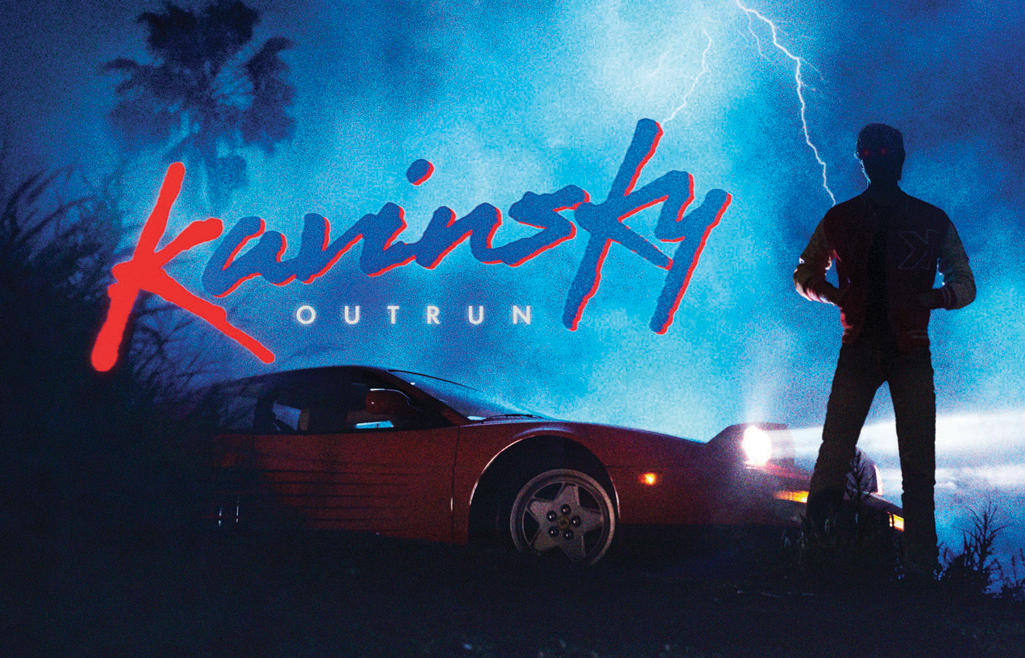 Gas up the DeLorean, friends. We’re headed back to the future with Kavinsky, aka Vincent Belorgey, and his debut album, Outrun, set for release on February 25th. Made über populaire by Nicolas Winding Refn’s 2011 action packed film, Drive, the French electro house maven weaves thirteen tunes around the backstory of a man who crashes his Ferrari Testarossa and becomes a zombie. Seriously! Go put on your Reebok pumps.

Outrun is a labour of love, an unrushed electronic compilation that took nearly seven years to make. Referencing video game soundtracks as an influence, Kavinsky begins the album with the narrative “Prélude,” a track that recites: “When our hero emerged from the burning wreckage, he and the car had become one, their souls spliced forever, leaving him to wander the night alone, invisible to everyone but her.” I couldn’t help but wonder which Magnum P.I. creator would kick themselves for not thinking up this one first.

From here on in, carefully crafted and synthesized sounds build an engaging compilation of mixed instrumentals and vocals that Kavinsky intended to be “cold”. The video game influence becomes increasingly apparent as calculated, jigsaw hooks stack together to break into “upper level” beats. But the tracks aren’t as cold as they are fierce, rich, and frantic, creating friction and inevitable heat. Acclaimed love song, “Nightcall,” is woven into the mix and provides a charming robotic relief, while others like the high voltage, ‘Testarossa Autodrive’ set a more forlorn tone.

Saga songs, the kind worthy of a magician’s act, are Outrun’s forte because instead of being comical, they’re cool. While the album may not appeal to those craving more typically structured verses and climaxes, Kavinsky has revived past sounds and made them versatile and fresh. Stay tuned, this zombie DJ isn’t finished yet.

Out February 25 via Record Makers/Casablanca/Republic