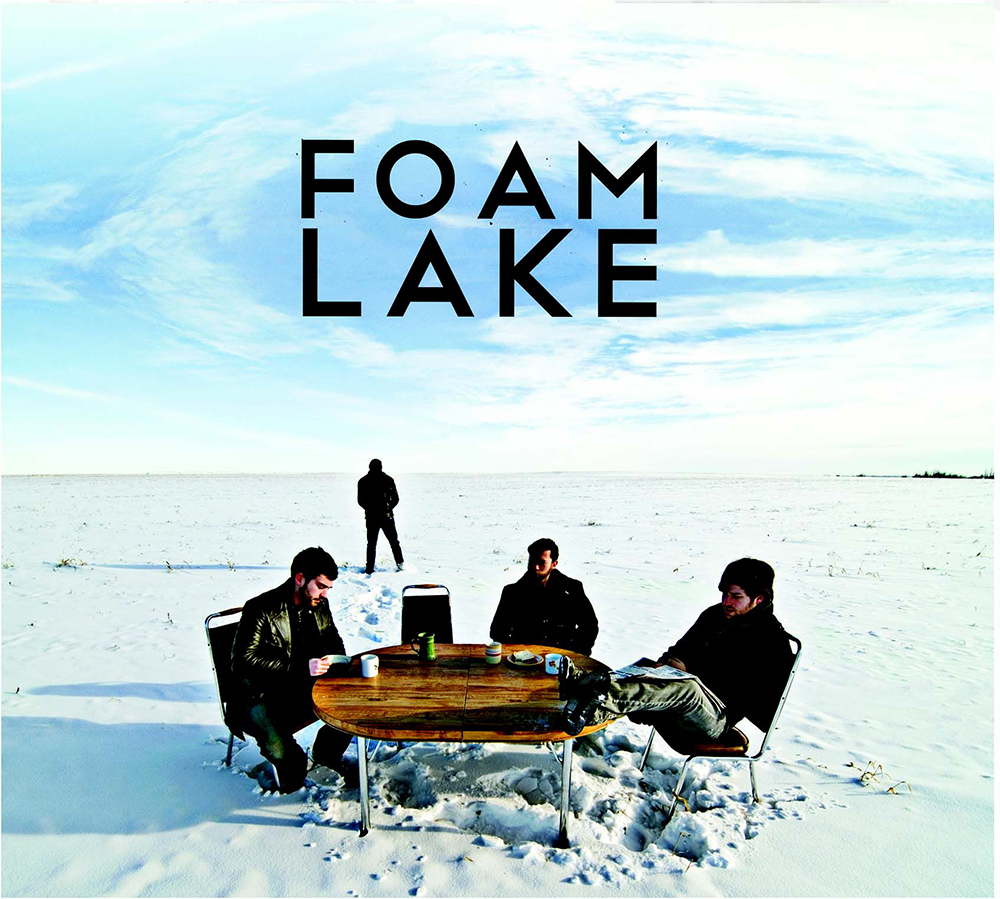 Is it possible to fall in love with a song?

Like, for real in love. Head over heels, listen on repeat over and over – love. The song ‘Black Hole’ by the  Foam Lake will make a believer out of you. The fusion of heartfelt lyrics with sincere vocals, tied together with strings and guitars makes this song a standout for the record, and for the band. The lyrics, “And sometimes the fog is lifted from sunken eyes…and ten years later, a man can’t remember his life” resonate, they kind of really mean something.

Foam Lake are four Canadian brothers who came together in a band. Not a unique story in itself, but the band certainly is. These four brothers make a fusion of rock and electronica that is at times sad and at times triumphant – at times confident, and then, introspective. The lyrics are interesting and fresh, the music powerful and deep. There are definitely strong rock songs, such as ‘Too Late’, another great song but for different reasons. This song is dreamy and soft, but at the same time, it is serious about rocking. The guitars and drums make it strong, and the vocals are up for challenge. It’s a beast of a song.

There are many great songs on this album, Force and Matter. “Fight,” “Force of Nature,” “Baggage,” and “Hemorrahgic Kills” are all great songs, in addition to the two already listed. Basically, the album rocks. They are smart, thoughtful, and use their craft to say how they feel in pretty creative, catchy way.