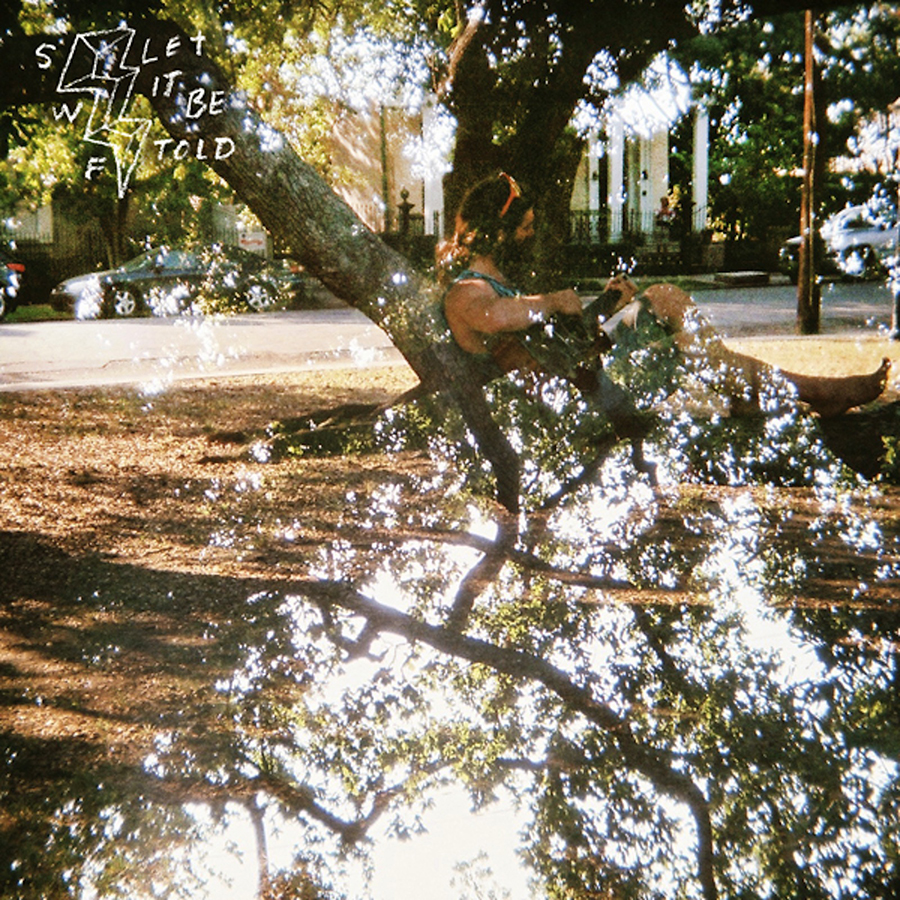 After listening to this album from start to finish over and over for the past few days I decided to scour the Internet to find as much information on SWF as possible. The man seems quite elusive but this is what I’ve come up with so far:

SWF, short for Stevie Weinstein Foner, is a bright-eyed man with a bad case of wanderlust. His debut album, Let It Be Told, was recorded in Memphis, Tennessee, with High/Low Recording. It’s a glorious combination of soul, blues, rock ‘n’ roll and my personal favorite: reverby lo-fi.

The album opens with “Black and Golden” and right away the guitar sucks you in with a Ty Segall kind of deepness. SWF’s vocals are unique and piercing but in a good way, not a cat way. And this begins the sojourn that is Let It Be Told.  I believe that SWF is our answer to rock ‘n’ roll after albums like El Camino and Blunderbuss left us dissatisfied. The best part of SWF is his ability to be eclectic in one album. There is a definite continuation of rippling, velvety guitar, but SWF has the ability to present this sound in different ways.

Foner arranges his music ever so slightly so as to present the listener with as many different tunes as he can. While “Black and Gold” has a definite rock ‘n’ roll feel, the album’s title song “Let It Be Told” has a much more folksy sound. Then with “Warrior” we are introduced to a completely raw, stripped down sound that reminds one of a combination of the Buzzcocks and Black Lips. Throughout the album there is also a noticeable appreciation of drums. Perhaps an Indian Warrior has erupted inside SWF as well.

SWF was mainly inspired during and after a rafting trip down the Grand Canyon. He’s been working on this album since 2008 and you can tell. The songs take you on journey that I’m sure is comparable to the one taken by SWF.

The album Let It Be Told is out October 8 via Mecca Lecca records. But you can get the first listen below.