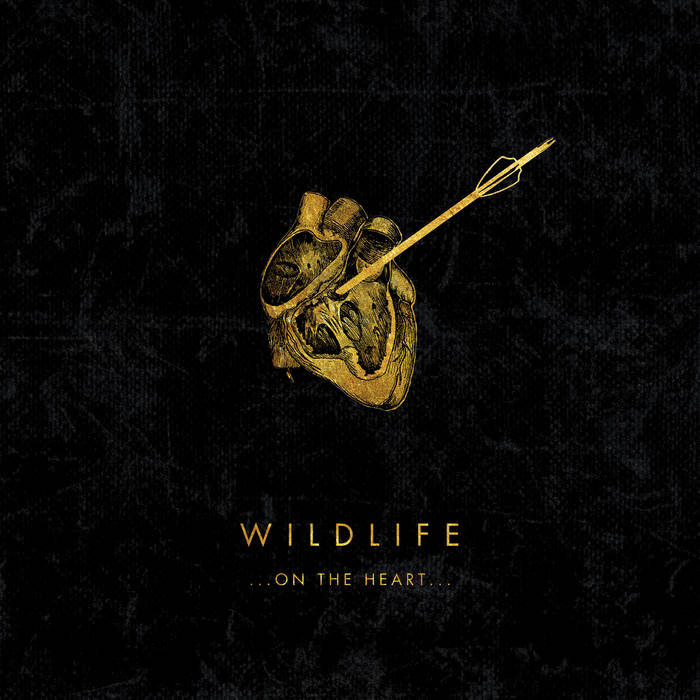 The problem with Wildlife‘s new album, …On The Heart, is that the audience may be underwhelmed—the  market has been oversaturated with bands that use similar musical styles, from the Lumineers, to Mumford and Sons, to Fun., and that may cause some people to overlook Wildlife. Which would be a shame, because …On the Heart is a really smart and sweet album—it is beautiful and breezy, filled with anthemic rock songs and sadder, more thoughtful odes to lost love.

“Lightening Tent” is one of those rock anthems, loud and powerful, and strong enough to shake any doubter’s initial opinion. “Two Hearts Race” sounds like an 80’s throwback, but manages to stay relevant with the smartly optimistic lyrics, “When two hearts race, they both win.” “Bonnie” is another great song from the album, fun and sincere, light and hard at the same time. And “Don’t Fear” is a perfectly heartbreaking reflection on a relationship in the midst of ending, with lyrics that haunt you– “You wanna break my heart in ten, drain the blood before you go,  so we can watch it all rain down, and see the saddest garden grow.”

Wildlife might be classified as an indie rock band, but they use enough electronic gadgetry in their music to inspire thought of crossover hit (particularily in the songs “Don’t Fear” and “Guillotine”), but they mesh both sounds so well that it becomes uneccesary to decide which genre they most closely resemble. However, that is the trend of late, as is the multi person chorus of voices—many rock bands are employing this musical tactic, and it again may cause some to judge too swiftly.

The truth may be that Wildlife is coming out at the worst time—or the best. It’s hard to know which way music lovers will go: will they be bored with songs that they believe are similar to more famous songs they already love? Or, will they use their minds (and hearts) and give the album a real chance? If they do, they will just might find their favorite new band.