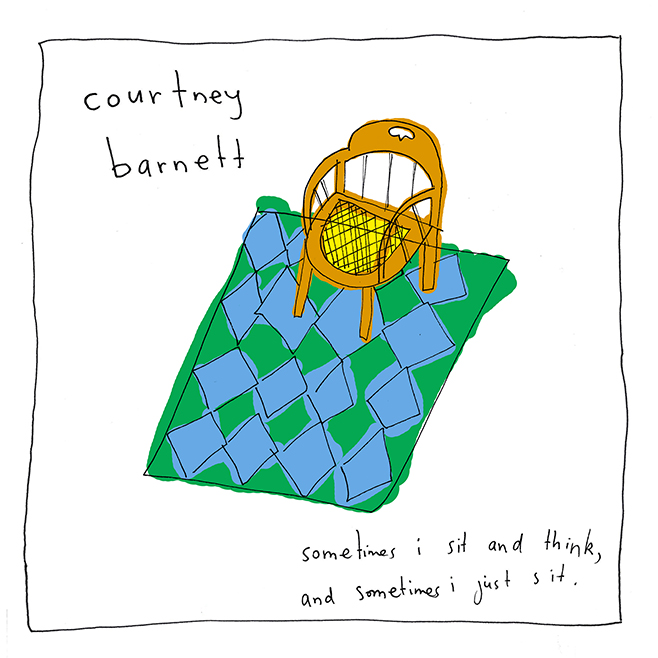 Courtney Barnett is pleasantly sardonic on Sometimes I Sit and Think, Sometimes I Just Sit. The tunes are Liz Phair with the pep of Kate Nash. On “Pedestrian at Best,” Barnett showcases her bitterly truthful lyrics: “tell me I’m exceptional/I promise to exploit you.” The song is a rant against the tumultuous tidal wave that is hype, or love and expectation in relationships, but it works as a bold opener for the era of Barnett. Her music will stand on its own brilliance, but will remain unapologetic if it doesn’t meet some critical standard. Like Phair and Nash, the main comparison being the witty but deprecating lyrics, the guitar heavy/guitar only tracks, and the unabashed female doing and saying something that is unexpected of her, the hope of “Pedestrian at Best” is that Barnett will be allowed to do what she wants next.

“Depreston” shows the singer/songwriter in a conversational love song to finding future habitation. Barnett lifts the Dylan-esque folk tendency of sing-talking, providing enough effort to carry the tune with a melodic lilt, but resting on apathetic melancholia. The metaphor of growth and building a foundation continues as the story-told couple is seeking out a home but making excuses for why each place is unsuitable. “If you got a spare half a million/you could knock it down and start rebuilding,” Barnett concludes with the blues-folk wail of her guitar lamenting that money erases all limits and creates boundless possibilities.

Barnett’s LP is fabricated mussed hair. The carefree almost spontaneous way in which she delivers her lyrics is refreshing and relaxing. Songs like “Dead Fox” relieve the tension of quotidian life by giving just a glimpse into unfettered travel. The lyrics spring from Barnett in an impromptu but spontaneous laid back drawl. “If you can’t see me/I can’t see you,” would be a line otherwise heartbreaking in some other context, but here it’s resigned and ready to move forward. This is just the way that things are.

Sometimes I Sit and Think, and Sometimes I Just Sit is a careful but laid back rumination on what makes life so banal. Barnett is refreshed Liz Phair without the explicit sexuality, or subdued Kate Nash without ever resorting to screaming and shouting. Available March 24th, the album provides escapism from droll life without losing its recognition.