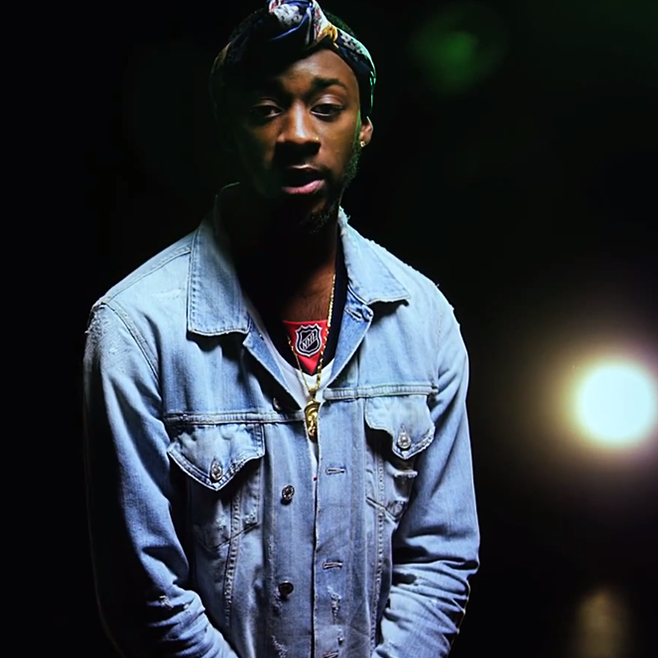 This past weekend, newly revamped venue Velvet Underground hosted Virginia rapper/singer GoldLink. With a new album out And After That, We Didn’t Talk that has gained recognition from artists and fans around the world, this was a show not to miss. Said to “bridge the gap between hip hop and dance,” GoldLink tests traditional boundaries of music and brings a fresh new sound to the stage. There is also something to be said about his fan base, who set the expectation for the night, which was surpassed and raised.

Opening the show were DJ’s Gravez and McCallaman. Although there were some minor issues with the sound, the energy in the venue never wavered and both artists were able to hype the crowd and prepare them for an unforgettable night. The sound paralleled the vibe perfectly, playing hits from the newly released Kendrick mixtape, Rihanna, and of course our hometown hero Drake. Both DJ’s were on point with their mixes and it was a seemingly flawless transition into GoldLink’s set.

The most refreshing part of the evening was witnessing upcoming talent having such a strong following. GoldLink knows the importance of his audience and the connection between him and his fans was undeniable. The vibe was so organic; it was almost like the crowd was letting everyone in on their secret. Similar to when The Weeknd first started and you knew how great he was going to be, but you didn’t want anyone else to know. The minute GoldLink took the stage, the energy increased and the show started. Opening with his hit “Bedtime Story,” GoldLink went on to mix old hits like J Lo’s “Get Right,” notes from Kanye’s new The Life of Pablo album and of course newer tracks like “Spectrum,” “When I Die” and “Dance On Me.” His energy could be mistaken for hype, but his clean sound and fresh beats matched his enthusiasm perfectly.