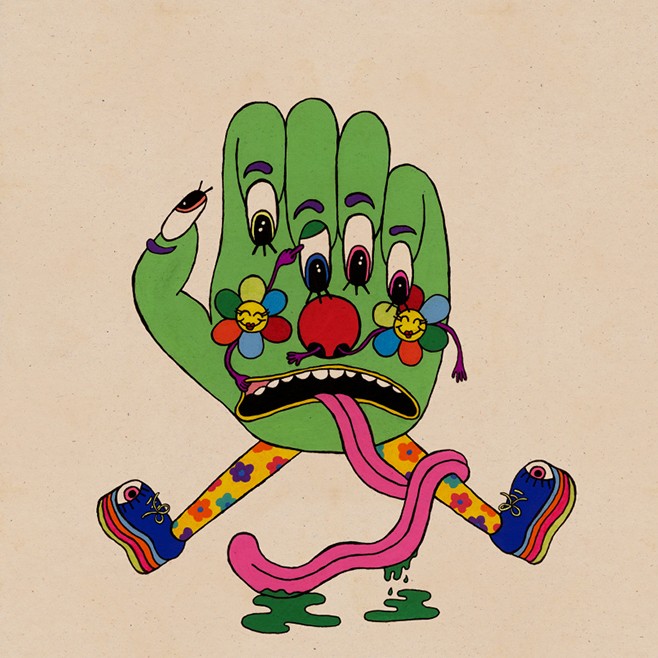 Baltimore’s Dan Deacon is at it again. His new album, Gliss Riffer, is fresh off the grill and makes it his most recent release in the past three years. Partly recorded while on the road with Arcade Fire, Gliss Riffer is Deacon’s concerted effort in trying to relax. A self proclaimed addict to stress, Deacon enjoys challenging himself. Always pushing it to the extreme, Deacon is known for working with hoards of musicians on the recording of his albums. Gliss Riffer, however, is a direct response to taking it easy. Self-producing the entire album, he revisited his old and profound ability to record an entire album by himself. The result is quite nice.

What truly stands out is how much Deacon sings on Gliss Riffer. Finding ways to achieve the sound of female harmonies with just himself, Deacon would slow down a track, sing his normal part and then speed up the track to achieve higher pitched harmonies. Deacon knows what he’s doing, having received a degree in electro-acoustic and computer music composition at State University of New York at Purchase. The album title perfectly sums up Deacon’s sound and playful side. “Gliss,” short for glissando, is an Italian word, meaning a glide from one pitch to another. Deacon is a sucker for glissando and commonly displays it in a lot of his songs.

The album appears to be an inward reflection on what is going on in his head. Lyrical themes discussing time, relaxation and spirituality swirl through the mix, sucking you into his weird, electronic wonderland. You can definitely get a worldly impression when you pair Gliss Riffer’s seemingly exotic percussion instruments and topics of relaxation. On the high points of the album, particularly, “When I was Done Dying,” a symbiotic relationship occurs when you find yourself in a trance that Deacon most likely created for himself. Using what sounds like a dulcimer and a kalimba, the song exotically finds its rhythm and is greeted by quite honest and up-front vocals. The vocals are delivered with prowess, growing more and more intense as each vocal line is stuffed full of rambling lyrics and delivered quickly and consistently. When the bass line comes in, all bets are off, it’s easily the grooviest song on the album. Deacon professes this is his favorite track on the album and I’d have to agree with him on that.

It’s definitely a chaotic, sonic world Dan Deacon lives in, and you find yourself relieved when he lets his grip go a little bit. Some of the more digestible tracks are the ones that don’t bloat your ears so much. Like a tone stuffed calzone, Deacon packs in so much musical meat, but sometimes all you need is just one bite. It can be quite overwhelming at times, but those little bites of Dan Deacon’s tone calzones are really filling.

Gliss Riffer is out now, so do yourself a solid and buy a copy. Put it on and either take a frantic run around the block, vacuum your rug, or put yourself in a meditative, transcendental state.