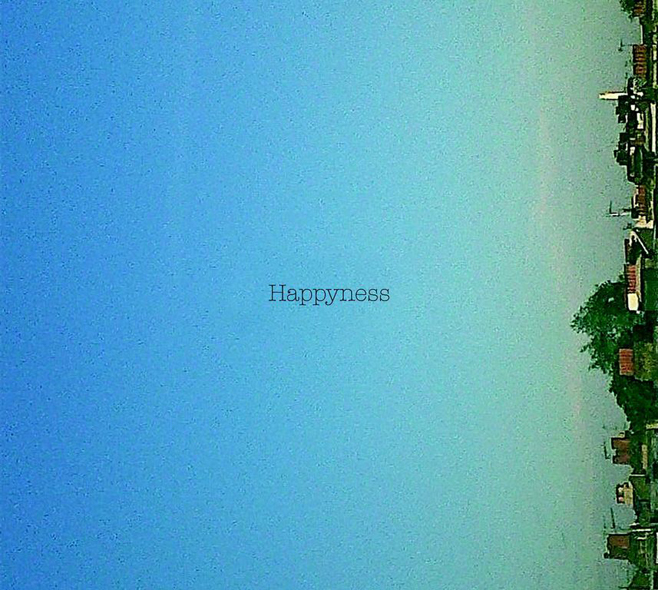 Happyness, a trio of three boys hailing from South London, presents a laid-back EP with analog feeling. The look of Happyness is akin to other British boy bands of a certain age…young, precocious Uni-aged gents, like Bombay Bicycle Club and Two Door Cinema Club. The similarities, however, begin and end with the fresh-faced band photographs. Happyness’ recording demonstrates a dreamier, quieter aesthetic; trading in a bright and shiny production process for a lo-fi recording.

The band takes after influences Wilco and Yo La Tengo with their keen ability to play around with tempo and energy, alternating pop tunes and less structured tracks. The record opens with “It’s On You”, a strong showcase of biting lyrical skills (“Remember when we broke into the park/ and you got laid and I watched”), a jangly, catchy hook and a vocal style infused with cool charm.

Following “It’s On You” are two tracks that have a desolate, vaguely “western” feel, another subtle nod to Yo La Tengo. It’s the music made for long afternoons; subtle and nonchalant, good for a long drive or two. “Orange Luz” and “Lascascadas” are mellow soundscapes flecked with hushed lyrics. The EP recalls a late ’90s-era Pacific Northwestern sensibility, yet still feels modern. Everything old is new again at some point, right? It’s strange to think that the ’90s-era rock is sliding into vintage territory, but this EP is a clever, creative reinvention.

The closing track, “Montreal Rock Band Somewhere” begins like a ’90s grunge tune; mellow and disconnected. The slow, driving drumbeat is paired with a hushed vocal style. When the track asks, “What do you do when you hate all your friends”, it adds to the lonely, aloof atmosphere of the entire EP. While at times the Happyness EP feels moody, it’s mostly a nonchalant record brimming with simple style. There are bursts of energy amidst a generally low-key EP that are endearing. All songs are inviting in their own way; each track adopts a slightly different style for a welcome variety. Overall, the theme and concept of the Happyness EP is clear and cohesive. It’s understated alt-pop made dripping with slight country influences.