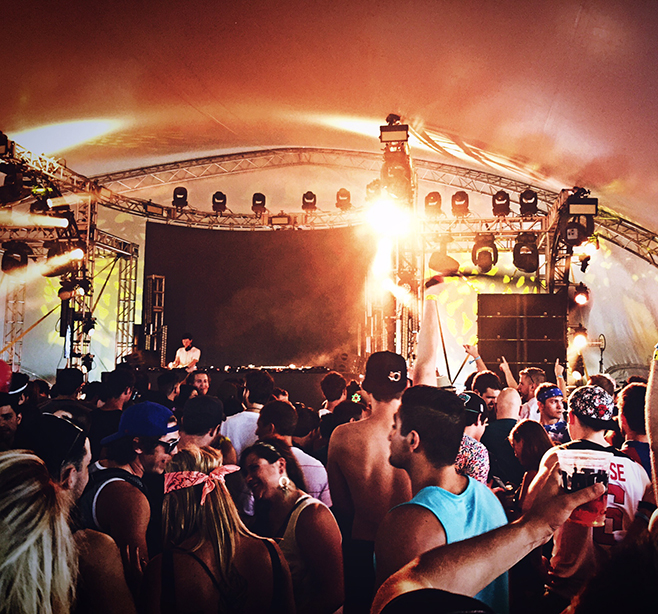 Chicago ushered in yet another music festival, Mamby on The Beach, and Quip is here to tell you all about it. Located in the city’s small, south shore neighborhood, Oakland, Mamby took over the beautiful shoreline for two awesome nights.

Mamby on The Beach stands out as a different music festival in Chicago as it leans heavily on preserving the history of Chicago as the home of House music. When you pair that with the city’s unparalleled summers, it’s really hard to be beat.

Young people gathered, shirtless in the sand, to dance to the likes of festival headliners Empire of The Sun and Passion Pit. With support from Phantogram, Royksopp, Cut Copy, Cherub, Tanlines, and James Murphy, each night was fueled by unadulterated dance music. 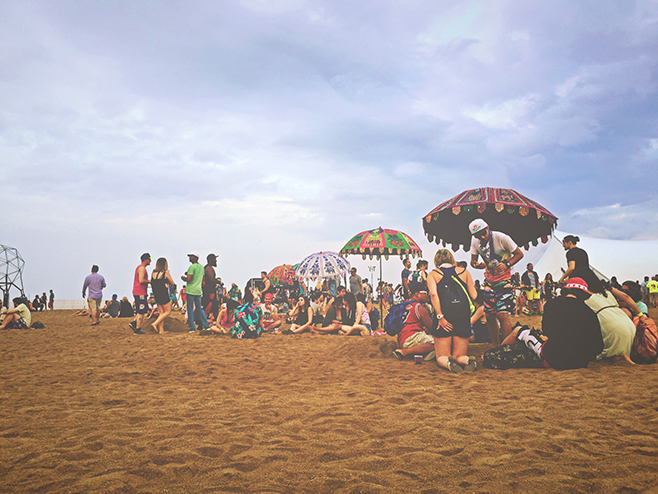 Eyes wide in pure, entertainment bliss, Empire of The Sun grabbed everyone’s attention Saturday night. Smoke and flashing lights spread thick around their elaborate stage costumes and beautiful dancers who accompanied the band. EOTS kept everyone guessing with its artistic performance art appeal. What took me by surprise is the fact that they achieves such a layered sound with only three members playing on stage.

Sunday was no easy contest either. Though I may be biased, Phantogram put on my favorite performance of Mamby on The Beach. Playing crowd favorites, and working the stage with impressive energy, singer, Sarah Barthel stole everyone’s hearts with her beautiful voice and non-stop smiling during the set.

Mamby didn’t feature too many festival frills, as it seemed mainly focused on the music. There was a spot to do Yoga, a mechanical Shark that people could ride, and a unique, architectural threshold to walk through, but it didn’t focus to heavily on those aspects. It had its VIP package that seemed noticeably nice. It came with the option to take a dip in Lake Michigan, a premium viewing area of each stage, and it’s access to hard alcohol. Sign me up next time!

Everything ran smoothly and smiles were seen for miles. Chicago’s skyline provided an excellent backdrop to the great weather that accompanied the festival for both days. Between the mechanical Shark and the non-stop dancing, I’d say Mamby made a great first impression. You’ll see me there again. This time I’ll ride the mechanical Shark though.