This was my first year at Riot Fest and I have to admit, I’m not revelling. Now this has nothing to do with the music. All the acts I saw were fantastic but I think there was a bit of overkill due to the 10th anniversary of the festival. Just because Humboldt Park is massive does not mean one needs to use every inch of the grounds. There were two Ferris wheels, why? The lack of intelligent design made it near impossible to navigate the crowd once the headliners began to play. I actually had a near death experience during “My Name is Jonas.”

Now that I’ve gotten my bitching out of the way, let’s talk tunes.

Saturday was the first day worth mention in my books. The weekend kicked of with my fellow San Diegan, Nathan Williams of Wavves. Television deserved a later playtime but even people of their era barely know who they are. Die Antwoord was just, well, weird but in a good way. It’s always good to get a little freaky at festivals.

Then it was time to bring on the mutha fuckin’ ruckus! Wu-Tang took the stage in a storm. Earlier in the year Wu-Tang made an appearance on the Daily Show to announce their reunion, so we’re sure to see more of them as the year crawls along. 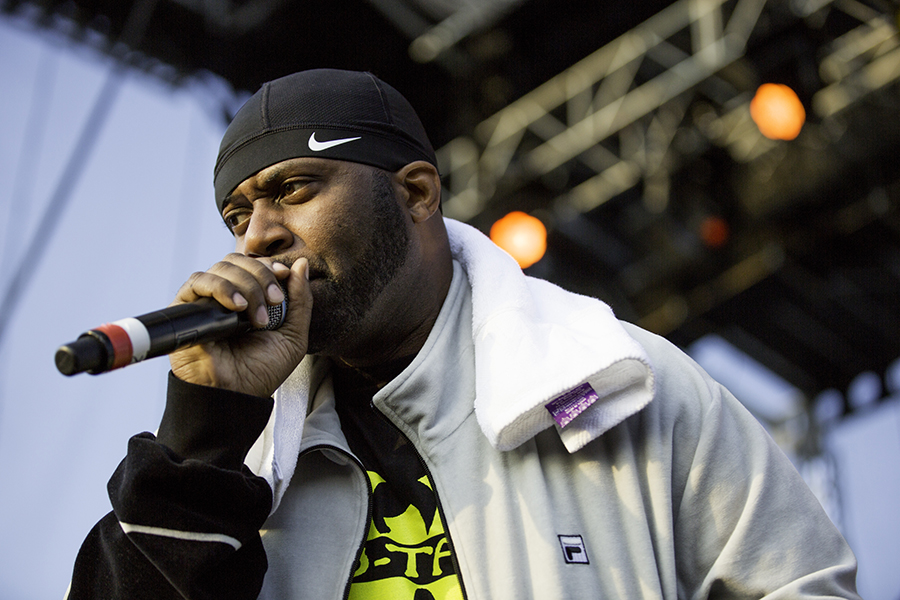 Metric (fronted by my ultimate woman crush Emily Haines) tends to be too radio friendly. But Emily Haines is a former member of Broken Social Scene, arguably one the most talented musical groups of our era. Emily Haines also has great stage presence. She was able to poke fun at the crowd commenting on how we’re all so emotional and the cloudy weather matched our mood.

The Flaming Lips performance was one the worst ones I have ever seen. Now, before you trolls start hurling insults let me say this. I love the Flaming Lips and think they have made some of the best music of the last 20 years but, Wayne Coin has gone too far down the rabbit hole. He’s a bit of a megalomaniac and I think the shows have become more about the spectacle than the music. So much so that they overloaded their mother board and almost couldn’t finish their set, which ended with “Lucy in the Sky with Diamonds,” a track they share with Miley Cyrus. So that’s where their career is.

Many people either love The National or hate them, claiming that they are just be sad bastard music, which they are but I happen to love sad bastard music.  Matt Berninger’s baritone entrances and evokes so much in the listener. Each member of the band plays an integral part. The thing I love most about The National is that they are a band that with every listen you discover something you didn’t hear that last time. A guitar riff you didn’t notice, or how utterly bizarre some of Berninger’s lyrics are (“A ballerina on the coffee table cock in hand”) I think the only thing missing from the set was “Sorrow.” How could they not play “Sorrow” to a crowd of emo kids? C’mon!

Patti Smith has been my hero since I was a wee, chubby, pre-pubescent lass. To finally see her live was an invigorating experience that reminded me of how important it is to be a strong, sensitive, creative dweller of earth. Patti Smith could lead a revolution. Patti called to her troops with growls of “ There is no such thing an un-cool people, you’re fucking free.” The day she played, September 14th, was also the birthday of her late husband, Frank “Sonic” Smith.  She dedicated “Because The Night” to him. She also did a beautiful rendition of John Lennon’s “Beautiful Boy.”  By far, best set of the entire festival. Patti Smith has and always will be a force to be reckoned with. “I don’t fuck much with past, but I fuck with the future!”

Weezer is one of those bands that started it for a lot of people. For many millennials this was the band that ignited their now deep seeded love of music. They kicked off their set with “Back to the Shack” and “Pork & Beans” and after about seven songs took a short intermission. It was a bit frustrating because I knew the blue album was coming but I also knew The Cure was happening, with out me, and Disintegration is one of my go to fall albums. Finally Rivers and the boys came back out on stage and broke into “My Name is Jonas.” The rumours were true. Unfortunately I could only stay till the end of “No One Else” before bolting over to The Cure.

Robert Smith is a living legend. It’s kind of insane seeing a band like The Cure. They have influenced so many artists that are extremely relevant and popular today and they’re still around! I got there right in time for “Friday, I’m in Love.” The Cure is a great band to end a festival with. The end of festival is always a bit somber. The weekend is over, you have to go back to the real world, and you’re deaf. But Robert Smith is proof that even after the house lights come on and the last cymbal has been loaded in the van, there’s still more to come. 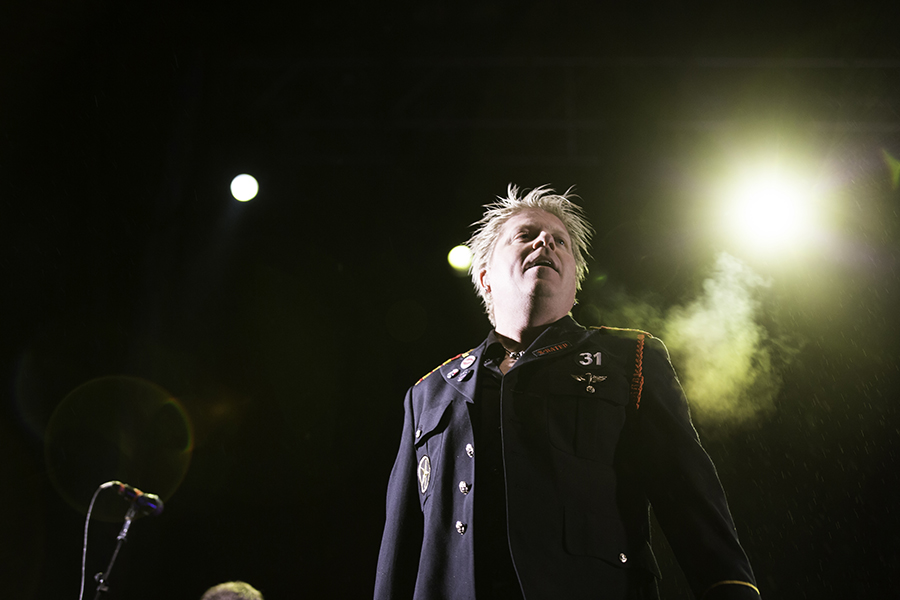