Sitting outside the Moonbean Café in Toronto’s Kensington Market, Dean Marino ponders a life outside of the music industry. “That’s the thing. Sometimes the motivation is ‘what else can I do?’ I’m not really programmed or trained to do anything else,” says the songwriter, producer, engineer, guitarist, and undisputed leader of one of Toronto’s most exciting bands, Papermaps, as he stares at a half-eaten oatmeal cookie.

It’s a fair statement. For the past half-dozen years Marino has been pulling triple duty as a professional musician, producer/engineer, and co-owner of Chemical Sound Recording Studio. One of Toronto’s premier mid-sized studios – which has been used by the likes of The Black Keys, Born Ruffians, Death From Above 1979, and Tokyo Police Club – Chemical Sound had been the centre Marino’s life since he and friend Jay Sadlowski bought it in 2005.

It was the studio’s unceremonious closing in February that gave Papermaps’ latest six-song EP, “Inferior Ghost”, a greater sense of sentimentality. As Marino wrote on the band’s website, “We decided to release an EP instead of a full-length because, regrettably, these are the last songs we wrote and/or recorded at our studio, Chemical Sound (R.I.P.).  That studio is gone now, but you can certainly hear it’s ambiance and magic in this record.”

“I guess [the songs] carry a bit of emotional baggage, you could say. More so than the other material, because with the other material the future of the studio was unknown then, and I knew I would be there for another seven years at that point,” says Marino.

Along with the closing of other Toronto studios like Signal to Noise and Sleepytown Sound, Chemical Sound’s shuttering signaled a shift in the Canadian recording industry.

“If it were only one factor [for the studio closing] I think we would still be doing it because we enjoy doing it but obviously the ‘state of the industry’ played a big part. Basically, we found that we were starting to work more for less,” recalls Marino. “Chemical is a really great studio and we got to work with a lot of really great people and I don’t think our problem, necessarily, was getting the bookings. We were a medium sized facility in a world where a medium facility, there’s just no niche for that anymore.”

For the average music fan, technology’s impact on the industry has been obvious, as file sharing decimated traditional album sales. Slow adapting major labels are experiencing record losses as they fail to come up with a model that effectively embraces the industry’s new reality. Likewise, unknown artists can record at home with just a couple mics and a laptop and become stars, like Bon Iver’s Justin Vernon. Caught amid this shifting power structure the studios have become the forgotten victims.

“With the, I hate to say it, but with the technology, the democratization of recording, it sort of made its impact on the industry. Anyone can make a record now in their house that’s a pretty decent-sounding record,” explains Marino.

“What’s happening is the middle is falling out now,” he continues, “So say you’re The Walkmen or Spoon or bigger, then you’re going to have the budget to work in a studio but if you’re an indie band you’re options are to work from home for the most part or maybe go into a studio for a day to do some bed tracks and then take it home and do the rest in your house. That became the M.O. of most bands and studios can’t really survive on that model.”

Shy at first, Marino – who describes himself as “an extrovert, but by practice and not by nature” – seems to get more comfortable as the conversation goes on. Staring down at his coffee and cookie on the patio table for the first few answers, he eventually begins to make more eye contact and open up. His love of the studio and his shy demeanor make sense when he discusses his childhood.

“I’m a bit of a nerd. I was a geeky kid in grade school that didn’t get a date to the prom or whatever. So I was a pretty inward child, I’m a pretty introverted guy,” he explains before talking about his grandfather; a WWII vet and engineer who worked on Spitfire plane engines. “He was also a musician and a painter and a writer, you know, and he really inspired me as a kid. So I got a lot of that from him because there was always books around my grandparents’ and at my parents’ house too. Books on how engines work, books on nature and so on, and being introverted I just dived into that world and it really informed me.” 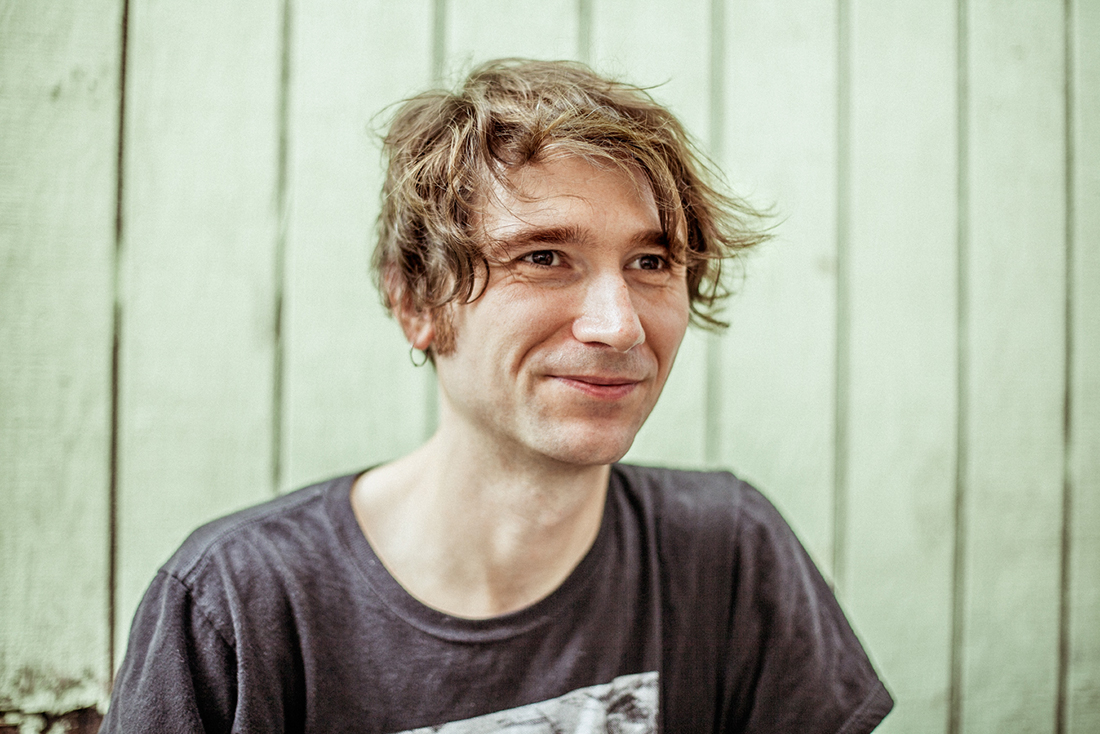 His curiosity about how things work translated into Marino’s early passion for music. “When I was a kid and I was listening to the radio – I used to listen to the radio a lot of and fall asleep with the radio on – when I visualized the music, I didn’t visualize the MTV video or the live band playing, I always visualized the studio.”

A childhood spent with one ear constantly pressed to a radio speaker not only resulted in a life spent inside a control room, but also in the type of songs Marino writes. The tunes on Papermaps’ 2011 self-titled debut brim with a classic ‘50s and ‘60s pop sensibility.

“I can’t get away from it because my parents never got a FM radio in their car when I was a kid,” he says with a bit of a laugh. “They were into The Beatles and early rock and roll like Chuck Berry and Buddy Holly and the Beach Boys and R&B,” he continues, “So that is my musical upbringing, my musical gene pool so to speak.  So it ends up in the music. Early on I tried to fight it, but now I don’t. I just let it happen.”

And Early on Marino was a solo artist under the banner of EX~PO, which he describes as “just me learning the ropes of the studio basically”. This early incarnation eventually morphed into Papermaps when Marino recruited the other three – drummer Bobby Lee, keyboardist Wendy Leung, and bassist Todd Harrison – to be his backing band on a 2008 tour in promotion of the EX~PO album “Central Meaner Street”.

After the band began collaborating on new material post-tour, they suddenly found themselves with a record deal with indie label, Sparks Music. “I thought it was a good time to make a name change. I wasn’t really happy with the name EX~PO to be honest. Plus, with the new blood in, adding ideas and things like that, it just seemed like the right thing to do.”

Despite the new name and increased collaboration, there is little doubt about who is leader and creative centre of Papermaps. Marino writes the songs and has final say on almost all band matters. This is no democracy, but rather, a benevolent dictatorship.

“I hate to say that but that would describe it. They call me the leader of the band or sometimes Wendy calls me the ‘Band Daddy’. So yeah, but I don’t rule by terror. I rule more by committee.”

Nonetheless, Marino says his experiences working with other groups as a producer and engineer taught him the value of having clear leadership. “I’ve been privy to a lot of band dynamics and I know a lot of time the infighting or little inner struggles within a band because there is no clear leader, can just cause procrastination and it just slows things down,” he explains. “I didn’t want that to happen with us.”

Nonetheless, the benevolence of Marino’s rule is evident in the recent band shuffle. When bassist Todd Harrison became uneasy with the increasingly hectic and time consuming band schedule, Marino took a very understanding approach to solving the problem.

“I think most bandleaders would’ve given him the pink slip at that point and said ‘let’s get a replacement in, see you later.’ Instead, Marino brought in Betty Dimo as the new permanent bassist and told Harrison he could play whenever he wishes as an extra keyboardist and guitarist.

Now nearing the end of a month long residency at the Drake Underground in Toronto, Marino and rest of Papermaps are preparing for the release of “Inferior Ghost” and an August tour of eastern Canada.

“Three years ago I would have said I want a record deal with some good distribution lines and playing shows on a regular basis. But now that we’re here I’m thinking I want to do more national touring and maybe even tour Europe,” Marino says of his plans for the band.

“Really, I just want to keep writing music and bettering myself and keep doing it, and the moment I feel that I’m not writing better than before, that’s when it’s time to quit.”

It doesn’t look like that’s going to happen any time soon. After all, what else is he equipped to do?