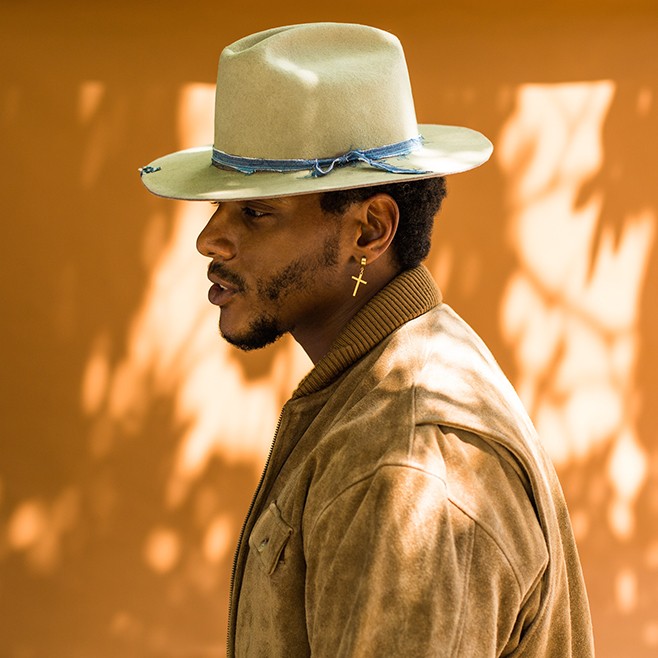 In a nutshell, Steven A. Clark is a North Carolina-born Miami-based R&B artist. Earlier this year, Clark released The Lonely Roller, a full-length album that goes through a series of relationship stories. Sounds pretty typical, but it’s not. The album is full of upbeat Americana-inspired dance tracks, despite the fact that some of them are about some damning relationships.

Whether he wants her or not, this album is really about loneliness. Which makes sense, in a way — Clark is an introvert and he’s pretty open about that. Being fans of his music, we wanted to chat with Clark about his music and the things that make him who he is.

Kateryna Topol: Let’s start from the beginning — what was your first memorable encounter with music?

Steven A. Clark: I guess Boyz II Men’s first album. Also, in the 2nd grade I auditioned for Christmas choir, where I sang “Silent Night” and I didn’t get in.  Painful experience.

KT: And how did you get into music more seriously?

SAC: Moving to Miami after I left college was a game changer. Just meeting creative people who were doing what they wanted helped open my eyes. It happened pretty naturally.

KT: The Lonely Roller is an album about reality, however pretty or ugly. Is it inspired by personal experience?

SAC: Yes, they’re all based on personal experiences with a little dramatization here and there. My music has been my therapy.

KT: How is the tour going so far?

SAC: Tour has been great! My music brought me across the globe and back. Without music, I don’t know if I would have ever been able to do that.

KT: You’re a self-proclaimed introvert — how does performing in front of a room full of people work with that aspect of your personality?

SAC: Before I go on stage, it doesn’t work because nerves are pretty high. But after a shot or three I’m ready to go.

KT: You’ve said before that people who knew you growing up wouldn’t have thought that music is where you’d end up. So, who were you growing up to be as a child?

SAC: When I was a little kid, I think I wanted to be in the army for a little bit, and then I realized the type of sacrifice that job requires. I also wanted to be a baseball player and fireman. Pretty typical kid stuff.

KT: Do you still golf?

SAC: Yeah, every once in a while. I usually feel guilty about playing because it’s probably my favorite hobby and I feel like I should be making music instead.

Q: Well, “me” time is just as important. What other hobbies or activities occupy your free time? Is building a Time Machine one of them?

SAC: [Laughter] No, I haven’t started building that yet, but I love hanging with my daughter.

SAC: Nothing set in stone. Might release more videos and some new tunes. Just gonna keep touring this album and keep spreading my music around. Hopefully I can make every single person in the world a fan of my music.

For a man who’s not all that much into talking, he sure does have a lot to say. But you’ll have to listen to those stories on your own choice of music device. I’m thinking vinyl in this scale is a very suitable option.