Remember Frankie Bones, the man known for giving mass appeal to rave culture in the US some time in the late last century* through a series of Storm Raves in various warehouses around the city?

To those who grew up in the 90s rave was not just a party it was a lifestyle and an ideology: peace, love, unity, and respect (PLUR) hence the yellow smiling faces, peace signs and everything neon. Rumor has it that PLUR became a thing after Bones broke up a fight with: “If you don’t start showing some peace, love, and unity, I’ll break your faces” statement. So live and learn little ravers of today, the only semi-original thing you have is Kandi but even that is an idea borrowed from the hippies.

Fast forward to last Saturday, 22 years after the last Storm Rave, Red Bull Music Academy brought the event back above ground. Just like in the old days Frankie Bones was joined by Sonic Groove’s Adam X and Heather Heart as well as techno pioneers Lenny Dee and Rob Gee.

A solid 40 minutes into the depths of Brooklyn, down a dark Bushwick alleyway through a chain gate, we find a crowd of people spilling out of a warehouse garage door blissfully chatting (shouting) in the rain. “It’s loud in there, in case you couldn’t tell driving up.” The Muse warehouse taken over by RBMA looked like a legit night club, parquet floors and everything. 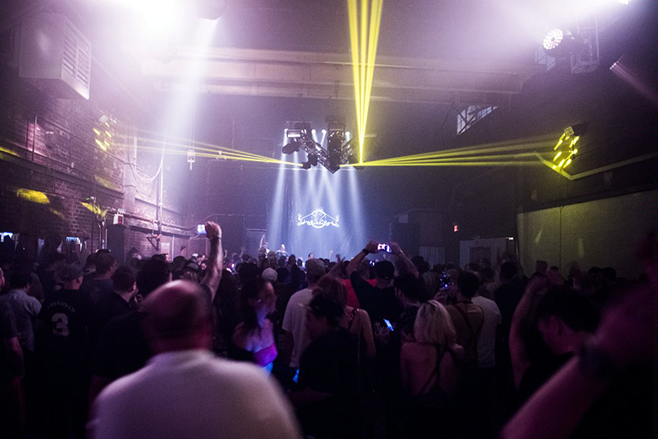 Over the last few years rave has entered the main stream through EDM shows and festivals, if you’ve been to one of those your view of a rave is blindingly bright small outfits on raging 20-something year olds and in many instances even teenagers. Storm Rave is not that. Storm Rave is an adult rave. The audience here are the original ravers coming out of cubicles, dusting off their wide-leg pants and breaking it down on the dance floor like 1992 has never left. My house is your house.

Admittedly not everyone was dancing, from the front to the back the crowd was thinning out and into a “patio” party as the rain stopped. Heart and Gee kicked of the reunion for the early crowd. As the rest of the city turnt, Lenny Dee and Adam X took the party into the night playing classic techno tracks occasionally mixing in various soundbites and samples from current R&B tracks. Frankie Bones took it all home with loud, dark, 2 hour set of punishing techno.

There are no parties like that any more, but that could just be the nostalgia talking. Lets recharge and do it again in a few months. 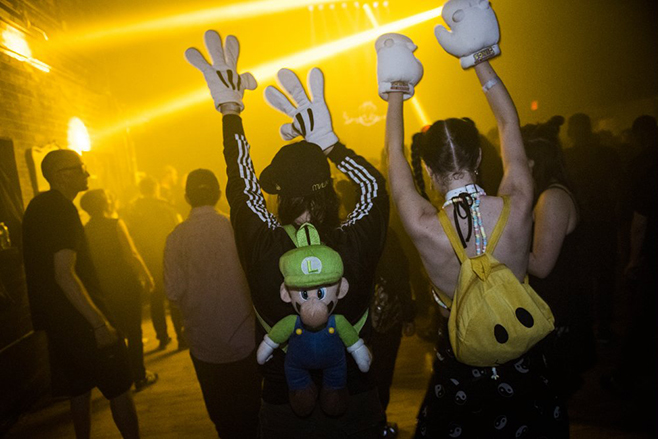