Shambhala is nestled in a valley on Salmo River Ranch.  The windy dirt road is dotted with signs saying “No Glass”,  “Drive Safely”, and “Welcome Home”.  The dirt road goes right through the farm that operates during the 51 other weeks of the year.  Cows mooed to the right, and pigs walked freely in the car lineup.  I arrived a day early with a crew member I met on Craigslist/Facebook rideshare page, and like everyone I met, she embodied the shared experience of the family vibe that aptly describes Shambhala.  It had been 6 years since my last Shambhala, and 10 since my first, regardless I did feel like I was coming home.  We slept in the truck overnight, waiting for the gates to open, and as the sun rose over the mountain we awoke to a running horde of grinning, yelling, brightly-costumed music enthusiasts.

Joaqopelli, a Native American Basque Gypsy, started Thursday off with a traditional flute performance at the Living Room stage, a beach stage with a casual feel beside the Salmo River.  The song called “Down spirits from the heaven to feel the power of the creator”.   The set was perfect for the 11:11am start, and set the tone for the Living Room stage for the rest of the festival.

The highlight of any music festival is discovering something new.  This year it was Big Gigantic.  The American Duo started in 2008, and combine live performance with “Djing”.  Funk, Dubstep, House, HipHop, Electro Soul, and Jazz all mixed with live drums, saxophone and keys.  The genres were all over the place, but each transitioned seamlessly to the next.  Some technical issues led to a late start, and the stage presence a little stiff at first, but that all became irrelevant as they got into the first song.  The dynamic between the two fits with the improv style that makes the live set so fluid with the audience.

Adam Shakih holds a special place in electronic music for me. He was the first DJ I saw almost a decade ago.  This year he played right after the opening ceremonies in the Grove.  A calming, lawn gnome covered venue in the woods.  The set was very relaxed and complimented the sunshine peeking through the trees.

DJ Anger is the embodiment of the mindset of the westcoast DJ.  The self taught, hip-hop influenced DJ plays a huge range, reggae, bass heavy, funk, breaks and more.  He calls Victoria home, and his influence is embedded in the Vancouver Island music scene.  Anger was the first DJ I photographed almost a decade ago, and has moved into producing, as well as helping aspiring DJs in the community.  He is involved in festivals, events, local sets, producing and DJing all over the place.  He is on one of the hardest working people I have come across.  Anger has helped build and shape the Victoria music scene, and it shows. 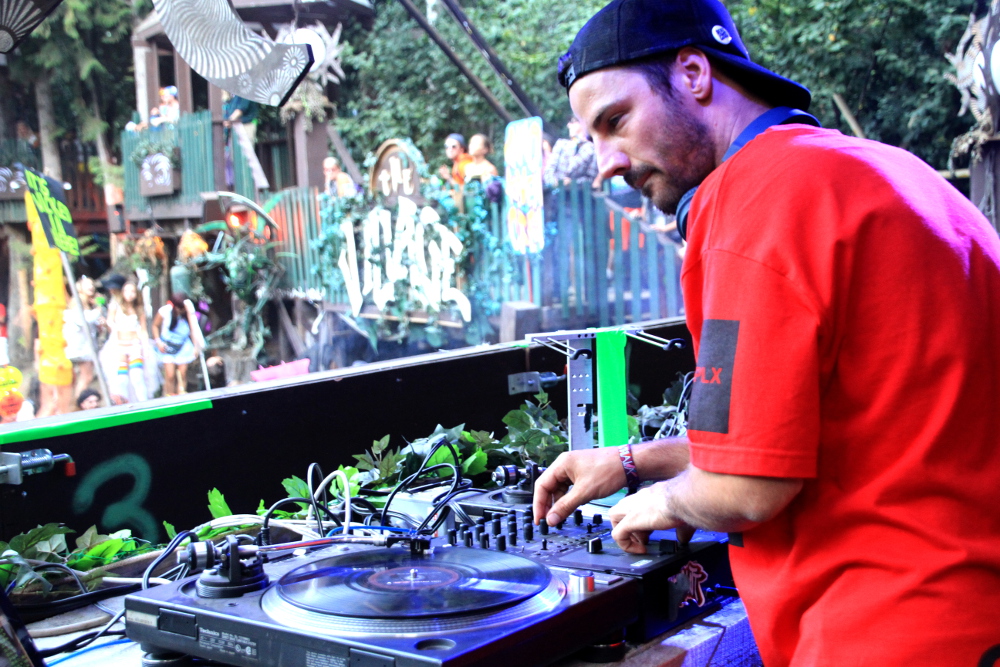 Dua & Generic also hail from my hometown of Victoria.  Generic has several DJ comp titles, a resident DJ, he teams up with DUA for big events like Shambles.  His sets are filled with glitch hop, drum and bass, dubstep, broken beats, while scratching and mixing his own tracks in.  This is an artist that is new to me, but after this performance I look forward to more.

Shambhala is more than music, it is a weird concoction of every genre of everything.  Morning yoga everyday, a unicorn parade, tourist guide tours, spirit hood gathering, potlucks, muay thai, tantric yoga, the rocket ship (you are placed between 6 gongs and they send you to outer space), aerial silk, and fashion. 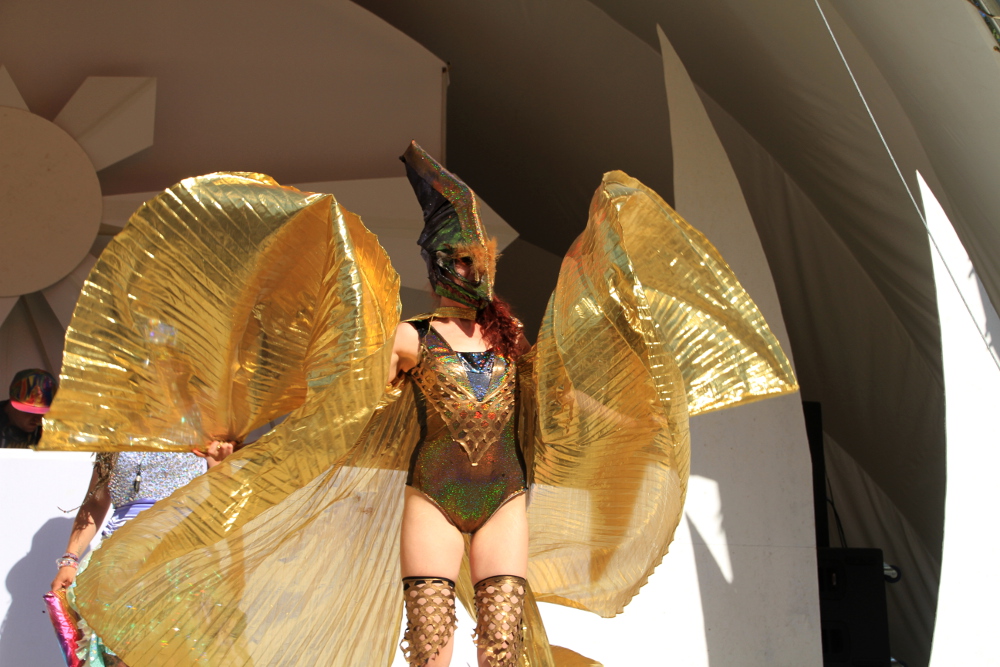 Each year local vendors put on a fashion show, highlighting things for sale, as well as varied, unique creations by artists.  Previous years had outfits made from garbage, cleaning supplies like rubber gloves, and pieces that were not traditional clothing pieces (like rubber chickens).  This year saw a lot of sparkle and shine, with some avian influence.

A voice for independent music and an explosion onto the music scene over the past few years, Griz played a phenomenal set that got the crowd roaring.  I am biased, my two favorite performances this year had live saxophones in them.  Self-described Future Funk is ridiculously appropriate, combining electro-soul, funk and live saxophone is refreshing for those who miss the sax laden songs of the 80s, which apparently I do.  Griz is young, and extremely talented, but I do not think he has peeked yet.  He has come really far, really quickly, touring with big names, and even headlining on his own, but I predict the next couple years there will be major growth into a far more developed and multi-talented artist.  Big Gigantic was the highlight for me, but Griz is someone to watch. 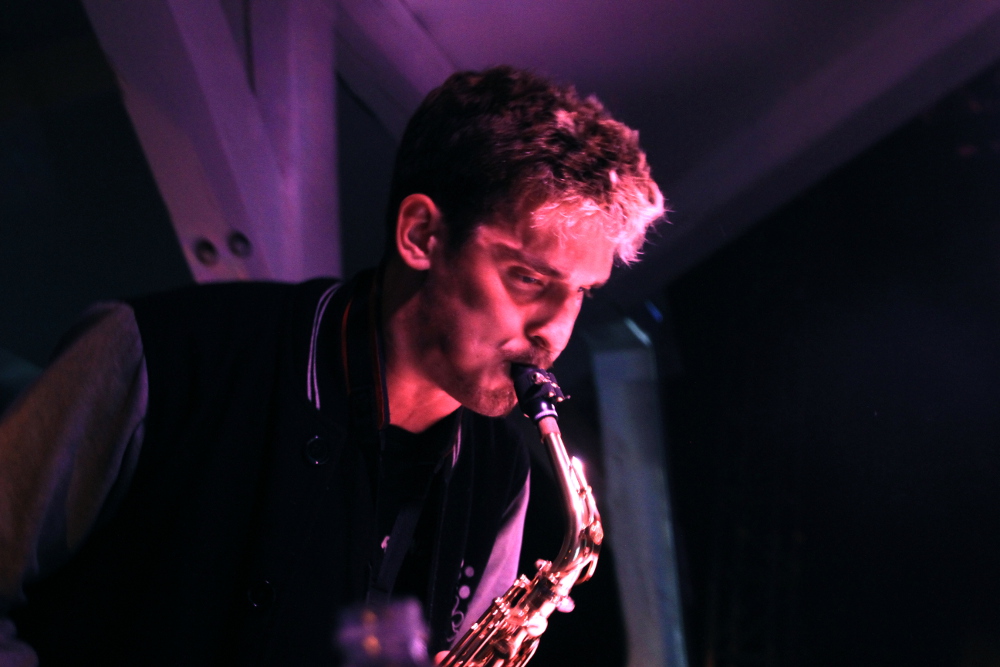 Ill Gates & KJ Sawka are the backbone of bass. KJ Swaka is a member of both Pendulum and Destroid, also providing beats to a ridiculous amount of DJs, while Ill Gates makes production tools used by countless artists.  Ill Gates has collaborated with Bassnectar, Datsik, and more, and this shows in the body-vibrating Bass that exploded from their set.  Halfway through the set I stopped, and tried to separate myself from the music, and all I could feel was my internal organs buzzing.

Authenticity is the sound she strives for. Ill-esha pulls out turntables,vocal loopers, keytars, and more in her set to create a sound all her own.  Her initial foray into music was drum and bass, then into glitch-hop, but she strives to break out of being pinned down to any specific genre.

Scott Jackson was an unscheduled, high-energy suprise.  Either technical issues, or delay created a gap in performers and Jackson stepped up.  Jackson’s skills in beatboxing come from illness, being bed ridden he developed his skill.   “How many of you like Michael Jackson?” he yelled to the crowd before jumping into a medley of songs, followed by a ten minute solo, freestyle beatbox.  This is not an art I am intimately acquainted with, but the range in pitch, sound, a term I have no words for was astounding.  The speed in which he switched between singing and percussion sounds, and jumping from song to song was something I had only seen in YouTube videos, which has minimal impact compared to seeing it in real life. 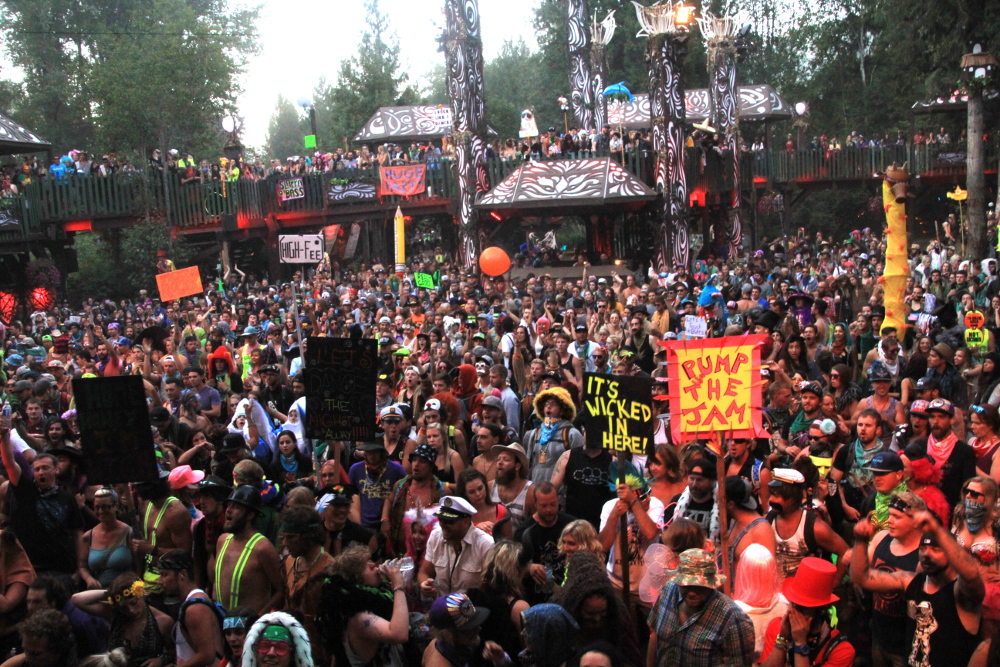 I was born and raised in Victoria BC, and, in a tongue-in-cheek way, we have a love-hate relationship with Calgary.  This is where I set my holier-than-thou, hippy, west coast, surfer, tree-hugging, granola munching, yoga doing, fishing, snowboarding hat, and legitimately compliment Calgary on its ability to produce musicians. Subvert, from Calgary, has been on the scene almost 20 years, a founding member and lead designer of PK sound, as well as the Village stage director is all about “bass that works”.  Synths, bassline, strings, in glitch and drum and bass create a deep, dark, sexy sound that resonates from the toes to the head.

Fractal Forest.  In the age of technology, Shambhala wants a piece of it to remain mysterious and untouched by the ravages of Facebook, Instagram, Snapchat, and Whatsapp.  As a result photography is banned in the Forest, thought that did not stop wide-eyed, enthusiastic dancers from sneaking a cell phone pic. Skratch Bastid worked the crowd with ease, but was followed by a unfortunately disappointing set by DJ Jazzy Jeff.  It came off as pop laden, top 40, and when the crowd did not react, he did not change.  I was at his performance in Vancouver last year for Quip, and he read the crowd and brought it to a riotous clamour, playing it like a skilled fiddler. Mix Master Mike faired better, but had lost a lot of the crowd from the previous performance. Neon Steve and Vinyl Ritchie had energetic crowds, while the The Funk Hunters drew a huge, effervescent, excited crowd.

Zed’s Dead.  My very first Shambhala, almost a decade ago, put me in a car with a stranger on the 12 hour (we took two days) drive from Victoria to Salmo.  That ride introduce me to Karl, who had a love for electronic music more than anyone I knew.  We became close friends, and after Shambhala I would receive a phone call whenever Zed’s Dead was in town.  “What are you doing tonight? It doesn’t matter, Zed’s Dead is here, we’re going”. Karl introduced me to them, among many others. He passed away a few years ago, and I have a special place in my heart, and my calendar whenever I see that they are performing.  I really enjoyed this set, but I will be the first to admit I am entirely biased. I saw Zed’s Dead for Karl, and I have no regrets.

Pretty Lights was surprisingly aggressive, and a little too loud. I enjoyed the set but was expecting a little more laid back from their previous performances, as well as being one of the last headliners on Sunday night.

Shambhala is a triathlon for music lovers.  A hugely varied artist list, and music running from noon-11am in some cases, it takes a dedicated, and energetic person to fully appreciate the festival as a whole. Bonobo played his set late Sunday night, and I was barely standing by the time I arrived.  Hailing from Brighton UK, Simon Green has been doing this for over 10 years and it shows.  I moved around the crowd as much as I could, and the most common phrase overheard was “I love this song” throughout the entire set.  It was a bit more relaxed than previous sets, but fit in with the late night last day crowd.  The set ranged his entire discography, and despite the fatigue of almost 4 straight days of dancing, the crowd refused to let this amazing performance be wasted.

Welcome home is a mantra that fits with Shambhala so well that it is almost comical.  There was not a single person I encountered who did not share the family, community, sharing vibe that the festival puts forward.  Walking from the campsite to the stages you encounter hundreds of people shouting “Happy Shambhala” “Shappy Hambala” “Welcome home” or just an outrageous, coarsing roar that starts on one side of the farm and ends on the other.  Flags, balloons, costumes, stilts, juggling, instruments and any other skill you can think of is prevalent.  This is truly one of the few places where, no matter who you are, what you do, how you dress, you will be accepted and acknowledged.