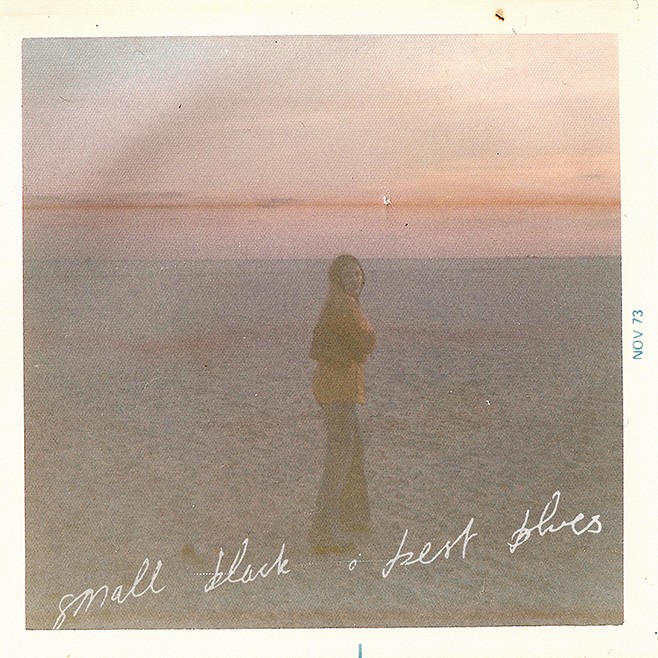 On October 16th Small Black will debut their third full-length, Best Blues, album via Jagjaguwar records. The band begins their North American tour a few days before on October 11th. I was lucky enough to get to listen to the record before either. Small Black sound has ripened since the last time I checked in with the band on New Chain. Best Blues was recorded in their home studio. The production level of this album is very clean so I would love to get a look at what this ‘home studio’ is made up of.  The band was lucky enough to work with Nicolas Vernhes who also helped produce War on Drugs and Deerhunter.

The album is said to encompass the idea of personal loss and the album cover was actually a found photo that Josh Kolenick tried to repair after Hurricane Sandy. Most journalists seem to be focusing solely on this side of the story. While I’m sure the natural disaster played a part in the construction of the Brooklyn outfit’s latest EP, I would like to hear more about working with Vernhes. Although Vernhes only came in at the end to help mix, I’d still like to hear that story.

The single, “Boys Life” is actually an old demo track that the band rediscovered. I’m not sure how old. They took over a year to record this album which raises the question of where the demo falls within the band’s timeline. It just goes to show that talented artists are always evolving and perhaps moving at a quicker pace than their listeners.  They also have a music video that accompanies the track, but it’s actually the story of a girl and her many lovers. The chorus repeats the line pictures of you. This must be a reference to Kolenick’s 2012 clean up and photo recovery.

Best Blues is a swirling synth pop album. The audio is the perfect backdrop to the most in-depth lyrics I’ve heard from the band. It also has a huge 80’s vibe going on. I could see this playing in the background of Labyrinth or The Breakfast Club. I suggest listening to it while sipping your morning coffee, going for a run or trying to hammer out some work.