This week has marked another stellar line up of events for UNITY Festival. The opening night took place at the MOD Club on Wednesday and featured some of Canada’s most talented beatboxers in an all-out war.

Beatboxing may not be a popular culture phenomenon but it is definitely one that is very much alive and well and is a big part of the local hip hop culture. What people tend to forget is that beatboxing is a lot of work, variety which these competitors delivered is mind blowing, causing the audience at times to completely forget that the sound – all of the sound – is made, simply put, by two mouths. 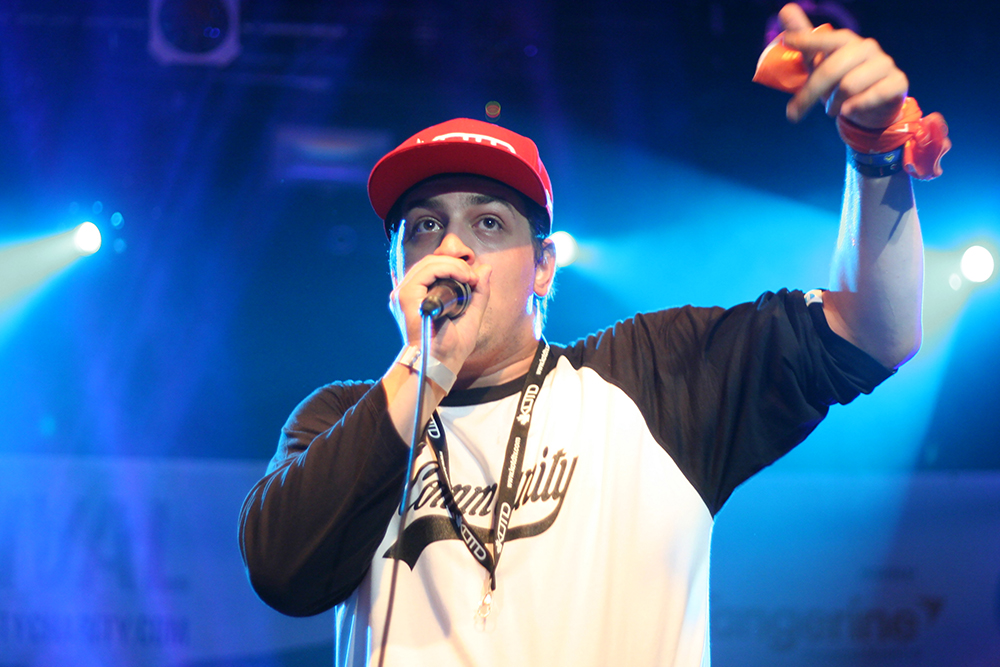 The headliner, Babeli, and special guests’ performances were a showcase of skill and experience. Word of Mouf took the stage before round two for a lengthy and an intensely impressive performance during which they did not even break a sweat. USA West Coast champion and a current judge Mr. Wobbles, on the other hand, turned it up a notch before the finals laying his vocal beats over turntable sounds. 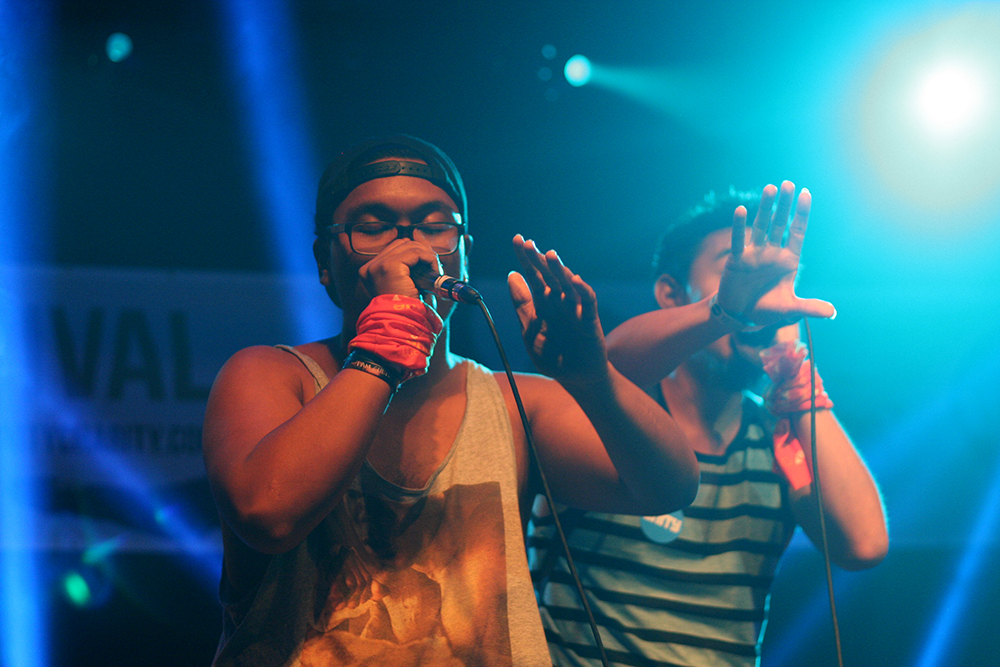 The main battle kicked of with YB & Roshe who immediately caught the room’s attention. But, as soon as Chris Celiz & Gene took the mic it was obvious who was going to win this battle. From there on things begun escalating: K-POM (Kenny Urban and Napom) brought in lyrics into their performance through a shockingly impressive appropriation of Timberlake’s “Cry me a River”. Regardless of their hard hitting beats and vocal variety,  Chris Fernandez and Andre Gibson did not stand a chance this round. 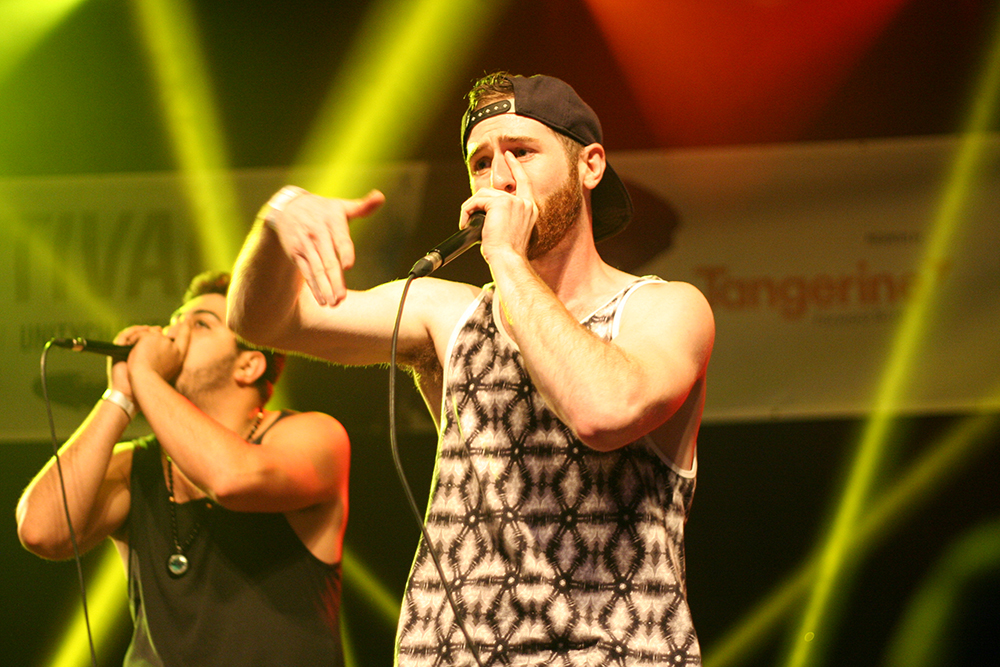 Up next were Full Throttle (Beatspawn and Enkaye) vs Outbreak 2.0 (Heat and Jaeger). Outbreak 2.0’s Ryan Buckspan later received the Tangerine’s MVP award. Heat and Jaeger definitely took the room by surprise as much as their competitors who, to level up the game, begun crowding the space of the performing beatboxers – it is, afterall, a batle. Lungz & Tungz represented Montreal playing against Fresh Boys (BBK and C Fresh), both teams delivered fast paced routines pulling in beats from drum and bass to jungle.

The highlight of second round was an impromptu totem pole by Fresh Boys, a first one for UNITY all around. Fresh Boys moved on to battle Outbreak 2.0 for the third place leading into the finals: Chris Celiz & Gene vs 2014 winners K-POM who, once again, slayed the stage winning two tickets to the American Beatbox Championships. 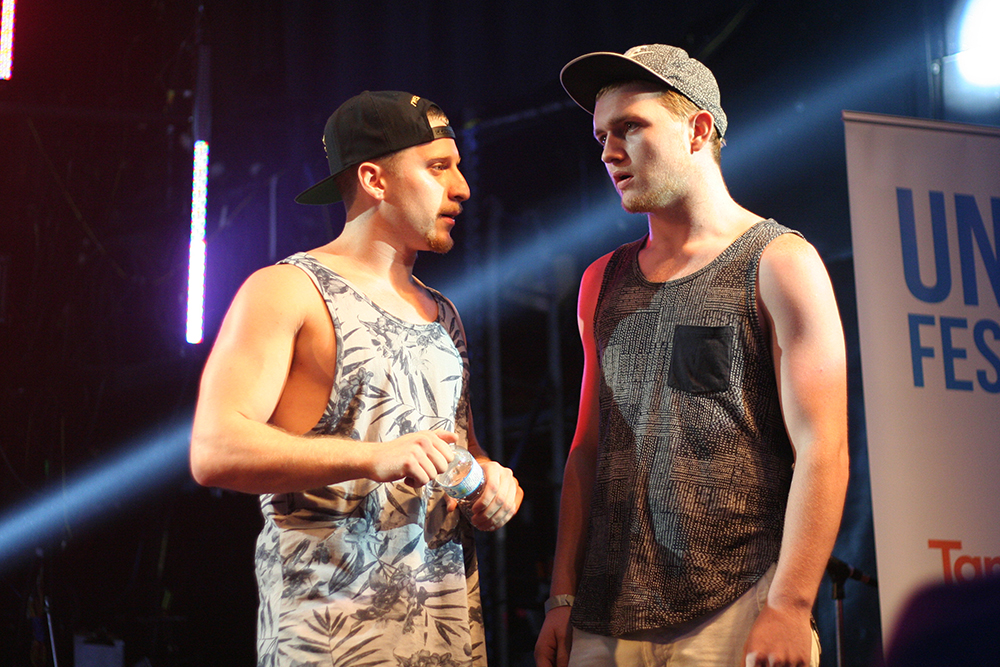