Rito Fest Chicago returns for it’s 15th year to Douglas Park on September, Friday 13th through 15th with headliners ranging from Blink-182 to the Violent Femmes. Other heavy hitters include the recently reunited Bikini Kill, Slayer, who’s playing their final Chicago show, and Wu-Tang Clan which makes for a lineup that is true to Riot Fests’ punk and alternative roots. With what began an indoor, multi-venue festival, Riot Fest has grown exponentially over the years to feature over 15,000 bands, including The Dead Kennedys and The Misfits.

As seen in the Riot Fest’s past, you’ll want to make sure to check out the wide range of music at all of the five stages. Artists such as Los Angeles trio, Cherry Glazerr, who recently released their punchy, third album, Stuffed and Ready and Ultra Q’s pop-culture inspired hits will make for a buffet of music options.

Aside from a stellar set of artists and bands, the festival will also include carnival rides, a smorgasbord of food and drink options, sideshows, and a live butter carving of John Stamos, because, well why not. You can check out all of the locations of food and entertainment with Riot Fest’s handy map.

Once you’ve had your fill of trecking around Douglas Park, check out the list of Riot Fest’s notable Late Night After Shows. With whats nearly as popular as the fest itself, the after shows are known to sell out, and this year is no exception. Additional shows have been added including a DJ set by Travis Barker, and if that’s of interest, you’ll want to jump on those fast.

Single and 3-day admission tickets are still on sale online. 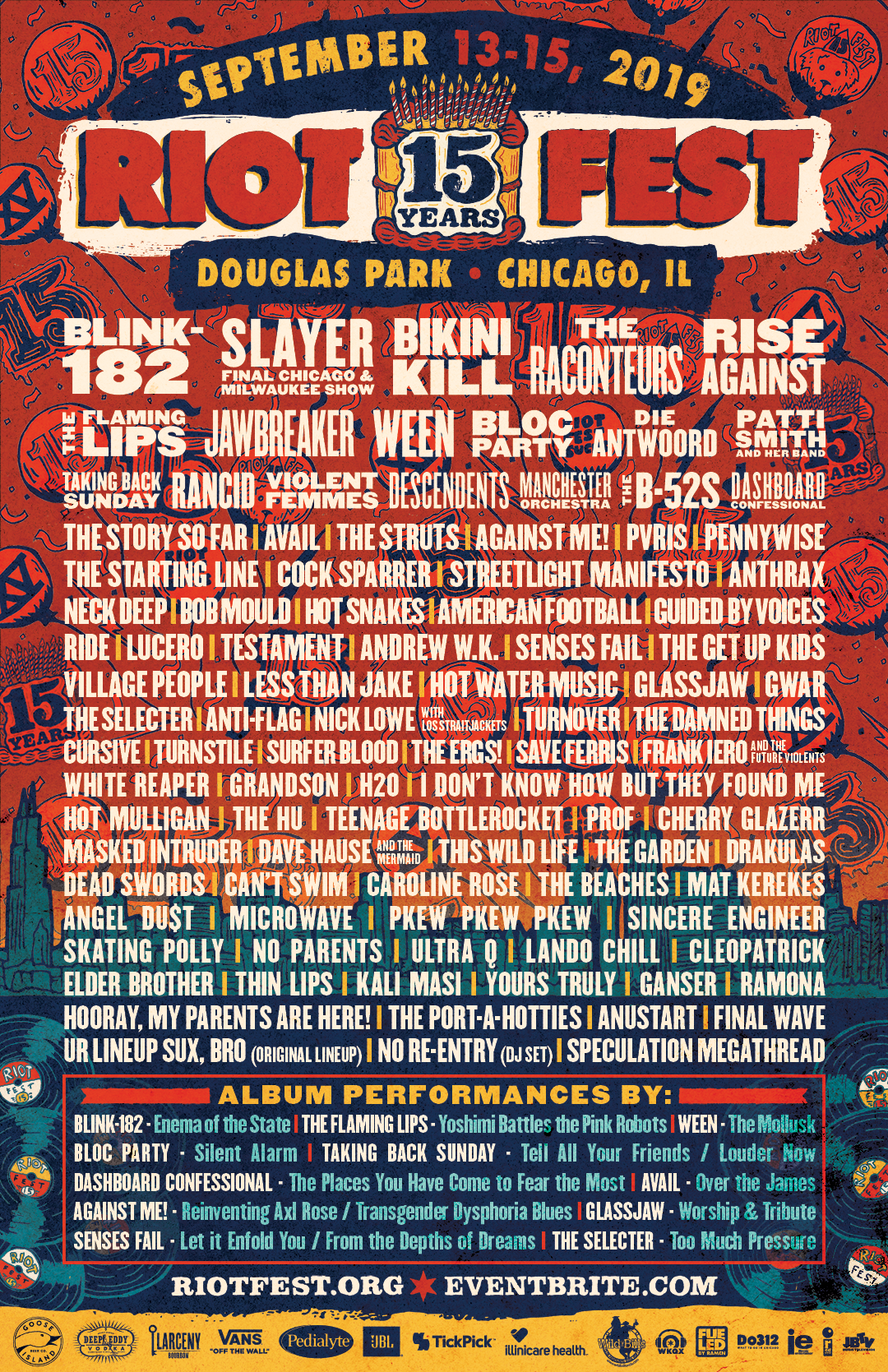