Sunday is always secretly my favorite day of any festival. I think because I’m a glass half-full girl and I see it as one last day to get out all your ya yas out. We kicked off the day with Mourn, a quartet from Spain (three of which are ladies) who are far, far beyond their years. I actually got the chance to sit down with them and have a little chat.  The interview will be up soon. But just to give you an idea, they sound like Patti Smith and the Pixies had a baby and their bassist is only 15 years old! Yay, I know.

We had to leave Mourn early to catch the wonderful strumming of Katie Crutchfield. Katie performs under the name Waxahatchee and she tours with her sister Allison whose band is called Screamin. Katie looked cute as button on Sunday in a dress very similar to the one worn by Suzy Bishop in Moonrise Kingdom. She also plays a Reverend, which is so perfect for her. It’s a boutique brand sold at pretty affordable prices. Waxahatchee is similar in the way that Katie is crazy talented but you can catch her show for about $20. 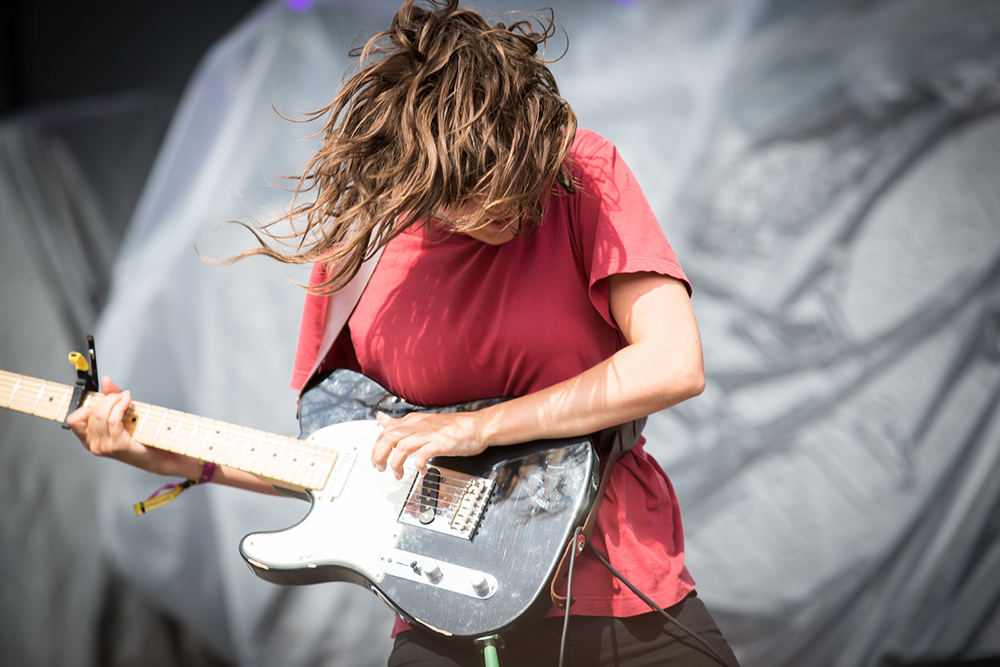 Next Courtney Barnett graced us in all her raw, furious glory. I just want to take a minute to bring to attention all of the kick ass ladies that performed this past weekend. It’s a good time to be a woman in the music scene, keep keeping on ladies. Barnett’s set was easily one of the most packed of the festivals. Her energy on stage was palpable and I love that she took the time to acknowledge the members of her band. Barnett played a telecaster, which I noticed seemed to be the choice of many musicians at the festival. Perhaps 2015 is the year of the telecaster?

Run The Jewels should have closed out the festival but their lack of Chicago heritage kept them from that. The minute they come onto the stage the whole crowd bursts into some sort of hedonistic frenzy. Everyone immediately lit up, slurped something down or chucked debris into the air. RTJ let us know they wouldn’t do much talking because they had some surprises coming our way. I knew right away once of those surprises would be Zach de la Rocha, which it was!! They also had Boots and Gangsta Boo join them onstage. RTJ ran a good line between having fun on stage and bringing to light some of the issues of our society. They dedicated one of their songs to all the young African American men who have been killed by brutal police force. 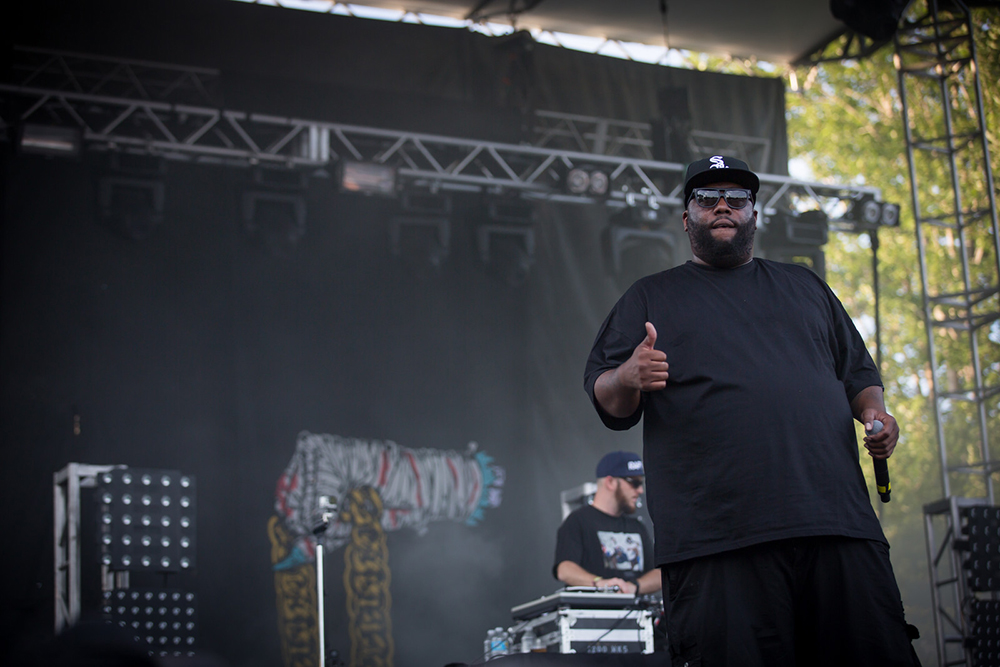 Chance The Rapper closed out the weekend and that’s all I really have to say about him. He’s a talented young man but I feel like it was impossible to follow RTJ.

Pitchfork’s 10th year was celebrated in full Chicago style; crazy weather, buckets of booze and great music. They were able to encapsulate so much of who they are with this lineup. They reminded us of our beginnings with bands like Wilco and Sleater Kinney. They proved that talent doesn’t know the boundaries of age with Mourn. They showed that they believe that women just as much as men have an incredibly powerful voice in the music world. Pitchfork is definitely proud to be a Chicago-based company but to them it really doesn’t matter where you’re from. Your race, gender, age or background doesn’t dictate what kind of music you make, your internal substance does.

More images from the festival can be found here.