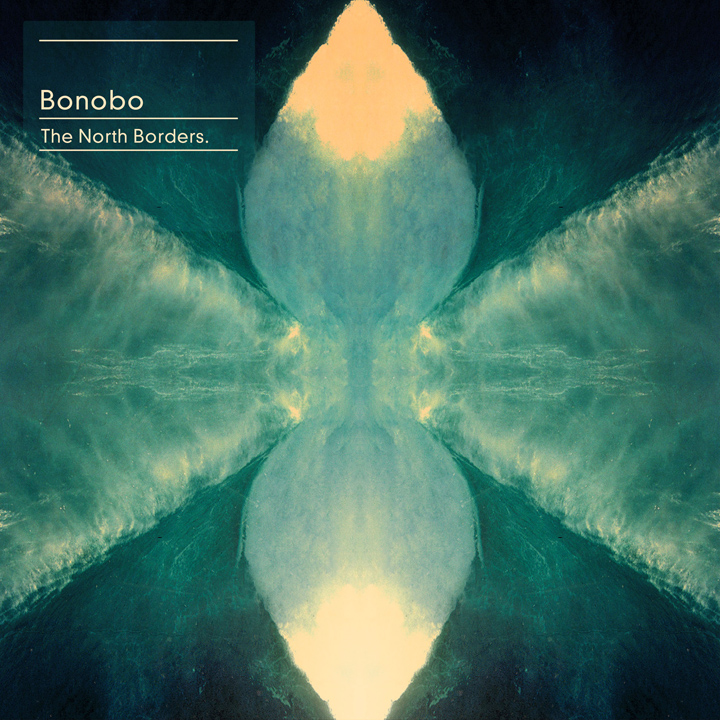 The 37-year-old British DJ, Simon Green better know as Bonobo, has dipped his toes in a wide range of music. He was a solo DJ building up his expertise and chops before embarking on his own more concerted band effort with Bonobo. The North Borders is Bonobo’s fifth full-length album, but their music has been coming out prolifically since the first release in 1999.

The album builds upon previous work while still providing a unique addition to the genre. Initially intended for release on April 1, it was pushed forward after parts were leaked by a label volunteer.

The North Borders is a minimalist album. It elicits twitches, spasms, and jerks that move with the oft off tempo beat. On songs like  “First Fire”, the beat is a series of clicks and finger snaps dissolving into a string section for the final denouement, and the vocals are monotone emotional.

Although the album more heavily borrows from EDM, club, and dubstep, a variety of world instruments are effectively employed to prevent Bonobo from being another electronic music replica, interested in just the sweat of the audience rather than the swaying and the deep reasoning behind each sway.

The instrumental tracks provide their own fun. Some songs are built to allow the listeners’ imaginations to fill in the gaps. “Cirrus” is spacious enough that the listener begins to hear voices and stories, whispered ideas that are distant and almost comprehensible. There’s a story developing around the aromatic beats and thrilling strings, and there is space enough for it to be unique for each listener.

The instrumental tracks are buildings here where all the doors of the apartments have been left open, the radios are loudly blaring, the food is sizzling, families are sitting at dinner tables, and televisions are describing the local news.

Where there are vocals, like in “Heaven for the Sinner” with Erykah Badu, they work to carve the song into a reflection of a jazz club. The impression of drums is both soft and powerful. The lights are dim and a mood floats from the speakers.