The Pittsburg-based experimental rock group Black Moth Super Rainbow  took to the stage on Saturday with a somewhat sinister vibe. Ryan Graveface (guitar) looked like an executioner with his hood draped heavily. Iffernaut (drums) was clothed in the garb of a ninja.

Notably one of the most eclectic crowds gathered for this show, it comprised of everyone from ravers, to preps, to your dad. The band opened with “Hairspray Heart” off its latest album Cobra Juicy that was completely funded by Kick Starter. The backdrop for the psychedelic troop began as a sort of film entitled Hairspray Heart during which a creepy man painted in stripes lip-synched along with Tobacco (vocoder). The shots then switched from the film to that of David Lynch-like  shots of children’s playgrounds in front of power plants and cemeteries. You see what I mean by sinister? I began to notice that as the songs progressed, so did the intensity of the color in the shots, slowly realizing that the trees aren’t green but purple!

The combination of trippy visuals and ghostly vocals took control of your brain and made it hum and vibrate at a high frequency of freakiness. The guitar sent your brain on loop-de-loops until you couldn’t control the moves you began to make. Just like a rambunctious beast finally released from its cage, BMSR exploded on stage. The drums gave you a beat that you could step to as well. BMSR mastered putting their fans in a trance of danceable synth psychedelic that had everyone reveling in a bacchanalia of sound. 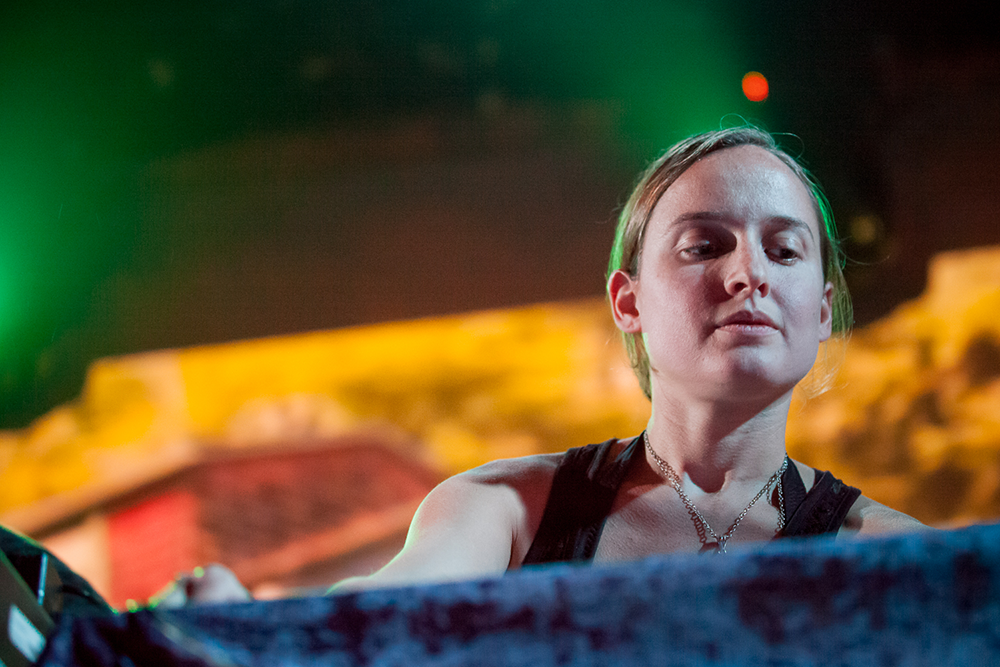