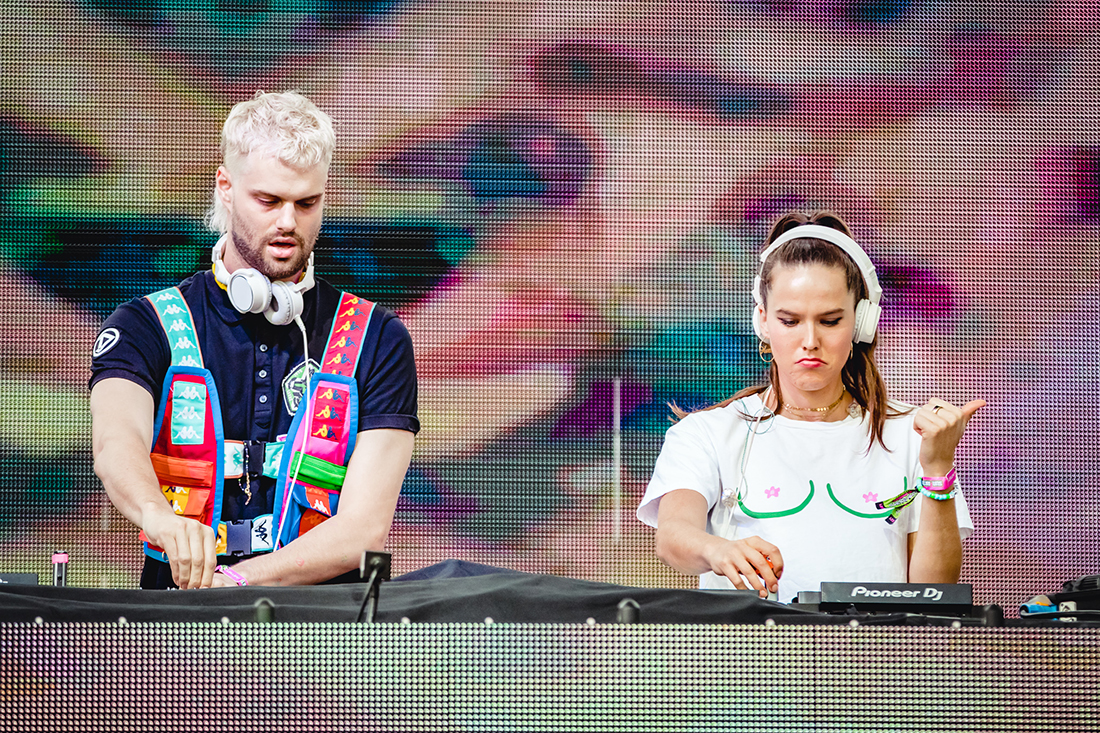 It’s always a sad feeling when outdoor music events have to come to an end in Chicago. In past years, events such as North Coast Music Festival or Riot Fest would wrap up the festivities but after a year like no other, the festival season ended with what usually starts it all off: Spring Awakening. As the name infers the event usually takes place earlier in the year but it was postponed to later in the year and labeled the “Autumn Equinox” edition. So now that the big EDM showcase returned, we made sure to end the season with a bang!

The two-day event wasn’t without its hurdles, however. Due to thunderstorms throughout the weekend, event organizers had to evacuate everyone and hold off performances for safety reasons. It wasn’t until later in the evening that fans were allowed to enter the grounds in a slightly chaotic manner. While most of the DJ sets were cut completely, fans were still able to witness an hour or so from Zomboy, Bear Grillz, and ended the night on the high note with Excision‘s “Feel Something”. 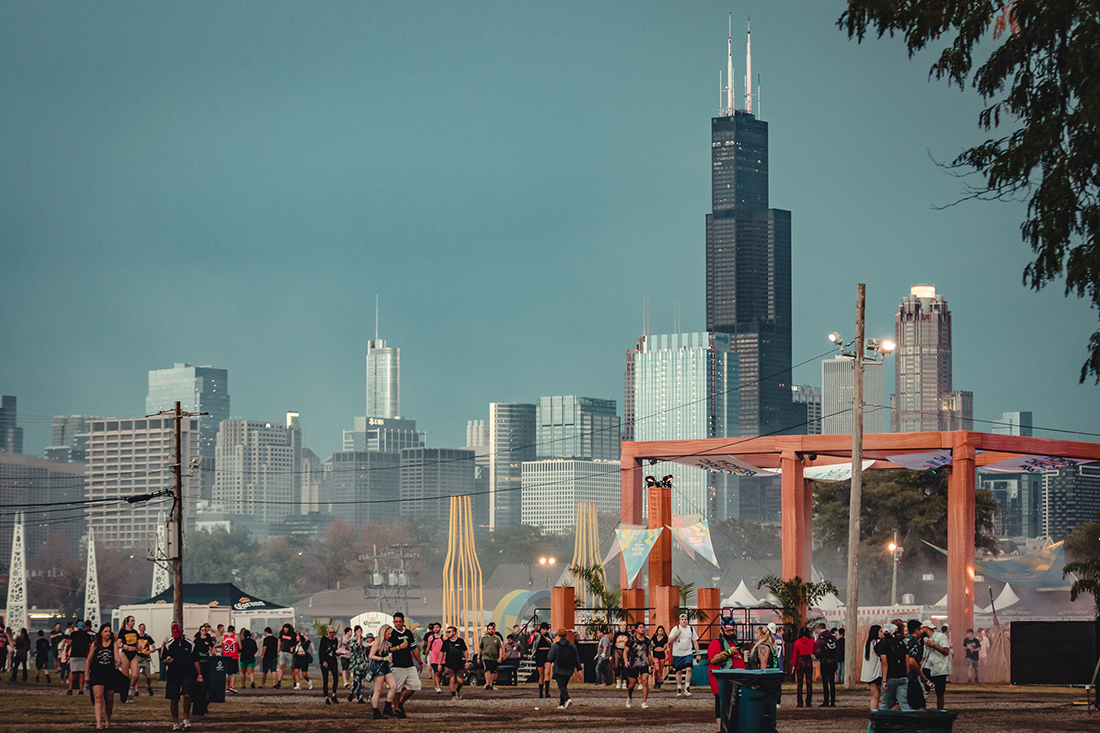 Sunday things went a little smoother. Yes, for the first two hours it was constant heavy rain but there was no thunder so crowds huddled under sparse trees taking shelter while others just literally, soaked it all in. I was fortunate enough to be under the beer tent enjoying drinks with new friends while listening to Said The Sky in the distance playing Panic at the Disco’s “I Write Sins Not Tragedies,” taking us back to yesteryear. Once their set was over and the rain stopped pouring it was time to finally walk around and explore the stages.

The grass hadn’t recovered from the downfall so mud was everywhere yet everyone was looking fly and no mud would ruin a good time. At the Solstice stage, electronic duo Sofi Tukker (Sophie Hawley-Weld and Tucker Halpern) were going hard with Daft Punk’s “Technologic” accompanied with screeching alarm noise while their slogan flashed rapidly above. What fans appreciated most it seemed is the duo playing house music inspiring Sophie Hawley-Weld to sing “House Arrest” while Halpern commented: “we got a little wet, but that’s how we like it Chicago!” 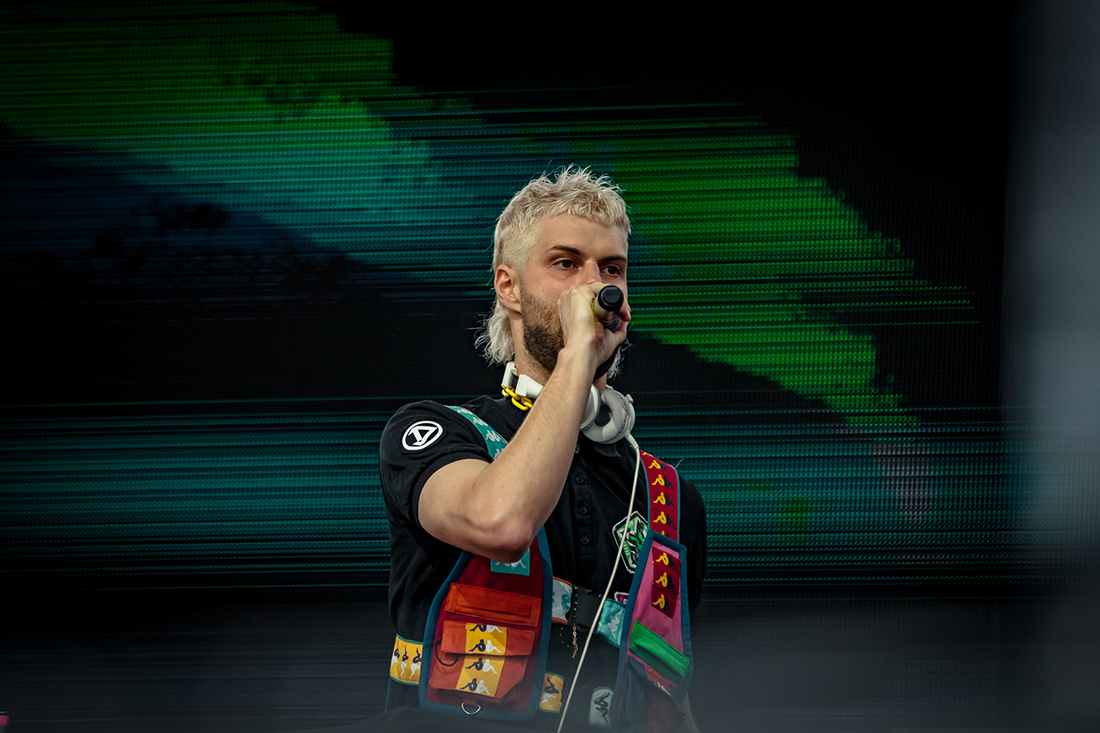 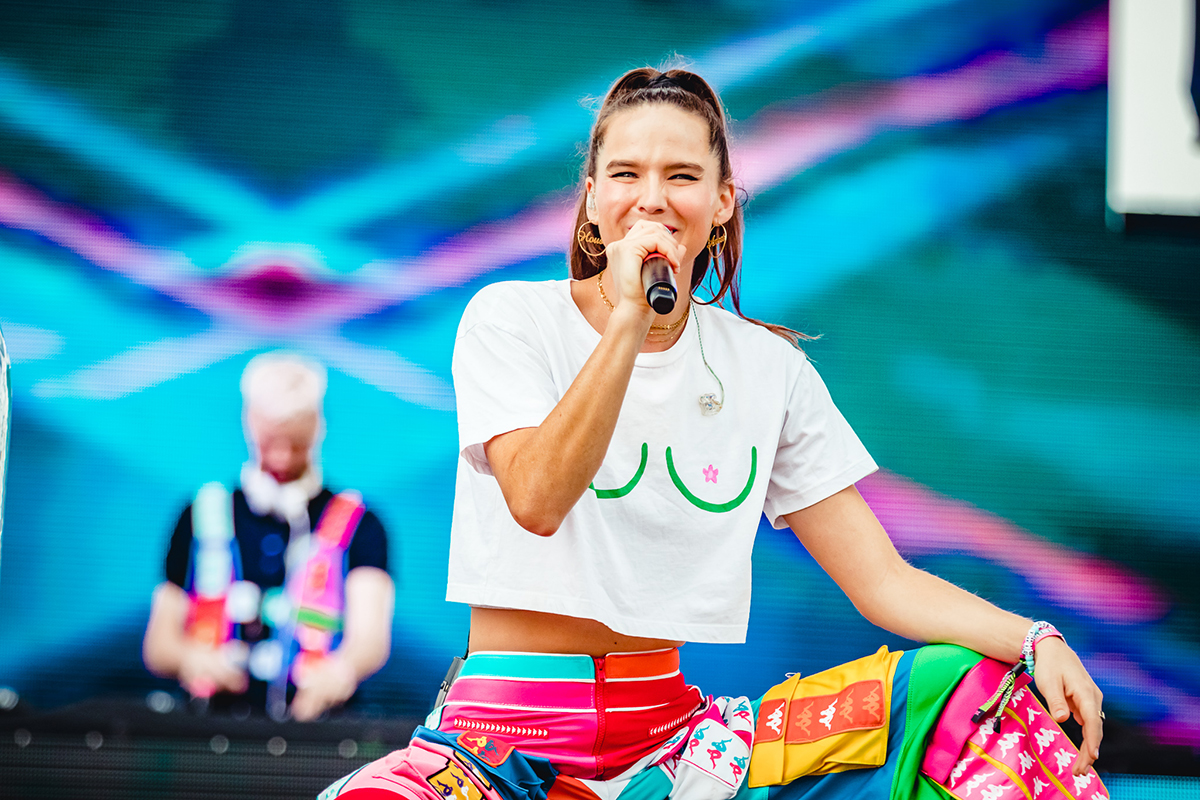 One of the best sets of the evening was Atliens. Wearing a silver mask with beaming red eyes that pierced the soul, the duo put on one hell of a performance that got me and nearly everyone in the crowd moving to their perfectly blended modern wubbing bass with classic hip-hop tunes. The duo mixed Rich Boy’s “Throw Some D’s”, Ludacris “When I Move”, and songs off Kanye West & Jay-Z’s Watch the Throne before moving on to some heavy robotic bass drops.

Dillon Francis is a regular at Spring Awakening and a set that must not be missed. Francis played through a mix of genres, mixing Kanye West’s “Runaway” into My Chemical Romance The Black Parade then taking it back to the disco era with ABBA’s “Dancing Queen,” for example. He then continued with Madonna’s “Hung Up” switching to Earth, Wind & Fire’s “September” before getting people into all the feels with Blink 182’s “I Miss U”. Typing that it sounds like a jumbled mess but that just shows Dillon Francis’ admirable ability to pull off such a mix. 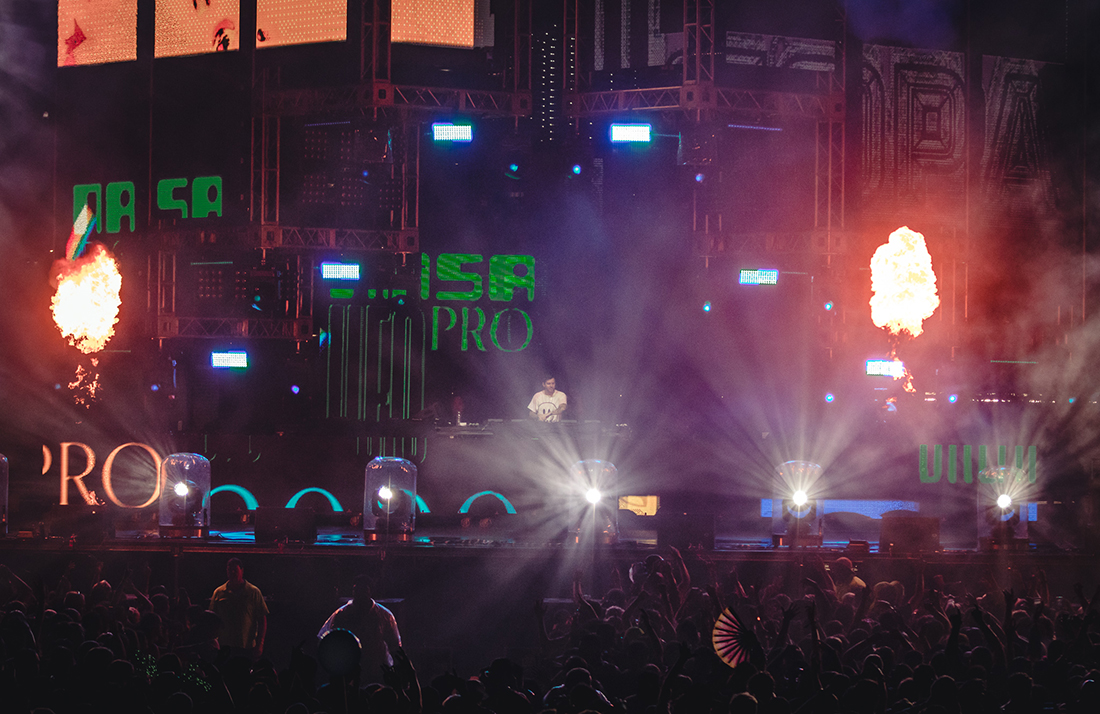 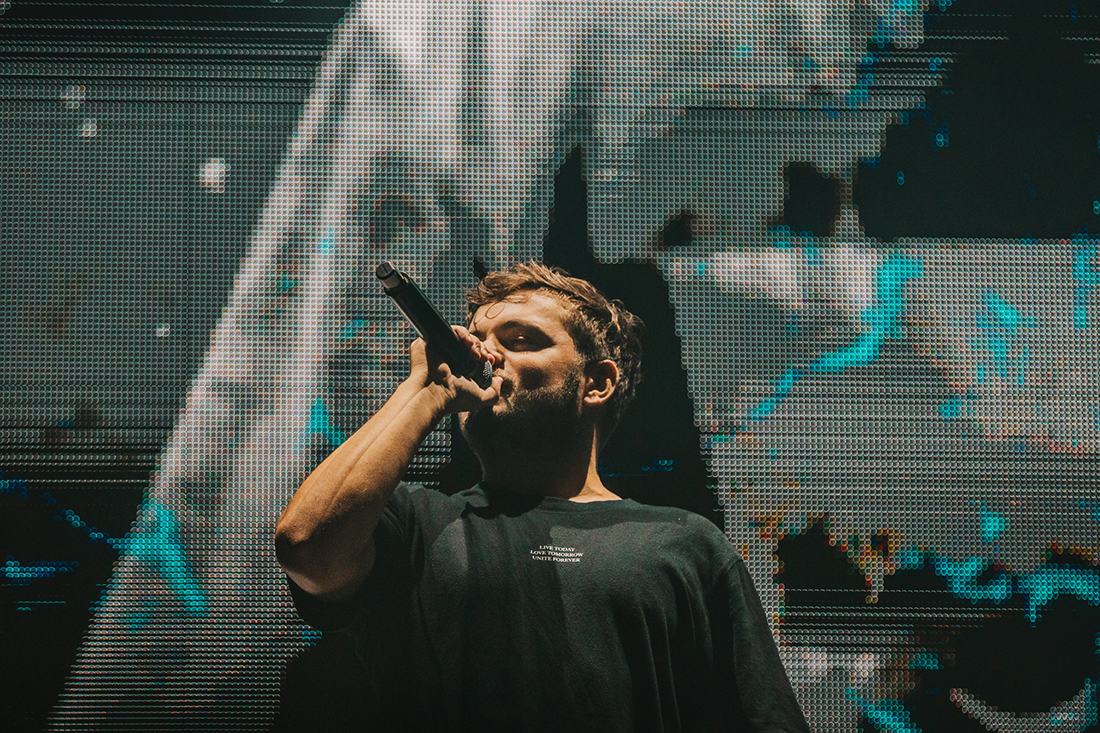 The evening began to slowly come to an end with Adventure Club at the Equinox stage. The tunes they provided were much more chill compared to other sets which was a nice change of pace to mellow out after going hard for most of the day. All the respect to the duo for even dropping the Mortal Kombat theme song within their set. The end-of-the-night spectacle performance, however, was of course Martin Garrix.

This highly anticipated set came with all the bells and whistles: intergalactic alien visuals, blaring lights that you could see from space, bass that shakes the ground you dance on, and of course, brilliant tunes bringing all the visuals to life. The VIP area was set further in the back, elevated above the ground giving the audience a wide-angle view of this beautiful scene and the crowd dancing in unison as pyrotechnics fired from the stage. Seeing Martin Garrix signal alien character visual moving along with some of the biggest dance tunes shows why the DJ has acclaimed his iconic status.

Spring Awakening: Autumn Equinox was a damn good time. It was unfortunate that the first day was cut short, but the second day more than made up for it. Even with the rain and mud people still had an awesome time leaving the festival grounds buzzing. Can’t wait for the festival to return back in spring so we can do it over again sooner than later. 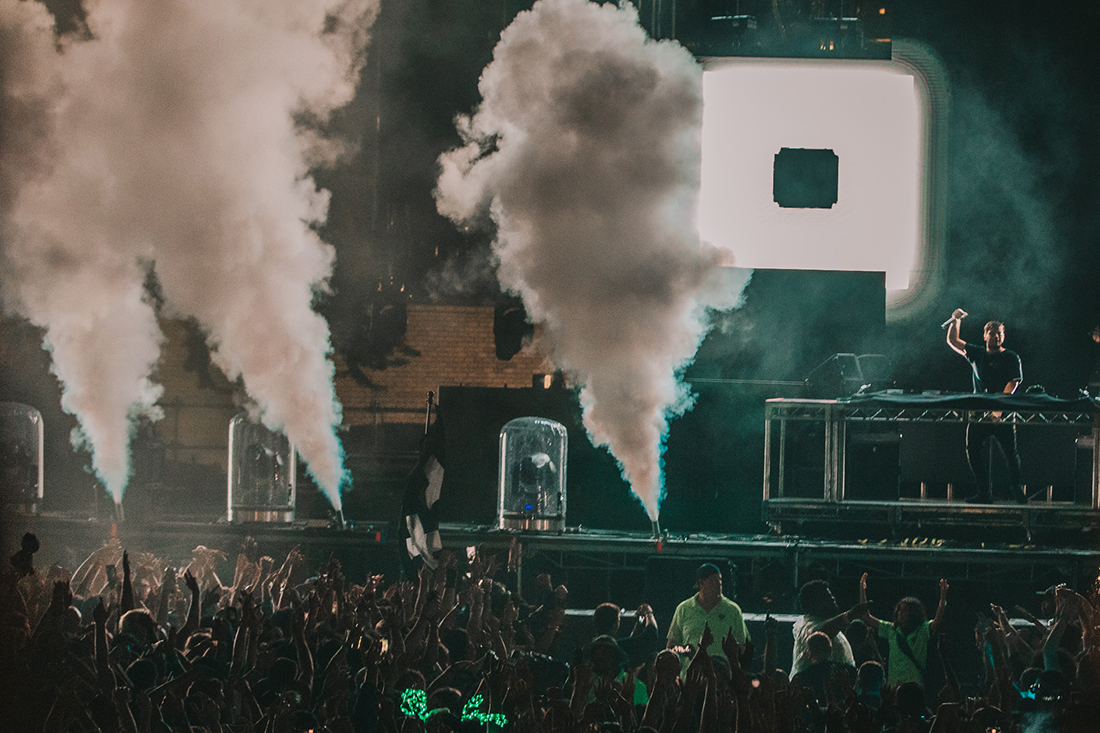