Clairmont The Second at Tattoo: I don’t really know what “the X factor” means, but I do know that, at just 17-years-old, Toronto’s Clairmont The Second is an artist (not rapper, as he cleared-up) who’s got a whole lot of chutzpah and talent going on. Spitting his own verses on his own beats, the lanky teen took command of the stage as part of CMW’s The Known Unknown presentation, also featuring JAHKOY and GoldLink. It’s not easy being the opener, tasked with warming-up the crowd, but whether the venue was populated with his fans or first-time listeners, it didn’t really matter; there’s likely not much that could rattle this young man’s confidence. Clairmont’s home-grown lyrics about nose rings, public transit, and Adventure Time may be green, but they’re heartfelt and sprouting roots that, in time, have the potential to grow deeper. Stay tuned.

Stu Larsen at The Rivoli: Australian folk singer, Stu Larsen, may have stolen a few tricks from the pied piper. Strumming songs that lulled The Rivoli crowd away from Queen Street’s busy CMW hum, Larsen’s serene vocals – not unlike James Taylor’s – were captivating. Quite frankly, I could’ve listened to him all night. Decked out in a trademark messenger cap over his long, golden locks, he was joined by Natsuki Kurai, a musician who just might be the David Blaine of harmonicas. During one song, Kurai created an incredible harmonica beat that bounced between a train and an electric guitar. I looked, but couldn’t find any signs that he is, in fact, a robot, which might better explain this man’s harmonic speed and agility. A pair that were a real treat to watch, especially with a cold beer in hand. 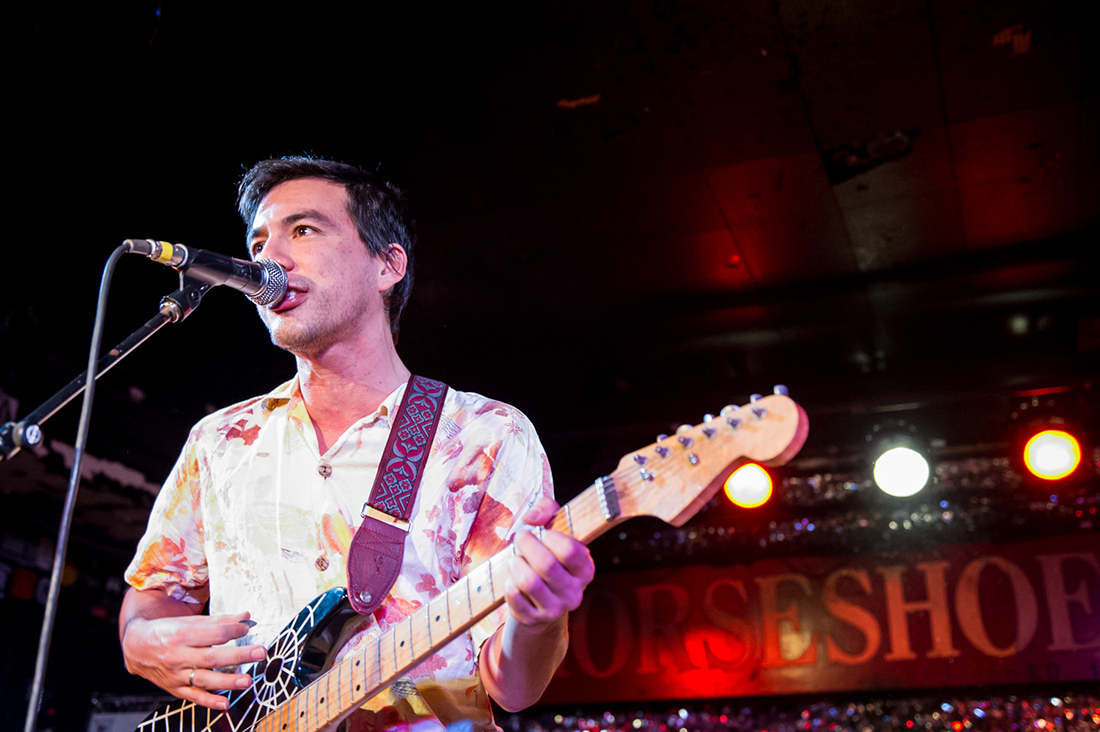 FIDLAR at The Horseshoe: I’ve never seen a mosh pit break out at The Horseshoe, but that all changed during FIDLAR’s highly anticipated CMW set. An acronym for “Fuck It Dog, Life’s A Risk”, this Los Angeles-based skate punk band had its rowdy crowd swinging from beams and throwing drinks two songs in. These guys are fun. And loud. And don’t take life too seriously. Although their in-your-face delivery isn’t for everyone, this band knows how to unleash an electric riff and create a real, palpable reaction in their fans. Like, you can smell it. With songs that range from topics like booze to bills to weed and rehab, their frenetic performance kept the whole place lit, from start to finish. Showcasing a variety of new songs, these guys gave the testosterone-fuelled room exactly what they came for: a show where they could release their inhibitions and dive head-first into a sea of beer and sweat.