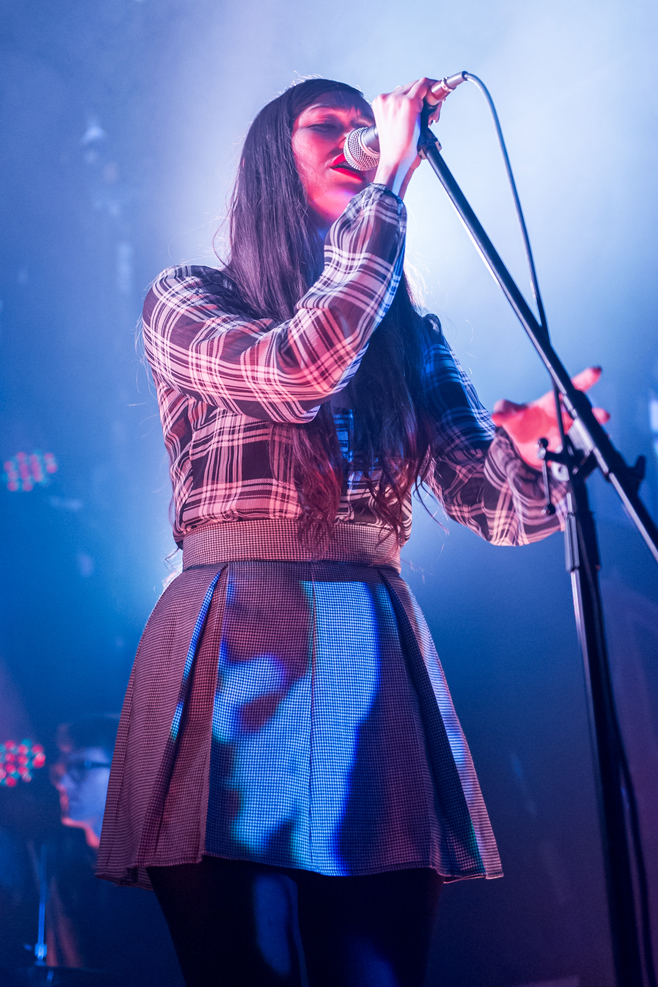 I approached the Metro, the iconic Chicago venue nestled on the quieter end of bustling Clark street, ready to take refuge. The bone-chilling cold of a Chicago winter has set in early, so it seems. The venue is full of character…small enough to feel intimate, but dripping with a little drama and glamour to make it interesting. My friend and I easily maneuvered our way to the front. The crowd, shuffled up with a variety of Movember mustaches, was manageable and easy-going from the outset. 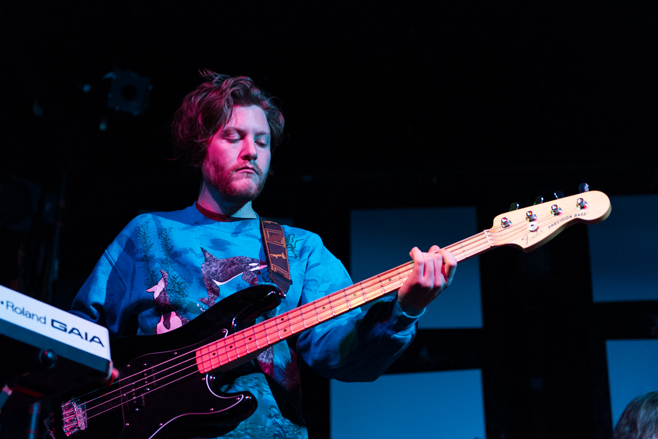 The first opening act, Mood Rings, set a trippy vibe for the remainder of the evening. Their ambient, ethereal sound oscillated throughout the space. Their vintage sensibilities warmed the crowd up for the serious ‘60s throwback of the Cults set and general band persona. SACCO followed Mood Rings with a tougher sound; more rock. A little too much reverb, but their quiet energy matched with swelling choruses made for an enjoyable second act. 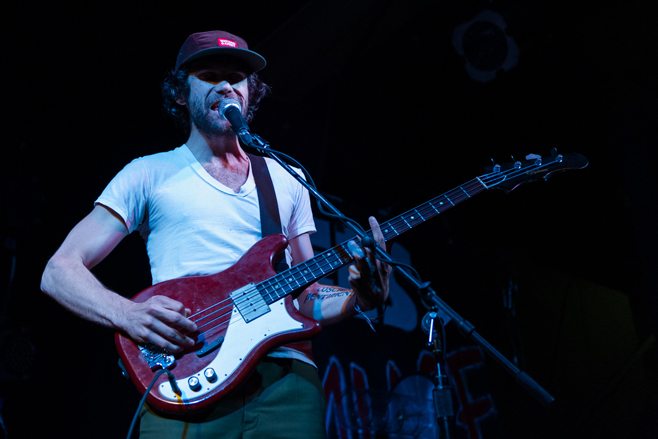 10 minutes or so before Cults took the stage, the performing area was engulfed in the haze of a fog machine. This first set the tone for a show full of understated drama, furthering the “otherworldliness” of the show, as the lights dimmed, a distinct instrumental played, full of synth-fueled crescendoes.

Cults walked on stage possessing a coolness befitting their New York art school roots. Madeline Follin, Brian Oblivion and the rest of their band took their places quietly. The set felt reminiscent of a tragically trendy B movie, complete with vintage visuals and vampy light shows backlighting the performance. Madeline’s hauntingly wistful voice with impressive range rang throughout the theater. Brian’s presence was  kinetic; his movements and style proved magnetic.

The heartfelt, emotional music transported listeners to the auditorium of  a high school dance in 1965, but clearly, the most badass high school around. Madeline’s serpentine dance moves and high pitched trills rang magnificent in performance of the band’s latest material from their Static release. Other especially moving moments: “You Know What I Mean”, “Abducted” and “Go Outside”. The “little girl” sensibility of Cults vocals backed by swelling, percussive power choruses translated very well on stage.

What impressed most about the Cults show was their quiet, yet undeniable, energy. It was a show that seem to nearly burst at the seams, but still was under control. Driven by Follin’s quirky style and Oblivion’s melancholic charisma, the show excelled during moments of contrast. The quiet moments, exploding into the bright, enveloping choruses were what made the show memorable.