When first walking, on a chilly, gloomy night, into the Garrison last Wednesday, one might have the feeling they were going to a rather angsty, “nothing better to do” type of show. I’m certain every single person in the entire audience was in all black and sporting a dead-pan expression.

The opening act, Monopoly Child Stars, did their part to entertain the crowd and had quite an unexpected unique sound, but then, like a fresh summer breeze, Ducktails drift onto the stage. With no introduction whatsoever by the previously solo artist Matt Mondanile, the five piece band instantly launches into an upbeat tune as equally laid back as it is confident. The crowd instantly light up, awakened from their previous comatose state.

Keyboardist Dorian D’Angelo is excellent, completing the groovy, happy vibes emitting from the stage. After a few songs Matt finally addresses the audience, mentioning that they literally just stumbled out of the van from Chicago and that he feels extremely thankful to everyone for coming out. What he lacks in public speaking expertise, he compensates for in his musical persona, oozing confidence, his long shaggy hair swinging around, back and forth in a trance-like way. 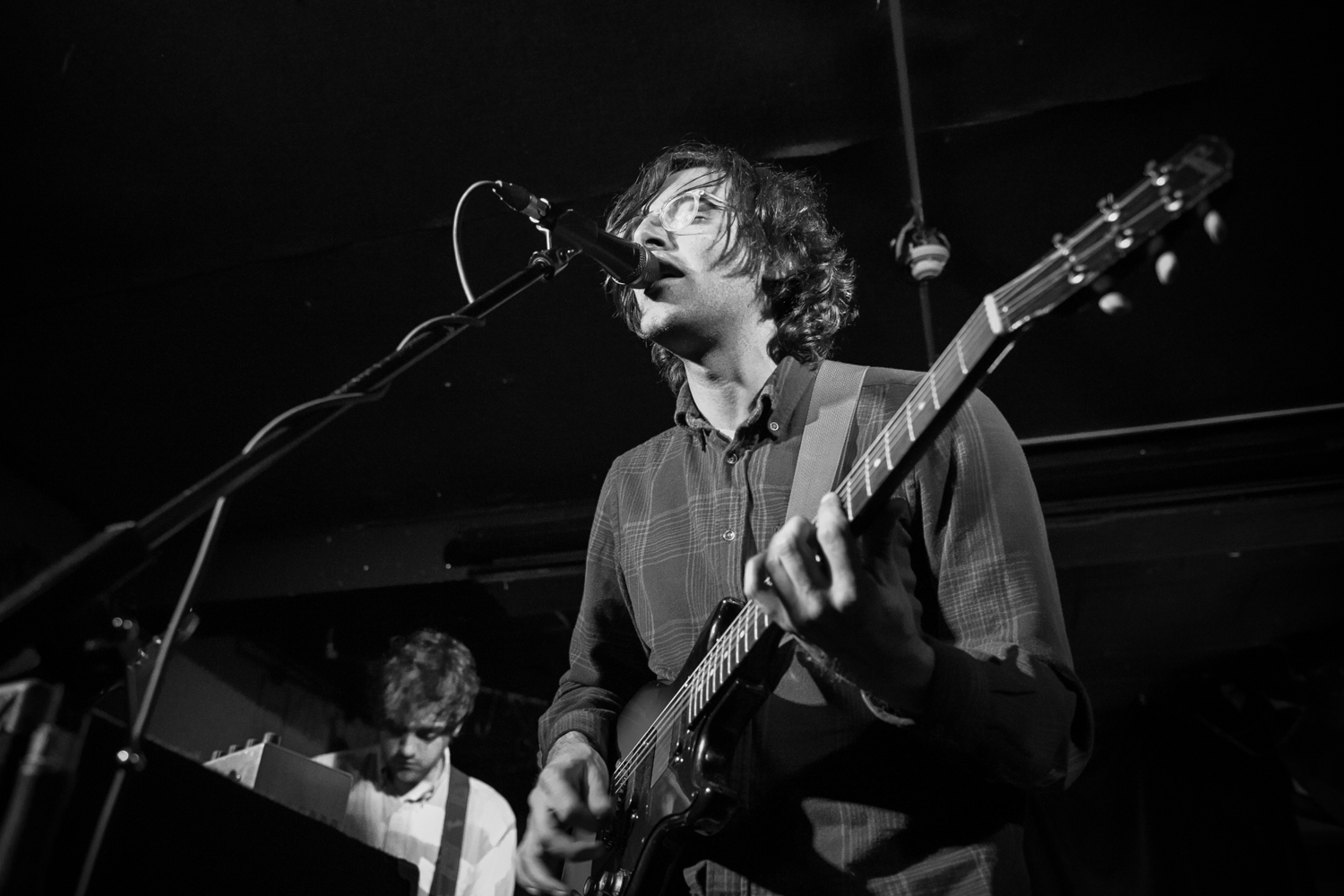 Ducktails smooth their way through songs with nostalgic lyrics of younger days. “And you can whisper in my ear…do you want to go outside?  It is a place where we can run to… across the street from your house…we will be as one no sleep and no fear, stars that shine.” Seemingly one song, those snippets of lyrics are actually from several tunes. Each track sounds remarkably similar and they all have coordinating lyrics so it inevitably blends into one great big super song, which is nevertheless enjoyable.

Matt puts down his guitar and switches to the keyboard for his track ‘Assistant Director’, which is off this year’s album, The Flower Lane. The lead guitarist, bassist and drummer all remain in a zoned out calm the entire show, never glancing up, except to swig of their pints. Most of the songs they played were off the latest album including the title track ‘The Flower Lane’ which continues the flow of psychedelic, chill vibes. Suddenly, they fully smash out the final instrumental track and transport the audience into a trippy, time-space continuum, which really hypes the atmosphere. Then they float away, just as smoothly as they floated on, with just a couple quiet words.

Luis is a Toronto based photographer. His work has been published in various media and incorporates fashion, portrait, event, wedding, commercial and fine art. Luis has always been fascinated with photography and the many creative opportunities and life experiences it offers. When not shooting he can be found indulging his passion for music by listening to his extensive music collection, playing his guitars and saxophones or taking in a live concert.