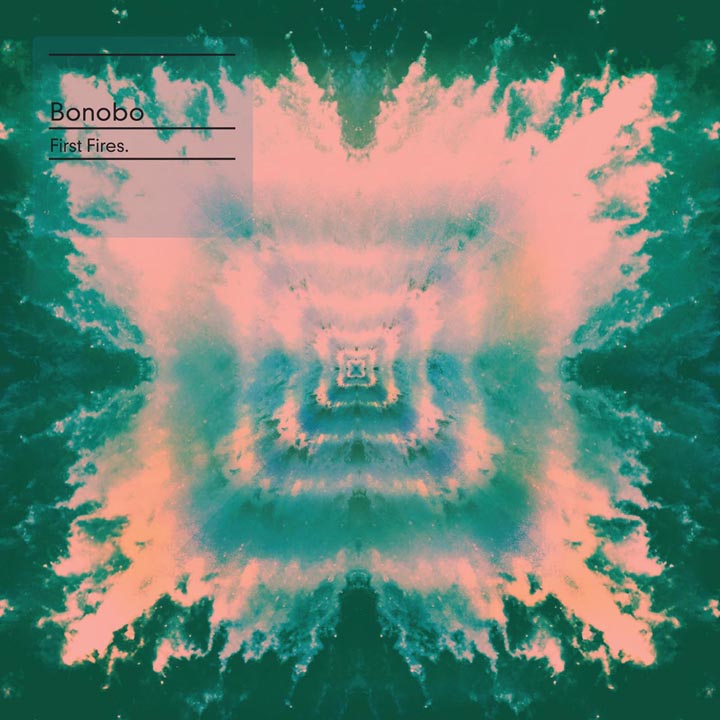 There was a time in the late ’90s and early 2000s when the introduction of toned-down lounge beats was revolutionary. It was a stark and welcome contrast to the bubble-gum pop (Backstreet Boys), bubble-gum rap (Nelly) and just plain terrible nu-metal (Limp Bizkit/anyone that could be labeled as nu-metal) that dominated the airwaves at the time. The era gave birth to numerous lo-fi DJs, some with mad skills, but perhaps none with the mad longevity of Bonobo. The UK-born-and-bred musician signed with Ninja Tune in 2001, and here we are 12 years later with his latest EP, First Fires. The key to his lengthy career is on full display throughout the brief three-song disc, and it is a pretty simple formula: get other people involved.

As great as the beats are, too many of the ‘buddha-bar’ generation were content to try and survive on beats alone. The harsh truth is that after a while, those beats blend together. You know what will never blend together in a forgettable mélange of music? Erykah Badu’s voice. She is a guest on First Fires’ second track, “Heaven for the Sinner”, and what starts as a slow build, culminates into a beautiful marriage of vocals and synth-drums. Again, the track by itself would be worth one listen, but the infusion of Baduism makes it worth ten.

Sandwiching that gem of a track is the opener, also featuring a talented lyricist, Grey Reverend. Despite his relative anonymity, (when compared to Ms. Badu, at least,) his work on the title track makes it the best of the three songs. What First Fires lacks in complicated track-layering, it more than makes up for in subtleties. This is the perfect example of how old dogs don’t learn new tricks – they just improve their old ones. A younger Bonobo might have overdubbed the vocal track with a dozen more sounds, and it would have taken away from the song. Instead, he let Grey Reverend have the spotlight, and the singer does not disappoint.

To end the EP, though, Bonobo takes a trip to the old-school with an up-tempo beat laced with old-blues vocal samples (think every song Moby ever made). After taking a backseat to the singers on the first two tracks, he finally gives himself a chance to flex his impressive beat-making muscles. “Know You” is a solid song, but in the same way that hundreds of lo-fi beats have been since the style made its presence known years ago. It isn’t ‘forgettable,’ so to speak, but it’s probably closer to that than it is to ‘memorable.’ The EP as a whole, though, is memorable, so Bonobo’s indulgence on the last track is forgivable. He’s been doing his thing for too long to just let others steal his spotlight.