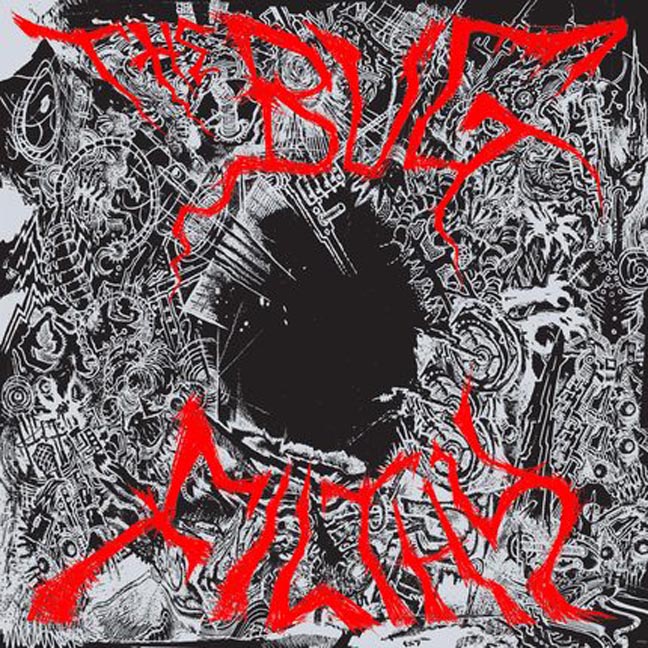 Of DJ Kevin Martin’s many stagenames, The Bug, will probably never be a mainstream project. Whereas many artists dream, however consciously, of one day playing at packed stadiums, this UK artist seems happy to play around with filth: low bases, dirty lyrics, jarring transitions, and music that has a minimal core. His latest EP, Filthy, is too expansive for radio, but it’s perfect for the quieter times, especially in the bedroom, perhaps when one is feeling filthy.

Each of the four songs have a collaborator: Danny Brown, Flowdan, Daddy Freddy, and Kiki Hitomi. Fellow Brit and grime artist Flowdan is featured on half of the tracks.

The EP  starts with a title that could describe the entire four-track EP. “Freakshow” features the highly entertaining Danny Brown, and Kiki Hitomi, vocalist for King Midas.  Brown is fantastic. His style takes the brain and basically bounces it around like a basketball. His lyrics are creative, emphasizing words in odd but interesting ways, frequently abbreviating various words. He mentions all sorts of things — pinot grigio, downtown condos, Cesar salads — things that don’t typically belong in a rap song. Hitomi’s voice, on the other hand, is a haunting and a memorable contrast to Brown’s jocular rhymes. She holds her own ground, there is a sense that she has power to do her own damage as a member of the boys club.

Flowdan keeps the “riddim” with “Dirty” which could well be an anthem of any big city center. When he hits the chorus, he insists that the song is not as dirty as much as it is “murky.” That could be said for the whole EP. It’s not exactly dirty as in repulsive, but definitely murky, as in something weird and possibly pretty cool is about to go down.

Martin has some training as a journalist, and his interest in other voices, what they sound like and what they say, is apparent in the third track “Kill Them.” Featuring Daddy Freddy, “Kill Them” seems to be built around Daddy Freddy, the music wraps around the voice once again giving emphasis to vocal talent.

Overall, Filthy is a solid EP, the kind that would be nominated for the Best Sex Album of the year if the Grammy’s introduced a category of that sort.