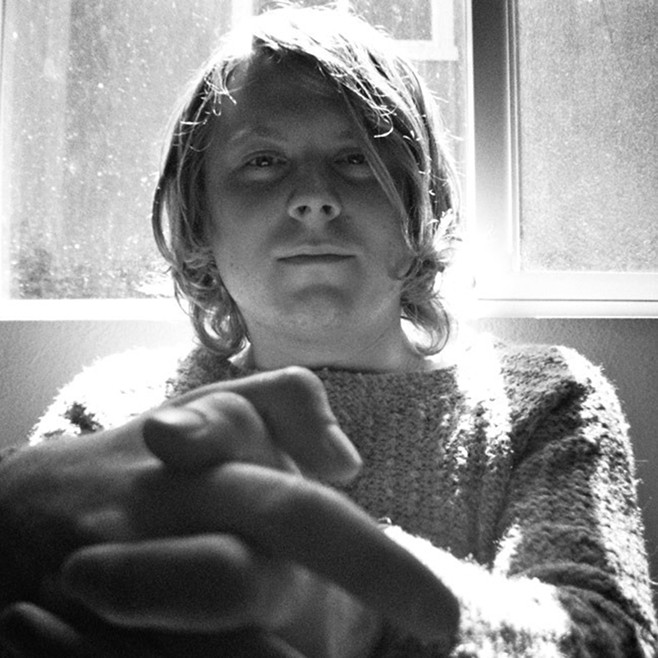 The album and many corresponding parts to Emotional Mugger are unsettling. The video of the same title is grotesque, and the album is definitely a departure from his usual sound. Through the album there are synthesizers that are just, not quite on the mark. I say all of this with love though, the weirdness is welcomed. When Ty Segall first sent Emotional Mugger on VHS to many writers, he accompanied it with a note saying, “The over-communication relayed in cell based technology and content driven media further detaches passengers of our modern society from deep emotional understanding.” Basically we’ve been emotionally mugged by our dependency to these things and I honestly couldn’t agree more. I was lucky enough to grow up in a household and age frame where no one really had cell phones until they were about 16 or 17, while still young, we spent the first years of our lives having true human interaction. I think the whole point that Ty is trying to make is that we’re all uncomfortable around each other and it shouldn’t be that way, that is what is truly unnatural and freakish, so I think it makes sense that the sound matches.

Thalia Hall was a perfect venue. It used to be an actual theatre, so it’s constructed to amplify sound and I can say that was one of the loudest sets I’ve been at. Throughout the show Ty harkens back to the theme of Emotional Mugger. The show started with “Squealer” and Ty prancing out in a creepy baby/bald man mask and waving around a smart phone. The “muggers” are a powerhouse of present day rock; Mikal Cronin was on the bass, Kyle Thomas (also known as King Tuff) on guitar, Cory Hanson and Evan Burrows from Wand and Emmett Kelly were in the mix as well. Honestly an insanely talented group of musicians. The passion was palpable.

Let me now paint you a visual of how out there it got. Kyle and Ty were in these creepy, prisonesque jumpsuits (especially Kyle, his was orange) and Ty also brought out the umbilical cord, which he has done at many sets, another metaphor for our dependency. He kept giving speeches about his “mommy” and his “children,” just pure freakiness, all I’m sure, in some way or form, play into the motif he is trying to create and communicate. He has done an incredible job of staying true to the theme of this album. I love a man who commits.

During the set, Ty asked the crowd who wanted to be the lead singer, he chose a lucky young man named Sam. He told Sam there were only two rules. 1) He had to stage dive at least 3 times and 2) No Selfies (or emotional mugging). Sam hit the nail on the head.

Throughout the set, Ty lets all of the members have the spotlight. Mikal Cronin even whips out the saxophone. The show is almost ear splittingly sonic and it’s such a treat to watch all these musicians come together, although most of them have been playing together for more than a decade. I also think it’s great that Ty has taken the time to bring up the topic of our addiction to media and technology, while ALL of you are reading this on either a phone or computer, I hope that afterwards you’ll go outside and detach.