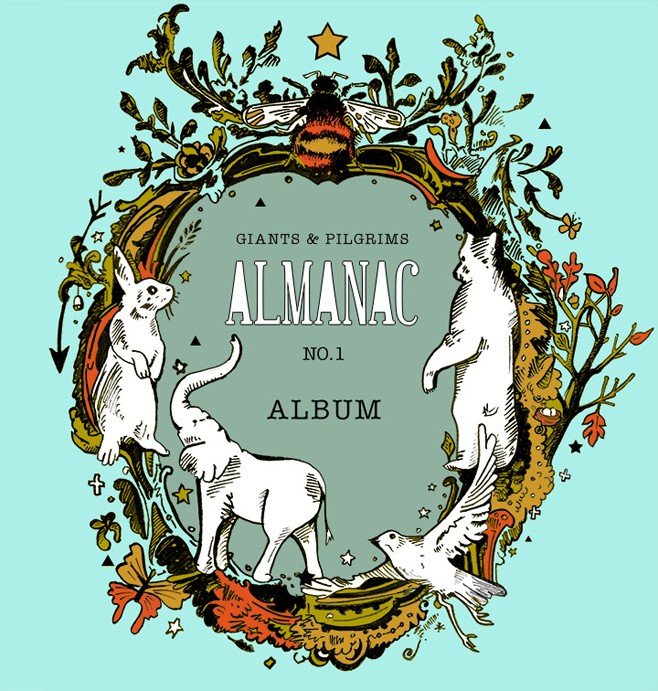 Wear your shredded clothes out into the world and sing the air out of your lungs. If there is one message Giants & Pilgrims are trying to portray in their new album, this is it. Since the rise of folk music and bands like The Lumineers and Of Monsters and Men, folk bands have been showing up everywhere. It is very difficult to create beautiful, original folk music. In Almanac No. 1, Giants & Pilgrims use the current folk sound and make it their own.

The lyrics to Almanac No. 1 are surprisingly familiar. Most people would expect metaphors about sailing and shouting and breaking free from a band that describes itself as indie-folk. They do describe themselves as storytellers, after all. The words are almost predictable as they roll out of each song, but this does not make for bad music. All of the songs are easy to sing along to after only a couple of listens and the quick acquaintance of the album makes for fun listening and the desire to listen to it repeatedly.

On the spectrum of folk music, from a homemade washboard sound to a crisp studio recording, this album is about as clean as it gets. The use of electric guitars along with acoustic guitars makes for an organized sound.

The loving tone of the different vocalists makes for a very melodic sound to follow along to as well as much needed variation. The group has everything needed for a quality sounding folk band, everything from a trumpet to a frequently played piano. And don’t forget about the mandolin.

Almanac No. 1 is a peaceful description of nature that no one should miss out on.