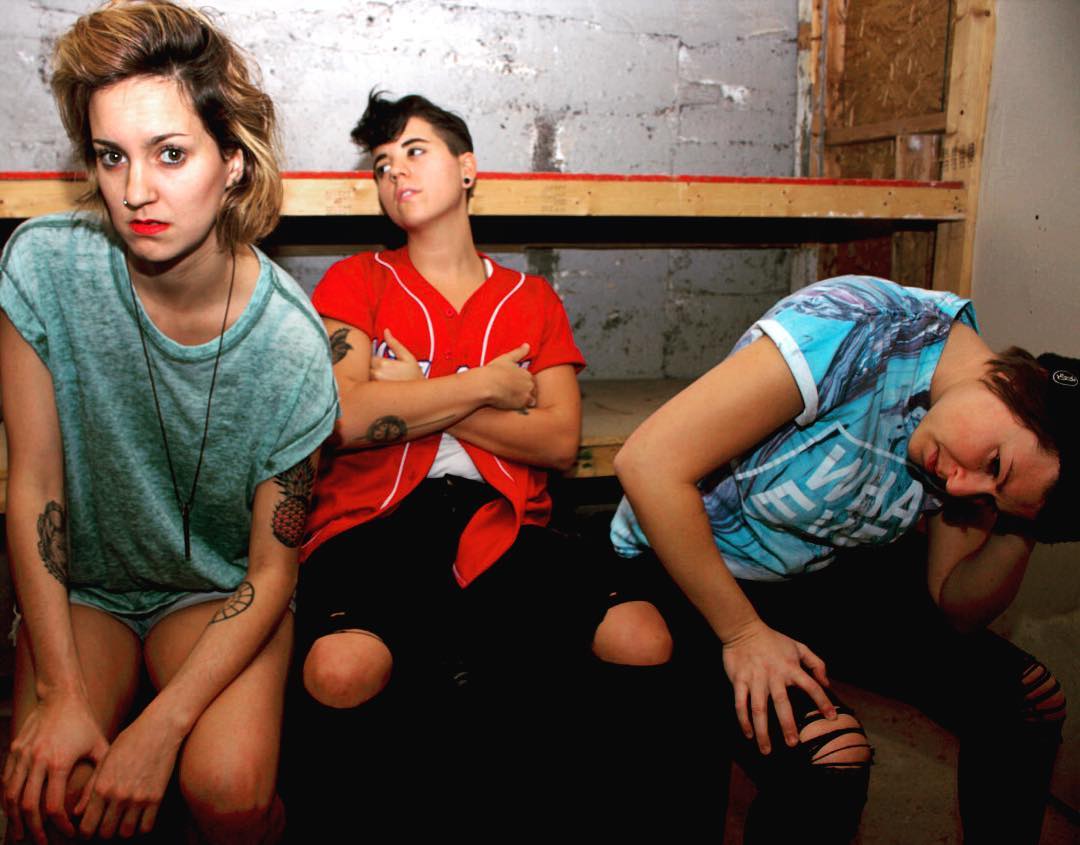 Like a local band from high school, Toronto’s very own Good Kid took on the middle slot during CMW’s POP Montreal showcase. Set in the soon-to-close Silver Dollar Room—a Toronto venue with 50 years of music seeped into its walls—the five programmers-turned-musicians delivered an animated set, with an energy that was palpable in friendliness.

Formed in 2014, the band cites indie influences like The Strokes and Tokyo Police Club, which came as no surprise given their speedy, lyrical style. Serving-up a mix of their own tracks with covers including Modest Mouse and the Arctic Monkeys, Good Kids offered a pretty good time.

The dream-pop trio CAVEBOY (originally born as Diamond Bones) and Canadian Music Week veterans returned, once again, to Toronto from their home base of Montreal. Playing a light, groovy set, with plenty of crowd interaction, the gals – also know as Michelle Bensimon (lead vocals, guitar and synth), Isabelle Banos (synth, bass, vocals), and Lana Cooney (drums, vocals) – delivered a dynamic selection of songs, including the rhythmically beautiful “Home Is Where” off their 2015 album of the same name. Moody but still bright, their live sound was sharp and landed well.