Grand Analog played an extremely energetic show to the sweaty patrons of Wrongbar on Saturday November 16th. Playing a few of the songs from their latest release, Modern Thunder, Grand Analog brought some real funk into Toronto, which is exactly what the cold city needed – some reggae-infused warmth.

Below is an interview with Grand Analog’s frontman Odario Williams and drummer TJ Garcia that happened over a slice of pizza. We talked music, vintage devices and Canadian hip hop.

Stephanie Casino: Odario, I read somewhere that you grew up listening to hip hop on your Cookie Monster radio. Is that true?

Odario Williams: [laughs loudly] Yep, it’s true. I had the cookie monster clock radio close to my bed, and I never wanted to sleep…so I had to turn on my radio really low so my mom wouldn’t hear it.

SC: I hope you still have it.

OW: Nooo!! I gotta find one! I wish I kept that thing! I had that Cookie Monster radio turned really low each night, and listened to this radio show that doesn’t exist anymore on CBC, called Brave New Waves. All they did was play indie rock. And out of nowhere, I remember the host saying one night “Here’s something different for you – a hip hop band called De La Soul. This is their track “Say No Go”. I was FLOORED – like, what is this music? What IS this? It’s beautiful, and it moved me, changed me. 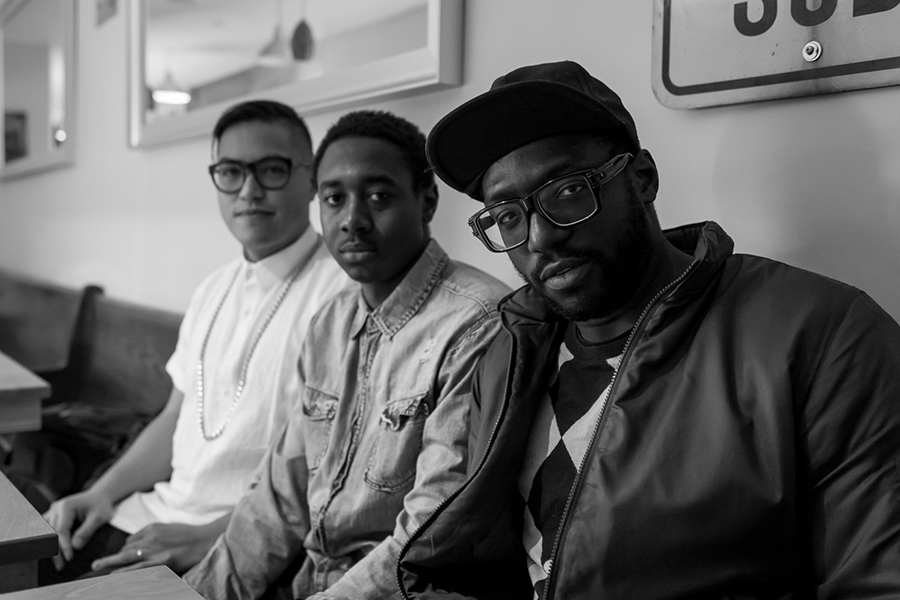 SC: Were you a practicing musician when you heard this on the CBC radio show?

SC: So this really was a defining moment for you.

OW: Completely, 100%. It changed me! I had to know who this group was…I ended up writing letters to Brave New Waves, asking them what the song was that was played at this certain time on this certain date…I must have written 3 letters before someone ended up mailing me a copy of De La Soul’s album 3 Feet High and Rising, all the way from Montreal! They sent it all the way to my house in Winnipeg. It meant so much to me. I loved that album and just played it over and over! People don’t do that anymore. That act of kindness changed my life.

OW: I opened the album, I smelled it, I kissed it and hugged it! Through this, I learned about Tribe [Called Quest] etc., etc. Amazing.

SC: How did you guys meet?

TJG: I was a fan of Grand Analog even before I met these dudes. I was high school friends with Warren, the bass player. He had already been playing with Odario, he worked in a music store that Odario worked in too. Alister, our keyboard player, had a brother named Oliver, who owned the music store they worked at, and Oliver also owned a studio that we ended up using for most of our recordings (The Hive). It was an automatic connection.

Tonight will be special actually; the first time I ever saw Grand Analog perform (before I was in the band) was at Wrongbar!

OW: Don’t mind him, if he starts crying on stage, just remember; it’s an emotional time for him [laughs].

When this band started in 2006, we had different people involved…but this core we have now (TJ, Alister, Warren, DJ Ofield and Odario) just works. Tonight though, we are featuring a horns section, with Aubrey McGhee and Max Stanutz. They’re SO good. These two are the only horns we’d ever use.

SC: What was the first major music festival that GA played at?

OW: SXSW was probably the first. Wait – our very FIRST show as Grand Analog was in 2006 at NXNE! That was our debut. 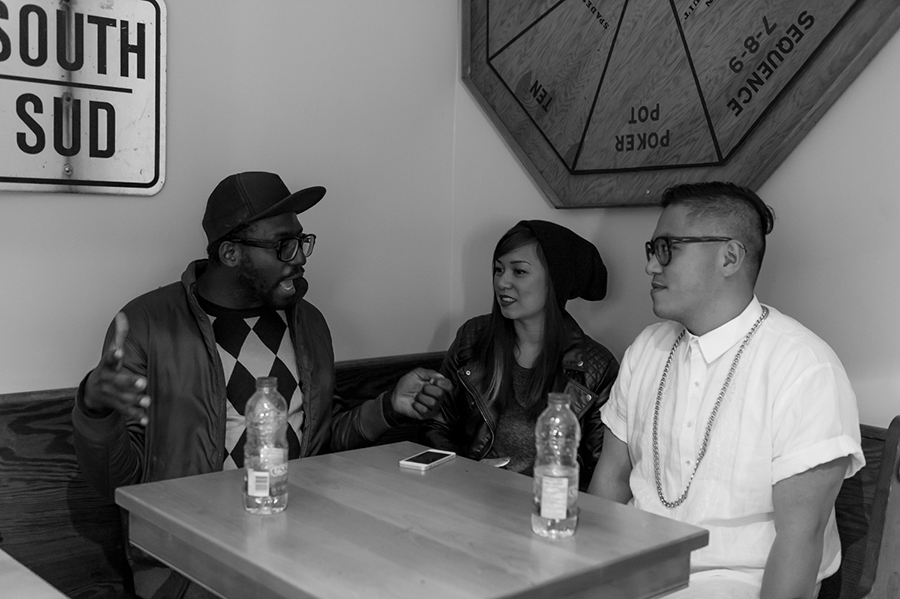 SC: What was the wildest performance you can remember?

OW: Well, Grand Analog was invited to the Winter Olympics in 2010 in Vancouver, to represent Winnipeg, which was amazing in itself. We opened for Burton Cummings, to 20,000 people!! It was insane. Madness. It was a LOT of people!! Can’t even describe it. I came out on stage, and I missed my first track because I was too busy staring at all the people!

TJG: It was amazing. It was deafening.

OW: I tested my mic, I didn’t believe that one little mic could deliver sound to 20,000 people. I knew what it felt like to be Beyonce [laughs].

SC: Do you think there’s enough support for the hip hop scene in Canada?

OW: Well, I get a lot of people asking from other cities, to describe the hip hop scene in Toronto and Canada.

TJG: It’s a tough question to answer. There’s still a lot of niches, cliques within hip hop. There are so many styles nowadays, some of them don’t even agree with one another.

SC: What do you think is trending now in hip hop?

OW: It’s too vast now. Honestly, I don’t want to govern anything. I think that’s what’s the NEXT thing – do your own thing. I don’t want to run any “next hip hop trend”. I just want to do what I love. Trends end…I don’t plan on ending my hip hop career any time soon!

SC: That’s a great answer! Do you guys actually use analog devices in your recordings?

OW: Of course!!! At The Hive, Oliver’s studio [Alistair’s brother], has a lot of collector’s items that he found at garage sales, thrift stores, wherever! We’d literally blow the dust off and see if it worked. We’d keep working the vintage stuff ‘til it worked.

SC: Do you think you’ll always keep an analog element to your recordings?

TJG: Yea, we don’t want to be hypocritical. But I do love my Macbook and my iPhone haha [laughs].

SC: I’ve noticed there’s been mainly Canadian collaborations in your Modern Thunder album. Is this on purpose?

TJG: We just think there’s enough talent in our own backyard, and why not use it? Canadians are so talented, we should showcase that!

OW: Yea, it’s not that we’re against bringing in some foreign talent, it’s just that we are so sure that there’s enough talent here in Canada that hasn’t been featured or showcased yet. 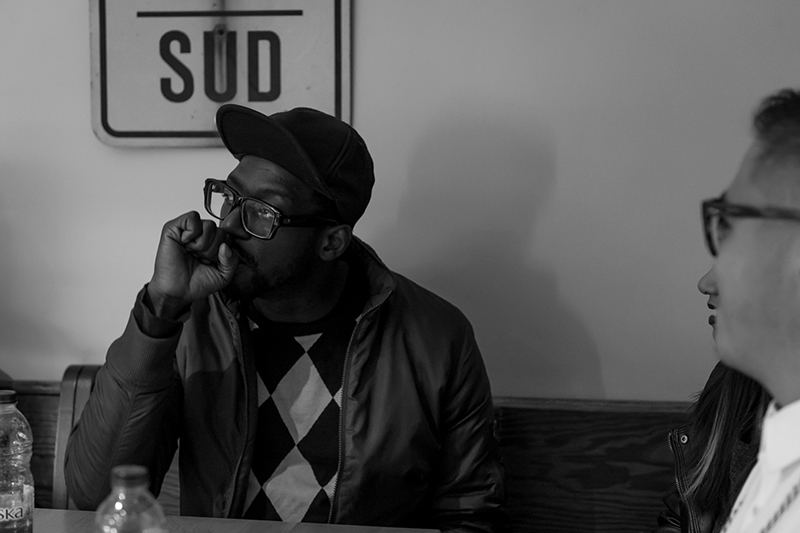