Toronto’s Fort York is one of the city’s best areas for a music festival. The grounds are set lower than the surrounding neighbourhood, keeping the sound well-enclosed within the fence, while the city view set behind the stage as a backdrop — CN Tower and all — makes FY a great place to spend a summer day in.

Unlike most festivals this year, TIME got lucky with the weather, and while the weather-related conversations may have gotten repetitive over the last three months, none of them were about how “hashtag blessed” we were that Saturday. While the people dancing in front of the stage were turning various shades of red in the scorching sun, a good half of the attendees created community areas under trees and in shaded corners of the park. Even the area usually avoided — the ground next to the porta-potties — was filled shoulder-to-shoulder with relaxed folks.

The day was off to a slow, smooth start. The Strongbow deck was still open, allowing people to walk up and down the hazardously steep stairs to get a wide-angle view of Fort York. A small group of people was gathered around a randomly placed chalkboard cube, filling in the blank corners, and the only line was at the water station.

By the time DIIV went up on stage, shortly after 3 p.m., the early arrivers were starting to feel the boozed-up wave of joy from overpriced beers and free Strongbow samples. DIIV, Brooklyn-based band started by Zachary Cole Smith as a solo project, puts on a show you wouldn’t typically see on a large stage. Over the last year or two, we’ve seen DIIV in dive bars across Canada and the US; but as the band began to gain popularity, DIIV’s shows slowly begun to infiltrate the early slots of major music festivals.  True to our cool but raw nature, Torontonians seemed appreciative of DIIV’s upbeat, angsty vibes as the first few inflatable toys begun to appear in the overhead crowd.

The day’s lineup didn’t appear to be in any genre-based order; in fact, the bands following each other were not the ones you’re likely to see on the same bill. But at the end of the day, that variety kept everyone entertained, giving people time for naps and a snack or refill break during the shows they were less interested in. 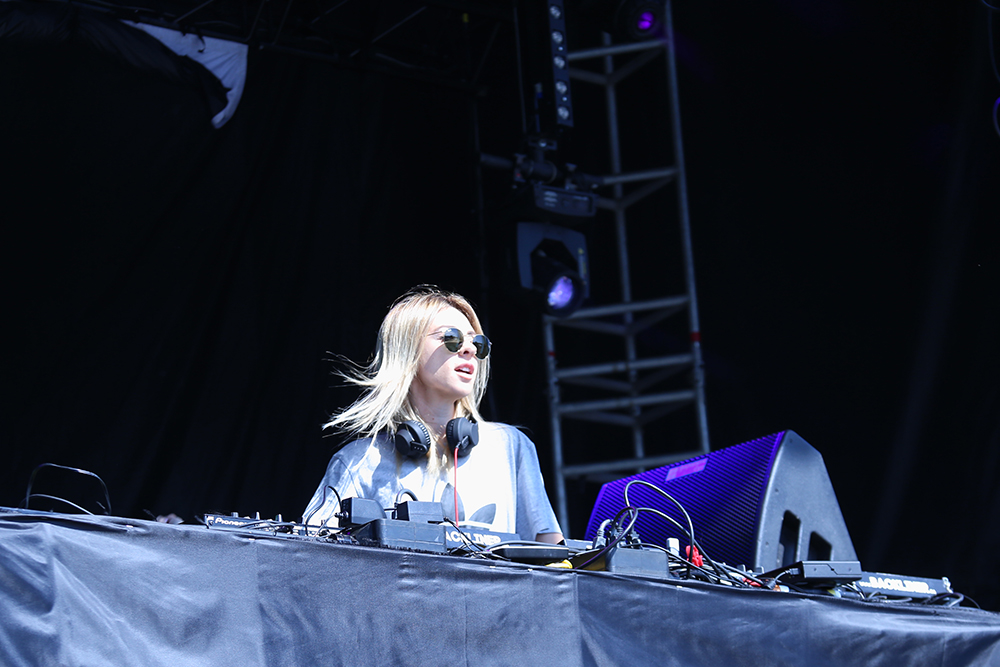 In that eclectic nature, Alison Wonderland followed DIIV on the sunny stage. Her small figure was hardly visible at the back of the pack, but Wonderland’s upbeat attitude is no match for her height. Playing a mixed bag of tracks from Spice Girls (yeah, that happened) to Jamie XX (who doesn’t these days), Wonderland spent nearly half of the show jumping around and hyping up the crowd from the front of the stage, leaving her decks to run a pre-planned course of music transitions. 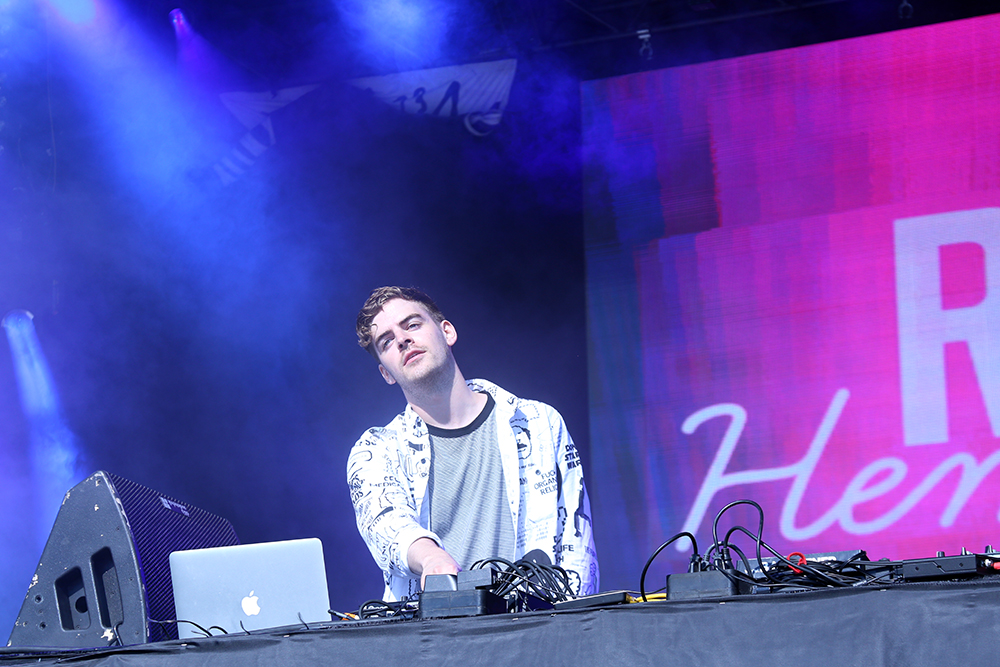 Next up was a much-anticipated set by Ryan Hemsworth. A significantly slower and smoother set than the one Wonderland had wrapped up just minutes before, Hemsworth played tracks from his recent album Alone for the First Time in addition to fan favourites. The new thing for this set was the addition of live vocals by Tory Lanez and Ramriddlz, who walked the stage with upbeat attitudes and cheerful smiles while singing along with the vocals on the tracks Hemsworth laid down. 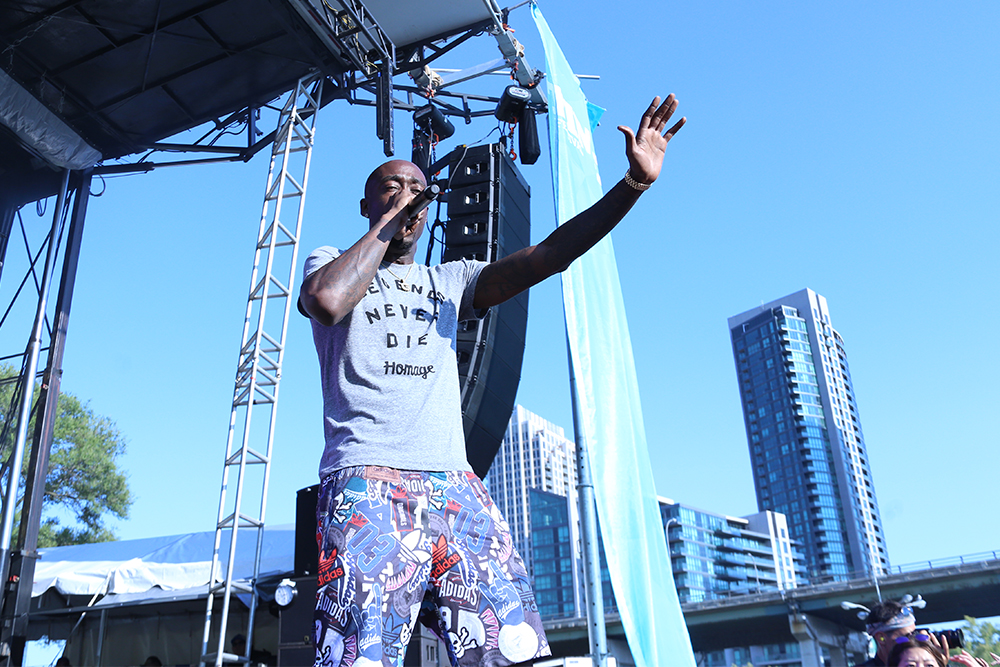 After a quick break, Freddie Gibbs with a small crew took over the stage in more serious spirits. The theme was clear: “Say with me: Fuck the police!” and said, they did. The audience went on cheering to Gibbs’ anti-police anthem, despite packs of police officers making the rounds on the festival grounds.

As the sun began to slowly set, shifting the heavy heat off to the side, the crowds wandered over to the food trucks in heavy packs. Our photographer was on his 2nd (3rd?) Parts & Labour burger and the grass community was cheerfully sharing thin-crust pizzas. There was no craft beer here, nor were there deep-fried pickles, but no one was complaining. 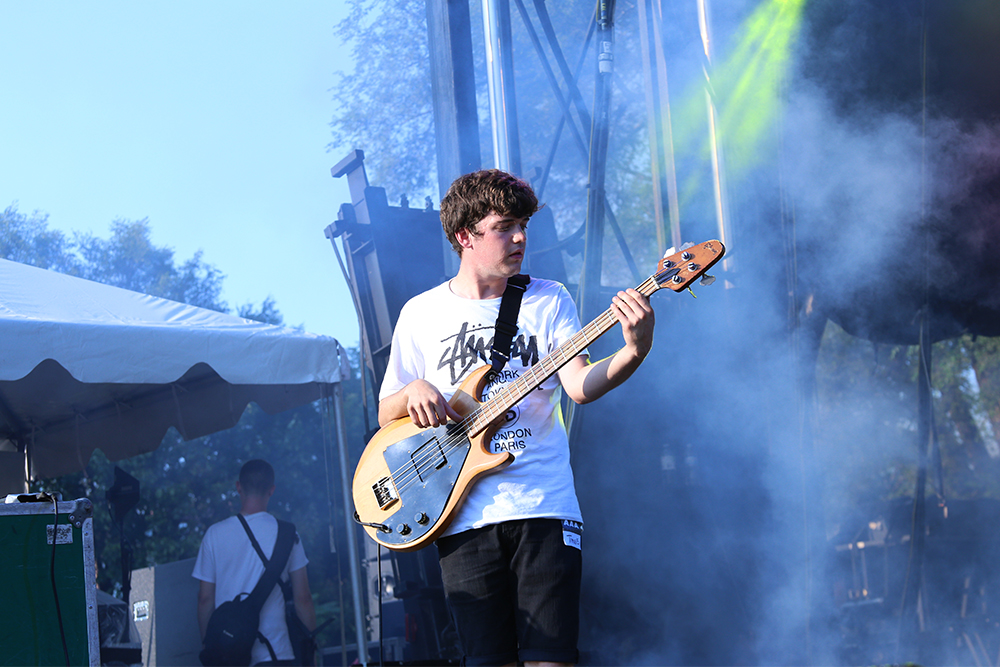 The dinner rush soundtrack was a standard set by BADBADNOTGOOD and Ariel Pink. Everyone’s favourite lion made an appearance cheering across the stage while various blow-up 8-bit game characters surfed the crowd. We took the time to search the grounds for Mac Demarco, who is well known for joining into the fun pre- and post-set. The search was unfortunately inconclusive; Mac was nowhere to be found. But as soon as Demarco got up onstage, the fruitlessness of our search became clear: he had gotten a new haircut. The buzz preoccupied our circle for a while: “What! What kind of haircut? I can’t see!” “Like he’s looking for a job kind of haircut.”

As the crowd seemed to significantly thicken halfway through Demarco’s set, it became clear that many people came only to see Die Antwoord. The Antwoord duo are never alone on stage; there are costumes, performers and all kinds of weirdness to keep your eyes engaged. They’re loud, rowdy, vocal and very animated, which drives the crowd all kinds of crazy (all the good kinds). 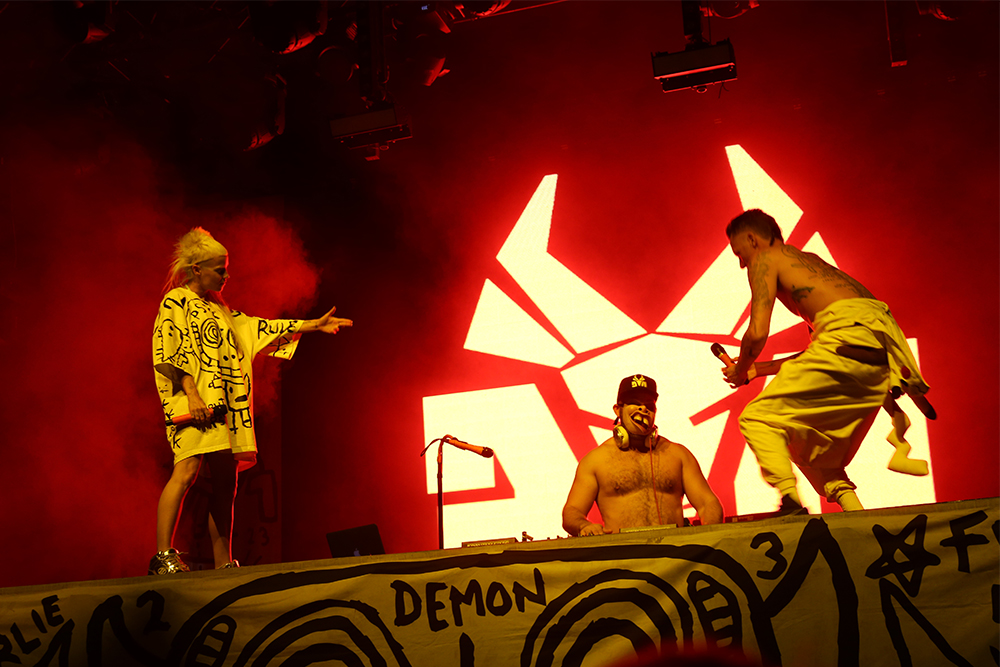 As with any festival taking place in a public space, the shenanigans had to wrap up at 11 — but no one tells Ninja how to run his show. “They tell us we are done, tell us the show is over but we say fuck it, we’ll play another song.” Afterward, powerful anchor Yolandi bid everyone goodnight. “Ok, bye bye, Toronto.”