Rollie Pemberton, better known as  Cadence Weapon, is Canada’s hip hop artist du jour.   Edmonton born and raised, words have always been his thing; in the early years Pemberton trifled in poetry and was awarded Edmonton’s Poet Laureate but realizing his true potential in music he moved to Montreal to pursue a career as a hip hop artist.

With 3 studio albums behind his belt, Cadence Weapon was recently nominated for Rap/Hip Hop Artist of the Year at the Indies. We caught up with him between the shows for a quick chat.

Kateryna Topol:  How would you describe your musical career so far, what were some of the biggest challenges?

Cadence Weapon: I’ve gone through a lot of creative changes over my career, I’ve experimented a lot. I’ve run the risk of alienating people over the years. People were sometimes unsure of the music that I was making, whether it’s rap or not. But I think by now people are starting to understand where I’m coming from, to expect the unexpected from me.

KT: Congratulations on the Indie nomination! What would it mean for you to win Rap/Hip Hop Artist of the Year?

CW: Thanks! It would be particularly satisfying to win it with this album, it would mean a lot to me.

KT: What is your dream stage to perform on?

CW: Rock The Bells. It’s the proving ground for hip hop. It would be really special for me to play that festival.

KT: You have been known to hang out after shows and meeting your fans, what has that been like, any strange memorable experience meeting fans?

CW: I really appreciate my fans a lot. Anybody who thinks what I do is worth their time and money gets love back from me. There’s this couple in Portland who have been coming to my shows together from the beginning of their relationship. They’re married now and it’s like they can frame their life together with my music, it’s pretty cool.

KT: What was it like growing up among  musicians?

CW: I didn’t really think much about it. It was just my environment when I was younger. Music was made to be part of my foundation as a person. Looking back, I suppose it was inevitable that I’d be an entertainer.

KT: Do you have your own music library?

CW: I collect records but probably my favorite thing is learning about music. When I like an artist, I find out everything about them. I listen to all the music and writing they were influenced by, learn what their process is, why they made their most popular songs. I like everything around music that makes it what it is.

KT: How did you come up with an idea of re-sampling your own music?

CW: I was inspired by certain rap albums that combined live instruments and samples. Albums by Devin The Dude, The Roots and UGK specifically. I thought of taking that further and making music that might outwardly seem like I found some weird jazz record and just rapped over it when I actually composed all the music being sampled. 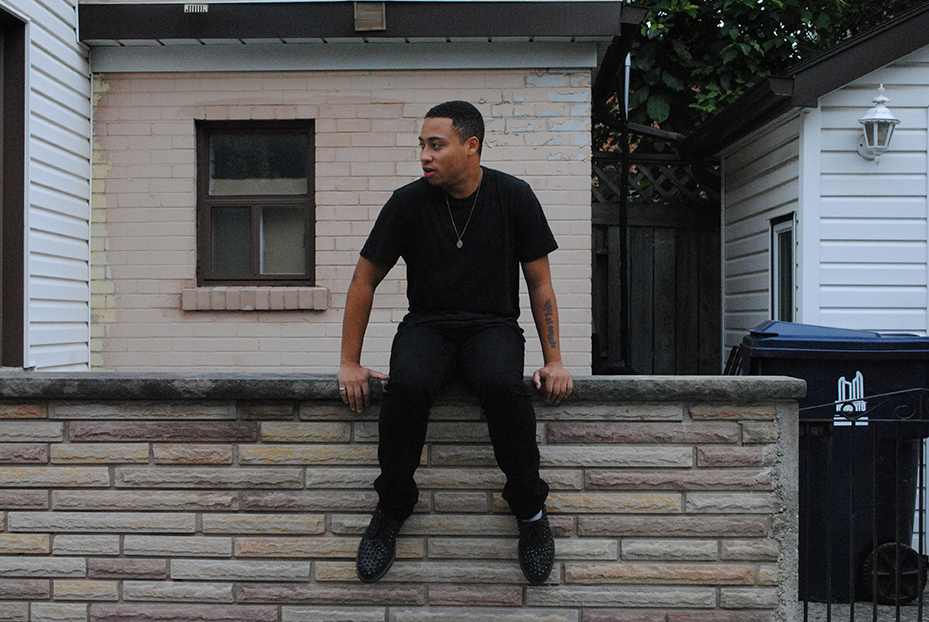 KT: You have been known for pushing artistic boundaries, what are you planning on doing next?

CW: I’m recording a lot of new songs lately, working on a new album. These tracks are more in the rap framework than anything I’ve ever done before. I’m definitely pushing myself hard in all directions. Trying to make beats in ways that no one has ever considered before. It’s futuristic shit.

KT: And now some wildfire personal questions: how would you describe your personal style?

CW: My style icon is probably Futura 2000, the rapping graffiti writer who was down with the Clash.

KT: Where do you go to shop?

KT: Favorite food, do you cook?

CW: I’m a good cook but I only cook interesting things when I have company. I like Greek food.

KT: Favorite city to play in and why?

CW: Barcelona. Everyone is happy there because it’s the most beautiful place in the world.

KT: Thank you for your time and good luck at the Indies!

A near decade ago Kateryna realized that it was time to translate her passion for music into a tangible product which very quickly became the first iteration of QupMag.com. Today Kateryna is spearheading what has become a recognized North American music publication with a team of contributors across major Canadian and US cities, documenting stories and shining a spotlight on new music. Kateryna also currently holds a seat on the FACTOR jury board. Working as a Design Director in emerging tech by day Kateryna splits her time between these two different industries consistently searching for talent and opportunities to grow the publication in new ways. Still very much actively writing herself she can be often spotted in photo pits of various stages across the city and sharing live from international music festivals showcasing a range of genres from indie, to reggae, to obscure sub-genres of electronic.