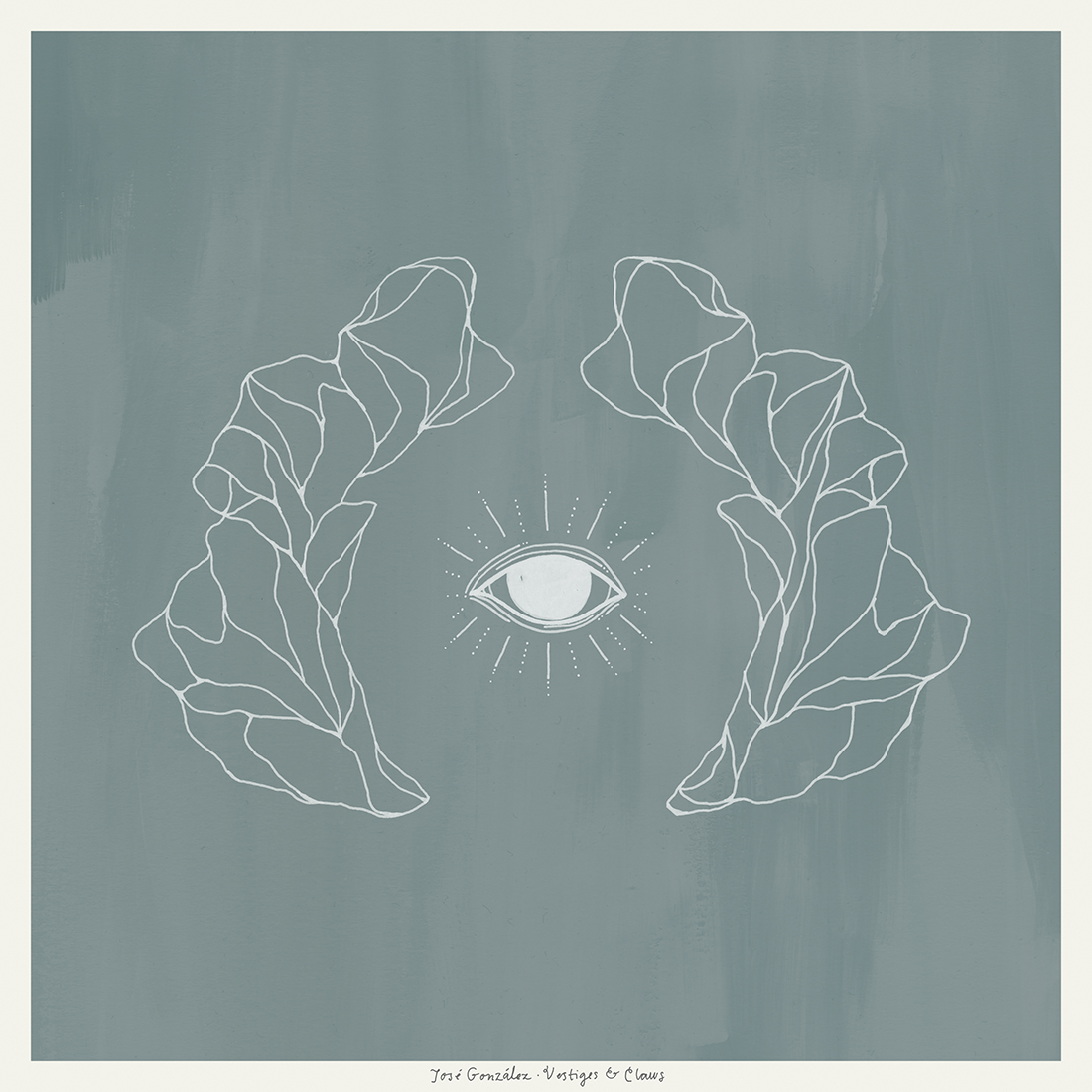 It is said that all good things are worth waiting for. Fans who have been waiting patiently, if not eagerly, for new solo music from singer/songwriter José González will be pleased to hear that this is entirely true in the case of his forthcoming album. Vestiges & Claws is the third studio album and first solo release from González in seven years, so it’s safe to say it’s been a long time coming.

With such a significant gap between albums, the most prevalent question on fans’ minds will be that of sound and just how significantly it has evolved or changed (if at all). With the amount of life to be lived between In Our Nature and Vestiges, growth is inevitable. This being said, González has managed to recapture a sound that is distinctively his own and reminiscent to past projects, whether from his solo work or with his band Junip. Rather than completely reinventing himself, González has taken a formula that works for him and has simply elaborated on it, producing an end product that is both lovely and welcoming.

Album opener, “With the Ink of a Ghost,” is a perfect example of this sweet, nostalgic quality. The track gently eases the listener in with skillful guitar chords and the introduction of González’s characteristically warm and ethereal vocals. The beauty of the track doesn’t hit you, but rather flows through you and around you like a gentle current. The following track, “Let It Carry You,” immediately gets you moving with a beat that, while still gentle, is infectious. I challenge you to listen to the entire track without bobbing your head or tapping your feet.

In an album as accomplished as Vestiges & Claws, it is difficult to choose a standout track. If there is one that stands taller than the rest, it is “Stories We Build, Stories We Tell.” Similar to “Crosses” from the debut album Veneer, “Stories We Build” manages to pack a punch both sonically and emotionally amidst an album that is otherwise so serene.

There are plenty of other eloquent moments throughout the effort. One of these moments can be found on the track “What Will” in which González namechecks the album as he softly sings, “Vestiges and claws/ fight for a common cause/ Refining without pause/ Fight for a common cause.” The poeticism in Gonzalez’s lyrics is entirely harmonious with the lovely quality of his vocals.

With Junip hard at work, producing three albums in four years, González’s solo work had previously been put on pause. Whether you’ve been a fan since the moment you heard “Heartbeats” or you’re just becoming acquainted with José González, Vestiges & Claws is an album you’ll want to add to your collection. Scheduled release date: February 17, 2015.