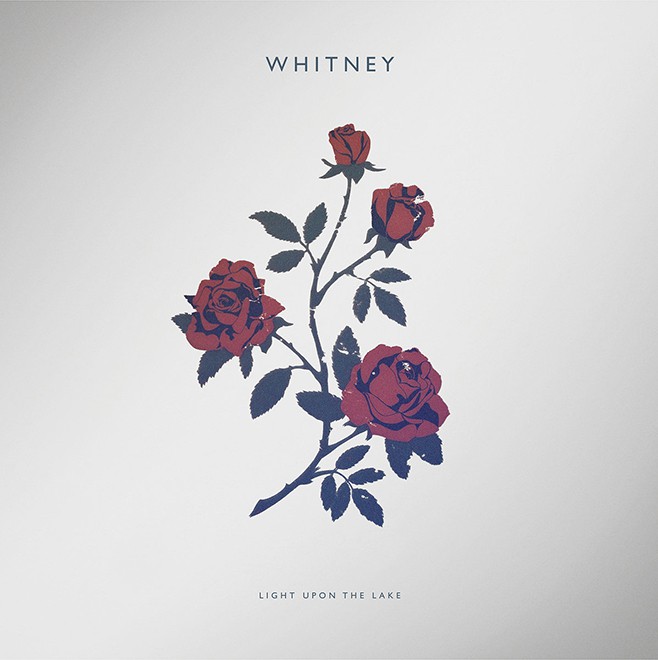 I like Whitney. I really do. I bet they’d like me if we met. I went to their latest concert in Toronto and thoroughly enjoyed their solid, albeit slight, output. By now you may be waiting for the ‘but’ so here it is: But I’m not sure why they released Light Upon The Lake: The Demos a mere year after dropping said debut. Was it to show how very similar their final product is to the original demos? Was it to show how the final polished album is better, with a cleaner sound, sweeter vocals and a more driving feel to it? Or was it to show that there isn’t a whole lot of back catalogue material for them to draw upon?

The big difference is that the demo is missing “Red Moon” and, to make things confusing, the title song of the album itself, “Light Upon the Lake”. There are two ‘new’ tracks that fans will be happy to get their ears on: “You and Me” and a cover of Alan Toussaint’s “Southern Nights”. I can attest to the delight fans felt in hearing them play that last song when I saw them live. “Another Song! Hooray! The concert will be longer than I thought!” This provides a clue as to what’s going on. As the band says in their press release, they have been touring nearly non-stop for two years. And they have been remarkably successful with only that one album. They may be feeling pressure to put out some new material.

They did release a two song EP earlier this year (You’ve Got A Woman/Gonna Hurry), featuring, like here, an original and a cover. I was happy to hear it – though, like the demo, it was not up to the standard of their debut. They should have released the new songs as another EP. The demo is a curiosity which you can safely ignore (unless you’re a die-hard, although buying only the two new songs would likely suffice even so).

Apparently, the band is looking to complete a second album soon. I hope they don’t rush out material for the sake of doing so but take the time they need to match their first great outing. Because I like Whitney, and I hope they still like me after this review.