Last week, on a rather chilly Wednesday night, we headed over to Toronto’s Wrongbar for a four hour Mr. Scruff DJ set. Four hour DJ set. On a Wednesday.

The lineup gathered outside of the venue before the doors opened. While there wasn’t much heat, there was definitely a ton of excitement in the crowd. People were slowly trickling into the room, grabbing beers and paying no attention to a relaxed Andy Carthy arranging his pretty hardcore set up on stage, walking on and off, getting a sense of the room and the sound. Something about his presence is incredibly content.

Content, however, does not mean boring. In no time the jazzy beats flooded the disco ball-lit room. One by one people danced their way to the front and with the first beats of latin influence, Wrongbar turned into a fluid mosh pit. 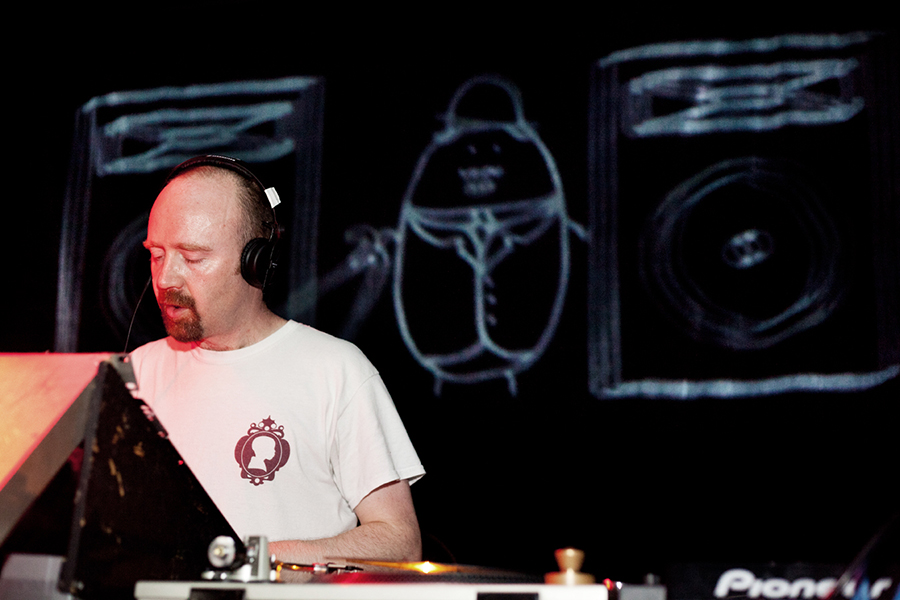 When we asked Carthy what we should expect at the show earlier that week he promised, “A balding geek playing a 4 hour, across the board DJ set, with some two-dimensional potato action.” He delivered.

“Hey, hey you, le’me ask you a question, is this what you expected from a Mr. Scruff show?” I turn to see him patiently waiting for an answer, “Isn’t this stuff really jazzy?” he adds. (I’m not sure if the drunk club goers can always spot a music writer in the room, but this definitely isn’t the first time). I went on to share my thoughts with him on the overall Scruff music repertoire, Ninja Tune association, and wrapped it up with my exceeded expectations. Plus ones and wonderers aside, the Mr. Scruff fan base is very much in touch, they knew what they came for, they were ready for it. They brought IT.

Scruff played a stirring selection of genres from disco and jazz to latin to industrial house with a dash of pop and back. To say that Toronto enjoyed itself would be an understatement. Boys and girls danced deep into the night, letting their inner latinos shine through, throwing moves and shapes left and right.