Are we ready to crown Run the Jewels yet? Being mentioned in Kendrick Lamar‘s To Pimp a Butterfly, “Critics want to mention that they miss when hip hop was rappin’/Motherf**ker if you did, then Killer Mike’d be platinum,” is less to spread recognition for the band, but instead is a nod for rappers that are on the same wavelength. Run the Jewels are going to keep performing at a high level regardless if they achieve stacks and stacks of commercial success. Headlining music festivals is going to keep the attention coming their way. 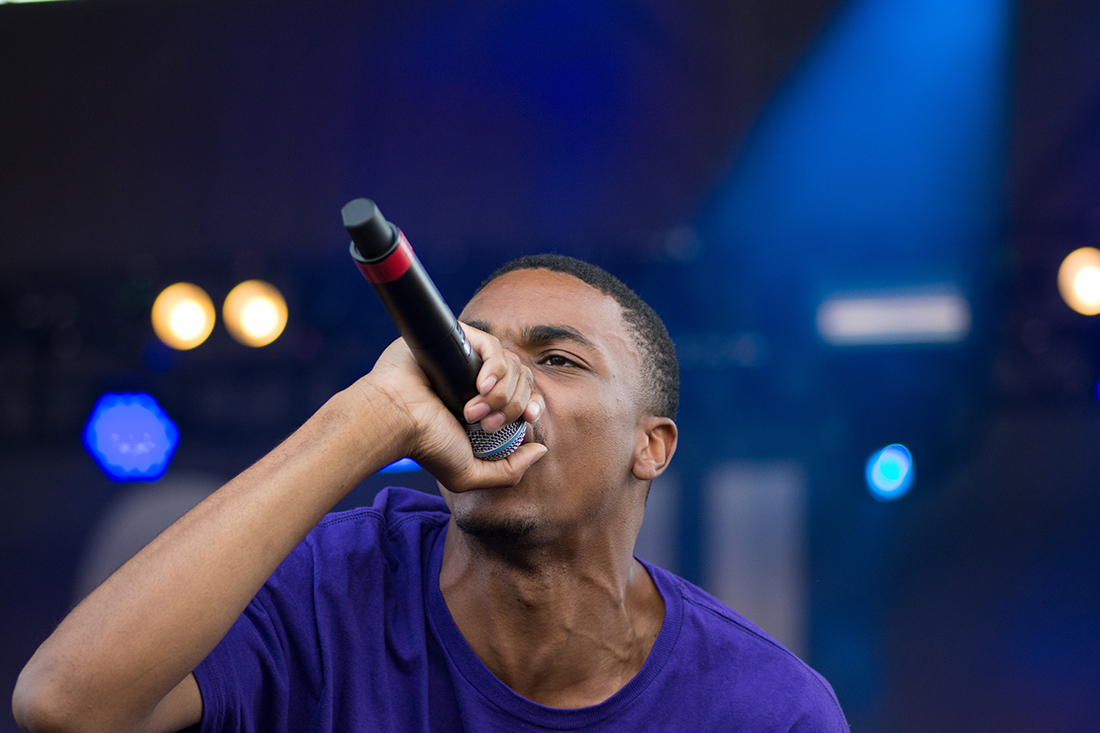 Sunday night at Northside Festival was a rainy night in Brooklyn, so of course Run the Jewels brought out special guest, Nas, to perform alongside them at 50 Kent. Killer Mike and El-P are the most charismatic frontmen. During the performance with Nas both men were hyped, jumping along with the beat and hitting the end of each line with an emphatic addition. Killer Mike was strutting behind Nas as he spit alone, a large grin spread across his face.

And across Brooklyn, Le1f brought his infectious, soda pop, hip hop to Brooklyn Bowl. Le1f is underground innovative for mixing his pop producing sensibilities with mile a minute rhyme spitting. He is also an adept performer, bringing fluid energy and a unique sense of fashion to the stage. His shows are beautiful pieces of art, where Le1f intertwines hip hop with body movement, bringing dance as an integral part of the performance. There’s a full length album coming on the horizon.

Though probably most famous (but hopefully not) for the debacle that was a certain sax riff re-appropriated for Top 40 success, Run the Jewels suggests that there’s definite space and need in hip hop for Le1f. Whether it’ll come in future head nods from more pop rappers or the continued influence of other artists, Le1f represents the up and coming that Killer Mike and El-P are heralding, after years toiling in the underground as critical darlings.