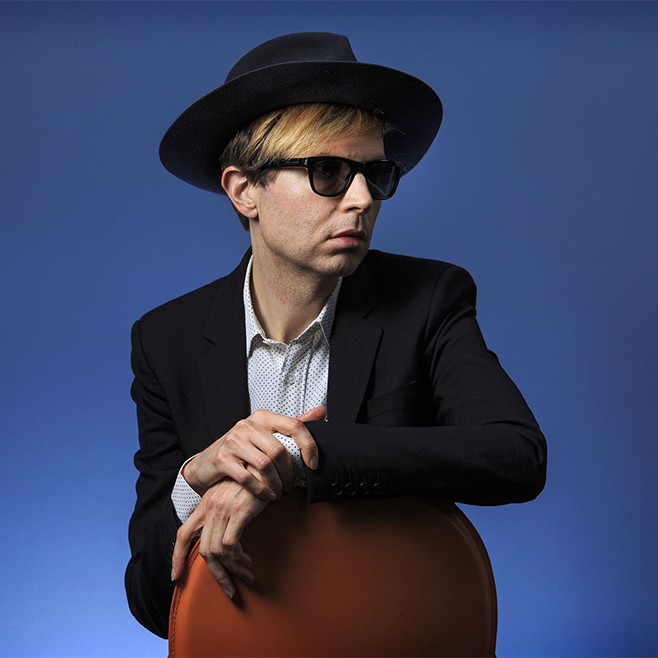 Project Pabst that we’ve come to know is actually the combination of two festivals. Prior to joining forces with the corporation, Northwest Music Fest was a small, less corporate version of SXSW for Portland. Northwest Music Fest is also a venture of Willamette Week, a local paper in Portland. Last year the festival sold out, sorry to say but it’s not the same case this year. Not to say that this year’s lineup wasn’t a good one. The grandfather of punk Iggy Pop and the mastermind of genres Beck himself were headlining their respective days. But a lot of other acts on the bill were bands that you see at almost every festival including Whitney, Spoon, and Die Antwoord. All talented and diverse but they have been on the festival circuit heavily for years, so most people have seen them by now at least once and perhaps that kept the ticket sales down.

The festival takes place on the west side of the Willamette river at Tom McCall waterfront. It’s one long corridor packed with beer tents, food stalls, marijuana dispensaries, merch sales, and so on. In the middle is a huge silver unicorn rearing up on its back legs. As the day goes on the corridor becomes more and more congested with increasingly intoxicated  festivalgoers.

Saturday kicked off with Lizzo’s set who carries a strong Girl Power vibe. It was early enough in the day to get right to the front of the stage where the vibration from the speakers literally made my nose hair’s rattle. Lizzo is big on the idea that self-love isn’t selfish and even calls a portion of her set the self-love section. The majority of the set was dance worthy jams and I noticed about half way through that Portland’s own The Last Artful Dodgr was right in front of me. Lizzo let the crowd know she was feeling the love and was feeling so good she started giggling when she should’ve been rapping, apparently this never happens.

Next I make my way over to Die Antwoord‘s very freaky, very debauched set. Images on the screen depict kewpie dolls with giants penises while over sexed back up dancers are clad with masks fit for serial killers. I’m still not sure if DA is taking them selves too seriously of if we are?

Father John Misty has decided to grace Portland with his presence at Project Pabst as well. While some have fully written him off as a megalomaniac I like to think of him more in the vein of the Simpsons or The Family Guy, he’s turning the mirror on society and showing us how much we truly suck. His set is complete with a full band and a millennial pink backdrop. While he does play a majority of Pure Comedy he makes sure to sprinkle in the hits from his self titled album and I Love You, Honeybear.

Iggy Pop closed out Pabst Saturday. There’s a lot to be said for the grand father of punk: he still looks decent with his shirt off and can still really, really sing. A lot of musicians from his era have lost their vocal abilities (I’m looking at you Jethro Tull). He played everything you would want to hear and he even drew in the other heavy hitters of the festival. Once again, right in front of me is another artist, this time it’s Spoon’s Brit Daniel, instagramming the performance. Iggy has been a huge influence for musicians and fans alike so the crowd is about as diverse as Portland can get.

While Project Pabst may not be the premier festival of Portland and some may even think it replaced a better one, it still gets the job done. It offers up great musicians and to be honest $4 for a PBR is better than the $8 you’d pay for a Bud Light at Lollapalooza.