NXNE Thursday began with House of Vans at Vice Island. As we journeyed to the island on a ferry under the bright sun, patiently hoping to get there soon, any minute now really, we slowly observed the crowd. Now some of you might say that we are being harsh but quite frankly Vice Island 2014 is where fashion went to die: overalls, mullets, over-sized pleated pants and undersized lace crop-tops occasionally accented by an underbutt, were a testament to how it is no longer cool to be cool. Everything vintage sold in Toronto was purchased by this crowd.

The small stage, greasy food-truck snacks, shitty poutine, and picnic blankets created a very homey feel. The attendees occasionally got up to dance and jump to Omar Souleyman, Mean Jeans, The Posterz or Future Islands. Herring I fucking love your singing face! But more on that later. 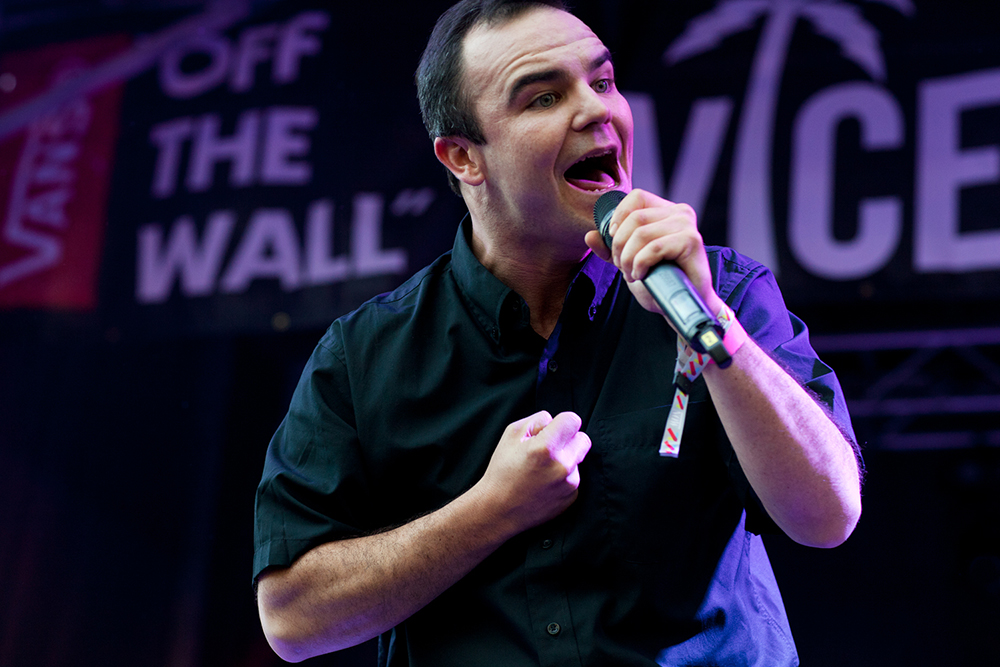 The big city had an equally exciting lineup pouring through the streets. Diamond Bones took the stage for an early show at the Silver Dollar. Early shows can be a tough sell at festivals, but this Montreal trio weren’t fazed by the crowd’s slow build at their grungy setup. The band brought an energized, upbeat performance that mixed heavy beats with an emphasis on their front woman’s lush, sweeping vocals that were at times reminiscent of Robyn.

Next stop, tUnE-yArDs. The brilliance of tUnE-yArDs front woman Merrill Garbus shone bright under the lights of Massey Hall. With a neon-infused set and accompanying group apparel that would make Tim Burton drool, each member offered synchronized choreography to accompany the tribal beats that, as Garbus explained, were inspired by lessons in Haitian music and dance. Engaged in whimsical and humble banter, tUnE-yArDs not only consumed ears, but eyes, souls and rhythm. 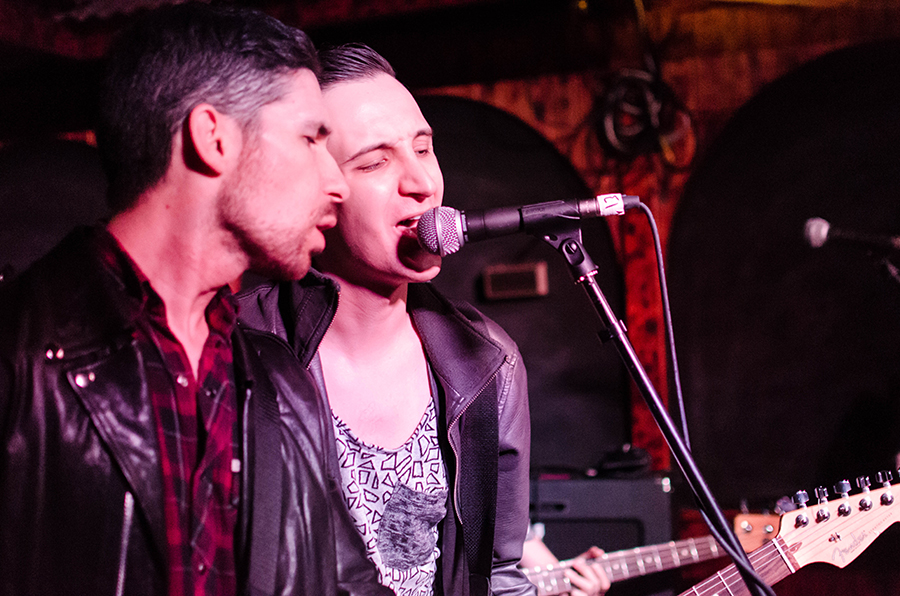 Catching the second wind, we made our way over to the Handlebar just in time for BC’s Fine Times. Handlebar’s tiny corner stage could barely hold the band’s equipment let alone accommodate vocalist’s Matthew Moldowan’s energy. It cannot be contained! Fine Times’ upbeat tunes quickly filled the room, people began to move forward from the patio to the back, and a couple of energetic dancers brought all of their moves out with no shame. And so it should be. Though some of the Fine Times’ songs have fairly sad undertones, their occasionally heart-melting lyrics are packaged with beats made to be true indie dance tracks.

Wiped out by all of the running in and out of random venues and away from occasionally surprisingly terrible sound, the evening found its pleasant conclusion back at the Handlebar during a 2am A Sol Mechanic performance.

As David Blazer set up his one man project in the slowly emptying out room, quietly singing over tracks for sound check, the calmness begun sweeping the bar. Blazer’s music is clean, precise and to the definition chill is filled with glitchy, patchy lyrics carefully matched over beats. Sometimes you hear someone play and know that someone has found a uniquely precious sound. A Sol Mechanic seems to have found it; this kid is one to watch and he’s welcome to back to Toronto any time.