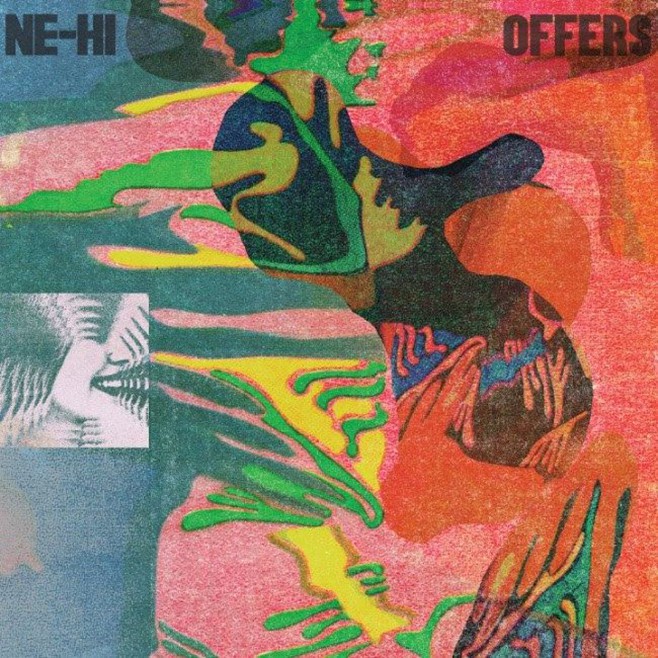 NE-HI recently released their second album, Offers, via Grand Jury records (which also happens to be the home of a couple more of my favorite windy city boys, Twin Peaks). This is the first release for NE-HI under a prominent indie label.

For the new album, the group worked with well-known Chicago producer Dave Vettraino, who also helped produce their first project. Vettraino previously worked with fellow garage rockers Cafe Racer. The garage scene in Chicago is a wonderful little community that supports one another. That’s where Twin Peaks started, and I’m sure we’ll only see more come out of it (cough, cough, Post Animal).

NE-Hi took more than two years after the release of their first effort to craft Offers. Most fans know that the first album materialized almost as a fluke. The young men initially came together to write the score for a friend’s film, but the film never ended up coming out. Instead, they formed a band.

The biggest difference with Offers is they had time to reflect and decide who they wanted to be as a band and what they wanted to say. I was able to sit down with guitarist Jason Balla and learned that most of the writing came about organically, amongst some stumbles and a little overanalyzing.

They were frustrated at first over the recordings and decided to just relax and have some friends over. Through the magic of what I can only image was “Olde Style” and jamming, the album’s title track was born. During the jam session, Colin Croom (of Twin Peaks) chimed in with a broken Farfisa. No word on whether he played on the record—but I love how this music scene is so intertwined with one another, like a brotherhood.

Offers itself is definitely a coming-of-age album for NE-HI. Balla said he wanted the record to be “something of an act of solidarity with people who are trying to figure it all out. There was a lot of pressure and exhaustion and self-discovery in the process of writing and recording. We were trying to find our voice and we’re proud of the one we found.”

I think listeners will definitely hear this in the lyrics of tracks like “Stay Young”, “Offers”, and “Out of Reach”. I personally think “Everybody Warned You” is about an ex—at least, it makes me think of mine. While NE-Hi is trying something new lyrically, they stay true to their rattling, jangling guitars. Their psycho surf influence is still prevalent on tracks “Buried on the Moon” and “Every Dent”. Songs like “Prove” pep things up a bit, but we still have Mikey’s and Jason’s long, lingering vocals to draw us in.

Offers is a somewhat rare piece in the garage rock scene where the sophomore record not only delivers, but may surpass the debut effort. If you have the chance, catch these boys on their odyssey-level tour.