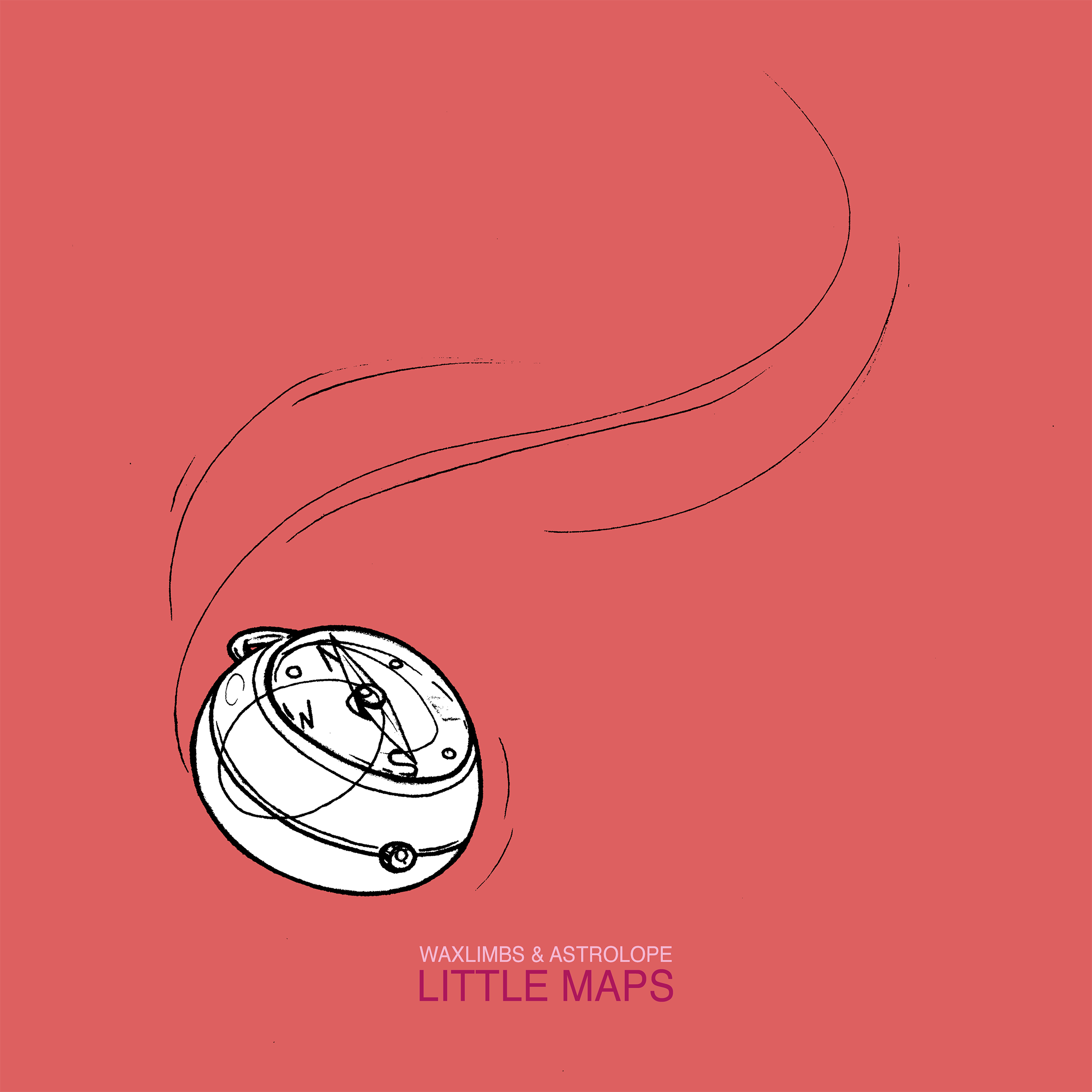 Rather than entangle the already complex arrangements of Waxlimbs & Astrolope’s convergent solo efforts, the duo’s first collaborative album, Little Maps, tidies the sometimes arduous tropes of glitch-laden electronic music, and establishes a composition that is more easily accessible. Simultaneously faint as it is sharp, the pressing is never short on a certain atmospheric tension. We, as listeners, navigate between the lucidly minimalist and the other more involved settings, caught in the inexorable current of a post-digital medium.

Opening with the album’s title track, we find ourselves permeating over the first of eight songs. Grounded in a distorted drumbeat, and accompanied by other auxiliary effects, the track is centered on a luminous piano line, redolent of the production found in 1990’s hip-hop or similar jazz outlets, and practically calling for the right vocalist to venture overtop.

The album draws from a variety of different channels, deferring sonically, track to track, at the whimsy of its two creators, but still succeeding in keeping a common drift throughout.

Fortunately, the album’s penultimate song, “Blue,” reprises the original piano line, albeit a bit slower, but this time partnered with the undulating vocals of featured artists Mash and Cassandra Beauvais. What was originally so tantalizing has now come to fruition, and subsequently showcases the artists’ competency in directing parallel pieces to different ends.

While the production of the album is something both impressive and enjoyable in and of itself, it’s the inclusion of these supporting vocalists, such as those aforementioned, as well as those who go uncredited (possibly the producers themselves or samples of others, I’m unsure), that really make the album comprehensible to a wider audience.

Songs like “Blooming” and “Vibrance,” both effervescent in sound and scope, lend themselves to lyrical accompaniment so well that in adding those layers, the album plays more like a polished mainstream publication than a esoteric noise album. And while the record has no problems delving back into the more traditional reaches of glitch, with songs such as “Peacock,” and perhaps more interestingly, “Ferrofluid,” their placement in the playlist only proves to enhance the surrounding moments and expand on the album’s satisfying inclusivity.

Whether or not Waxlimbs & Astrolope’s intention was thus, Little Maps is an album approachable from many avenues. Be it for the sweet eccentric or the callow ear, it lands on all sorts of listenable spectrums.