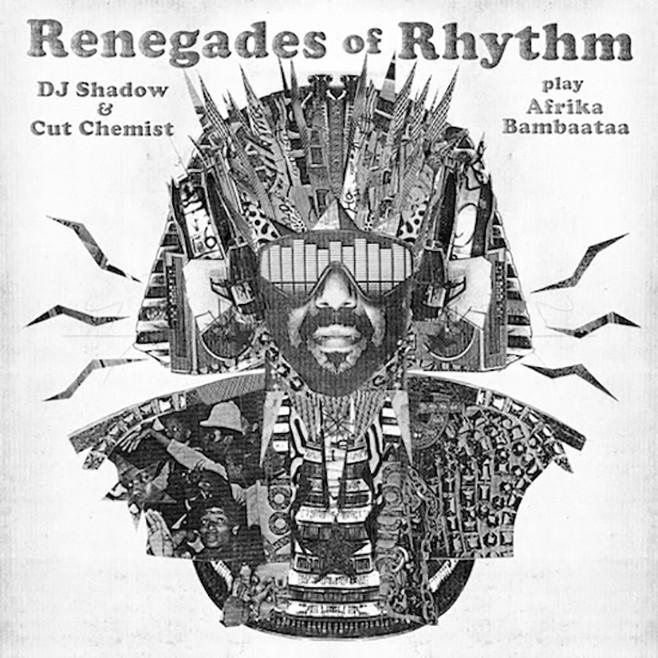 DJ Shadow and Cut Chemist are on the road for yet another collaboration tour, celebrating the legend that is Afrika Bambaataa. We’ve seen the show when it first kicked off earlier this month in Toronto and really think you should go too. In that cheerful spirit, we’d like to send two fans to the upcoming show in Chicago.

As a ground breaking DJ and MC, Bambaataa inspired both Shadow and Chemist in a radical way, so to win those tickets we’d like you to share with us a quick story about a song or an artist who inspired you in one way or another.

Prize: 2 tickets to the September 23rd DJ Shadow and Cut Chemist Renegades of Rhythm show at the House of Blues [total value $95.20 US + applicable taxes].

How to win:  Tell us what song or artist had a major influence on you by tweeting at @QuipMag using hashtag #RenegadesQuip or by commenting on the post below. Make sure to also follow @QuipMag on Twitter.

We will pick one random winner from all the submissions and contact them via Twitter or email shortly after the contest closes.

Other important stuff: Contest starts Friday, September 19th, 2014 at 10am and ends on Sunday, September 21st, 2014 at 10pm EST. Winners will need to be able to show photo ID. One entry per person. The contest is open to all residents of the US. Must be 19 years of age or older at the time of entry. The contest is not open to the member of Quip Magazine or it’s affiliates.