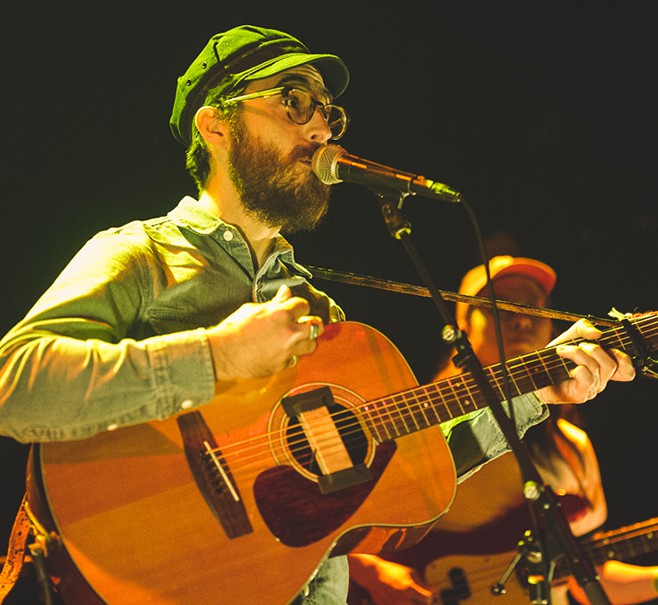 Brooklyn band, Woods, has been at it for close to a decade and they are finally trying something new. Their new album Sun City Eater in the River of Light is almost a total departure from the usual psych-folk that fills their album. Their new album is jazzy, smooth, and, frankly, quite danceable. During their set at the lovely Lincoln Hall you could feel a palpable change in the atmosphere. Heads bobbed quicker, booties shook more feverishly, and even the bartender couldn’t stop grooving. The debut of this new album is a chance for Woods to re-introduce themselves and gain a new audience of listeners. 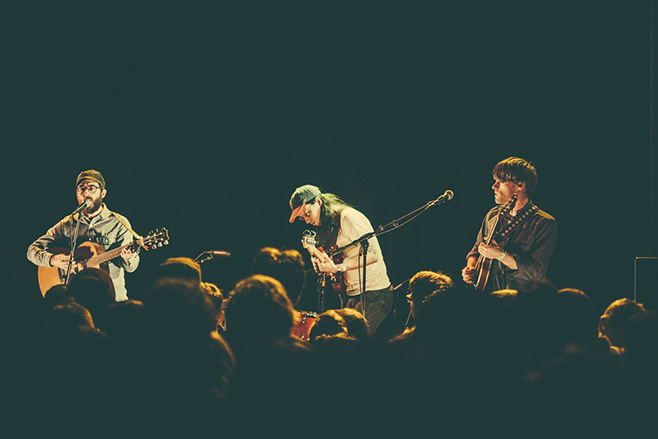 Woods is still very much Woods though. Jeremy Earl led the band with his falsetto-like voice through 75 minutes of tunes and their amps were covered in Olde Style cans. Woods will still lead you on your vision quest. In interviews leading up to the release of Sun City Eater, Earl and Jarvis Taveniere were asked about how they have remained at the core of the band. They mentioned like-mindedness between the two and a complete comfort when touring and recording together. Watching the band onstage you can see this. I feel like mid-way through the show, it was almost akin to being present at a practice session. They communicate through a language all their own. Sun City Eater is interesting because they are still trying to maintain their Woods identity while introducing something new, like a touring trumpet player.

I think Sun City Eater is going to do something interesting for Woods. It’s just too different and too good to be ignored. Getting to catch them on this tour felt special. Years from now, my generational subculture will mention this album and this tour and how it may not have changed the face of psych-folk, but it did change something for Woods. What that something is, we’ll have to stick around and see. It could be spin off albums or simply more member change-ups. Either way, it’ll be groovy. 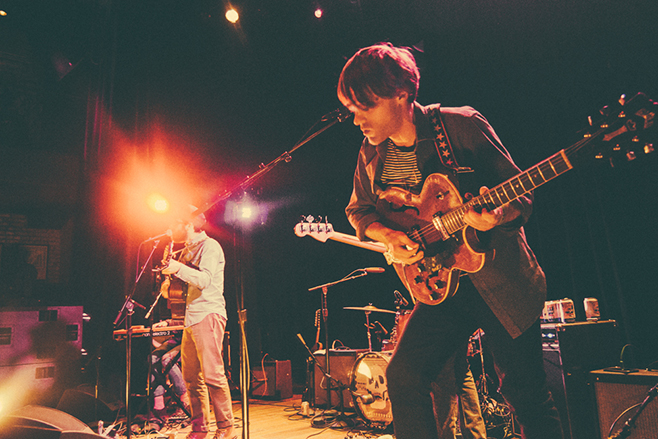