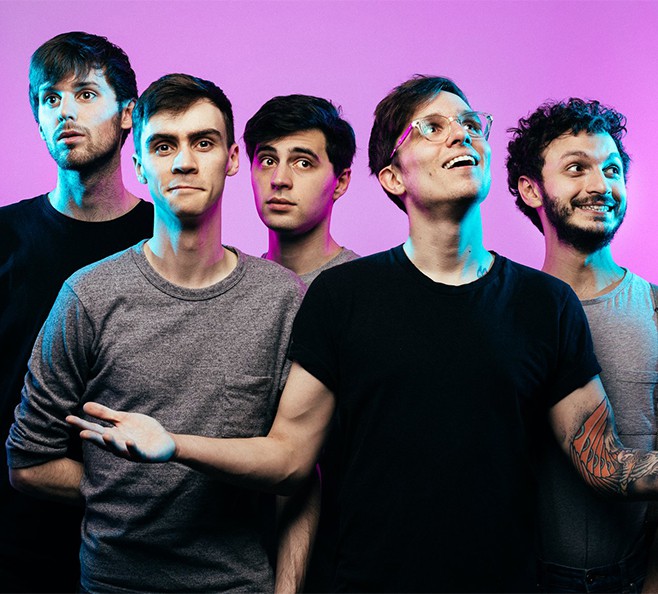 Alternative/pop band, VALLEY, was a highlight of the week, playing a Wednesday show at the Horseshoe Tavern. The Toronto-based group, comprised of four members, already have two EPs under their belt, with rumours of a third album to come. The Horseshoe offered a cozy atmosphere for their performance, with a full, enthusiastic crowd. Offering up a range of catchy songs, most notably “Say” and “You” off their second EP, This Room is White, VALLEY is fun, upbeat and heavily reminiscent of one of their personal influences, Walk the Moon. A great set overall.

Part of the Bonsound Presents CMW showcase, Lysistrata played a Thursday set at Kensington Market’s Supermarket. Bringing forth a burst of energy early in the evening, the three-piece band from Saintes, France are, as they put it, “inspired by the screaming energy of youth”. Facing each other on stage, each young member was armed with a microphone, and let ‘er rip with songs that blurred the line between screams and melodies; a vibrational experience for both the ears and internal organs. This band stood out for its distinct sound, and despite a thin crowd, managed to make an impression. For a sonic explosion, check these guys out.

Making a return to CMW, Toronto’s very own Good Kid took to the Monarch Tavern for a heartfelt set amongst a friendly crowd. Comprised of five computer programmers-turned-musicians, the energetic show felt like an intimate concert between friends – a common experience while watching this group live. Taking inspiration from early 2000s bands like Bloc Party and The Strokes, Good Kid is a feel-good group that makes the audience feel like they’re part of a big, old jam. Highlights of their set included track “Atlas” and murmurs of a coming new EP.

Taking on the Garrison for a late-night show as part of the Royal Mountain Records Showcase was indie rock band, Dusted. A product of core members Brian Borcherdt — also known for his role in the electronica band, Holy Fuck — and Leon Taheny, the group also includes other rotating members like Wintersleep’s Loel Campbell. Established in 2012 with the launch of debut album “Total Dust”, the band has since released a follow-up album, “Blackout Summer”. Offering a gentle sound that at times felt almost lethargic, like a heavy dream, the band sounded strongest thorough tracks off their latest album, notably “Dead Eyes”. This band is worth checking out live.