This past Saturday was Chet Faker‘s second performance in Toronto in 2014 and this time he did it properly: on a theatre stage with a light show and glorious sound.

Though not many people showed up for the opening act the venue filled in for Chet. It was obvious people were there only for him. Without any accompaniment he started the set with an instrumental performance and went back and forth with tracks from Built on Glass, Thinking in Textures, and his Flume collaborations. Between the songs he shared stories to the fully engaged audience, holding on to his every word. From the front to the back people were shouting lyrics, occasionally tossing frantic jazz hands up into the air. 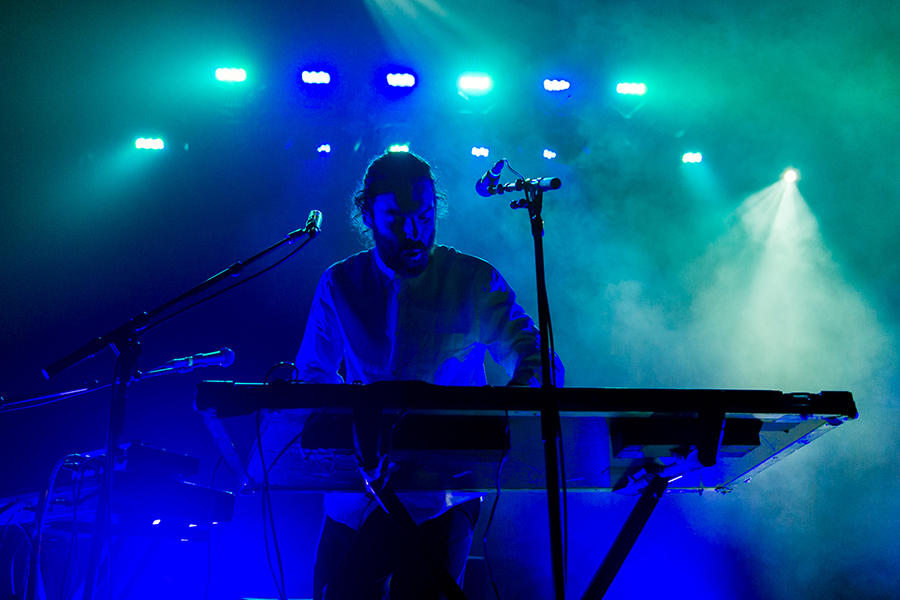 The thing about Chet Faker is it’s not just his voice, the lyrics, or the way each track magically comes together into an adventure. It’s how the music comes to life in front of a live audience: the instrumental tracks are faster and more involved while all of the lyrical songs are elevated with energy drawn from the gawking crowd.

It’s safe to say that those who like Chet Faker don’t just like him, they obsess over him. No one listens to an album just once, not even twice. It’s on repeat for almost everyone who listens to it through the first time.

People had to be kicked out of the venue long after the show was over because everyone was wandering the Hall in smitten amusement finishing up their drinks. Once you leave, even a day later, the feeling of that show stays with you, like a trip to a place somewhere in the corner where even sadness is sprinkled with sugary goodness and joy.