If you ask anyone in Toronto how Riot Fest was, they will immediately say “muddy.” Is this worth talking about, you might wonder; yes, yes it is. When you enter a festival that is primarily focused around rock and punk, mud becomes an accessory.

While some managed to leave Downsview Park with just a muddy footprint (how they got around the grounds is a mystery to me) most people were covered in mud to their knees. The passionate music fanatics were decorated with war-stripes and covered in spots because during each particularly good mosh pit, it would rain mud.

Downsview Park covers cornfields of space (minus the cornfields) with multiple hills building a scenic landscape around the four stages. We all witnessed some wonderful sunsets over the weekend and a bunch of people flying kites under a grey sky. The carnival portion of the festival was lost amid the massive space and while everyone seemed to enjoy a Colossal Onion most people missed the (sad, sad) circus themed wrestling match somewhere in the middle of the park.

Now that we’ve set the scene let’s get to the music. 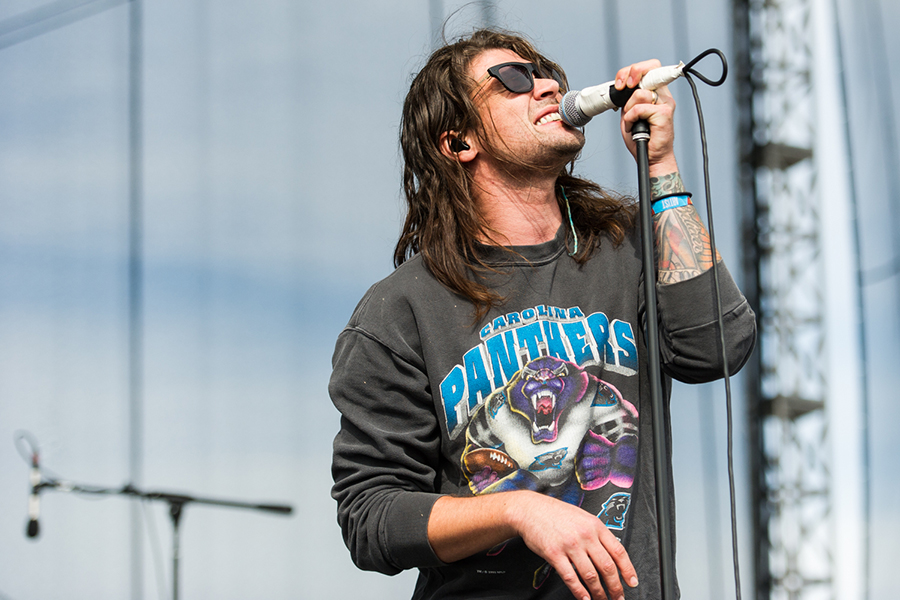 The crowd was clearly divided; most people only came for one day with Saturday being the heavier, louder line up and Sunday showcasing the now old-school headliners. Taking Back Sunday and Rise Against immediately turned into a tight muddy mess with people surfing back and forth in front of the stage dropping on the ground like hot potatoes, throwing ripples of mushy water onto the surrounding crowd. This crowd is serious, no shame, just glory and slightly angry joy. 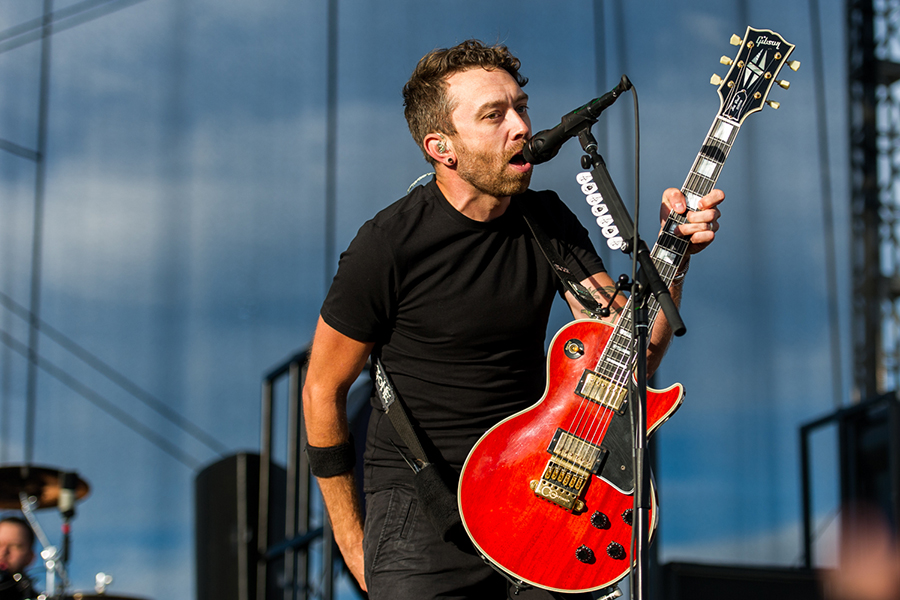 On the more subtle side of performances, Awolnation drew half of the park to the hill saving the infamous “Sail” until the end. The band’s energy is pretty fantastic but they seemed to lack focus. Tracks vary in sound – so much so that if you heard the beginning and the end of the set separately, you’d think it was two different bands. We call this a one hit wonder, but go ahead, prove us wrong. 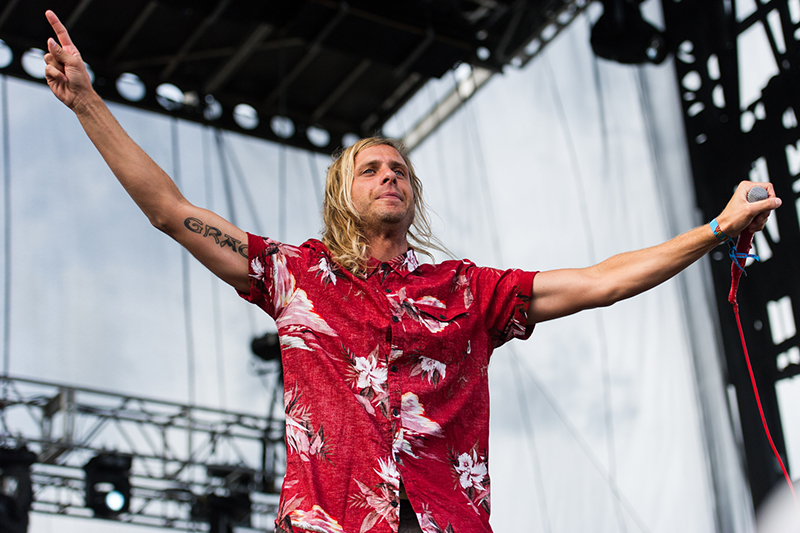 Looking around it was obvious Death From Above 1979 drew a good chunk of the crowd. A varied piece of the audience was proudly wandering the park in branded t-shirts both days of Riot Fest. With a new album, The Physical World, having just recently hit the shelf, DFA1979 was on fire, killing it track after track while poking fun at the suburban kids in the front rows. 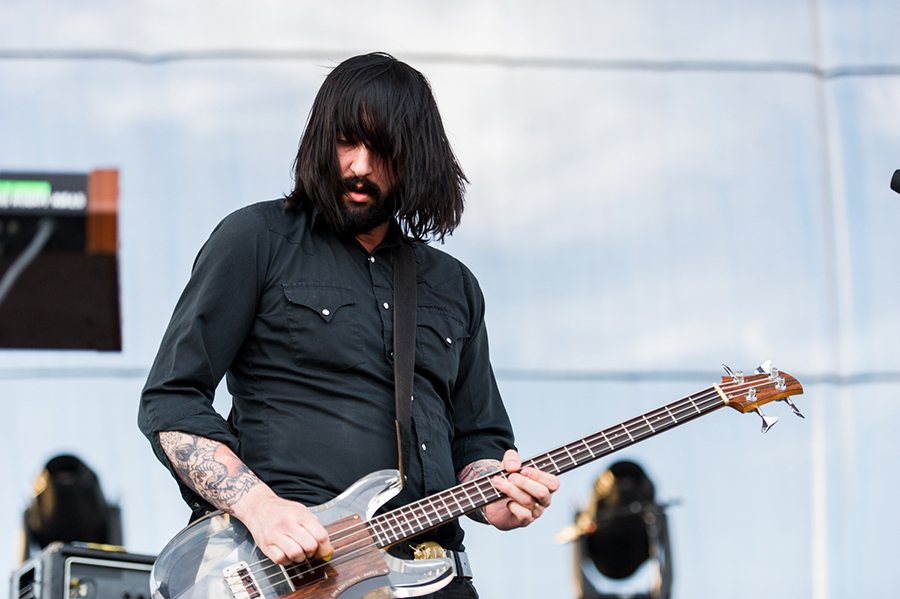 The highlight of the night was The Flaming Lips circus. With all of the theatrics decorating the stage, the music was lost into the wonderland of “giant fuckers” dancing around Wayne.

The following day a competing performance from Die Antwoord wired up the day. Both Ninja and Yo-Landi Vi$$er entered the Rock Stage with masked dancers and orange jump suits which fairly quickly peeled off in layers down to the signature short-shorts. As Yo-Landi would say: Bye-bye. 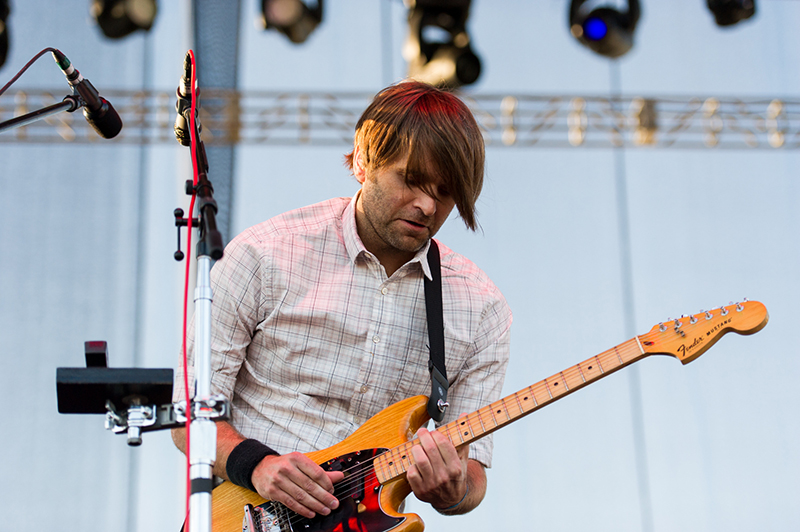 Overall Sunday proved to be a more steady flow of smooth sound. While Stars briefly tried to raise a political revolution in between guitar tuning, Death Cab for Cutie brought together all of the lovers, secret fans and well, everyone who’s ever heard “Soul Meets Body.” This was peaceful and cheerful with people swaying and nodding to the music almost in tune.

The transition to The National seemed only natural. Ohio brought it home. Thank you Riot Fest, for keeping us warm at night.

See more photos from Riot Fest on our Facebook page.