The debut Toronto Urban Roots Festival (TURF) came and went with the flash of a camera and stack of multicoloured wristbands. Stationed in Toronto’s historic Fort York, this two-staged festival of music was a decided win for not only the festival’s coordinators, but for the City of Toronto staff that braved Sunday’s intermittent downpours.

For a festival in its infancy, this four day event got a whole lot right: conveniently located stages, plenty of local food and drink options, prompt performances, multiple porta-potties and hand washing stations, blankets, and even an umbrella check-in. In fact, despite the major mud created by the rain, many concert-goers seemed near thrilled to squish their toes and smear dirt across their bodies.

Camera Obscura were second to kick things off, graced by a clear sky and eagerly waiting attendees. This darling, six-piece band are humbly appealing, and not only for their Scottish accents. They cast a charming calm across the crowd with a playful mixture of vocals, guitars, keyboard, bass, tambourine, drums, and mandolin. It’s lead vocalist Tracyanne Campbell’s, soft voice combined with upbeat melodies that brings to mind a ’50s style Friday night diner popping with the jitterbug. 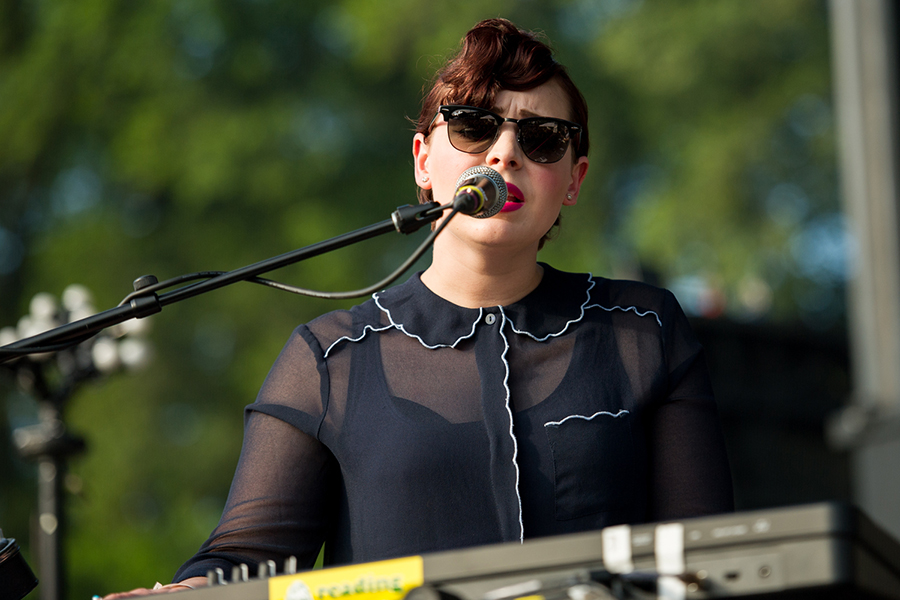 Next to the stage were the Joel Plaskett Emergency, fronted by Canadian musical veteran, Joel Plaskett. Recently prevented from playing Calgary’s Sled Island Festival due to mass flooding, they put on an energetic and interactive show that demonstrated the lyrical genius Plaskett is known for. “Harbour Boys” was a favourite, given solo by Plaskett, and sung in unison by the crowd.

Los Angeles based indie soulsters, Fitz and the Tantrums came armed on Friday night with amped tunes and neon lights. A departure from the evening’s previous folk and country-heavy artists,  this group is serious about their synthesizers and created a soulful sound that combined an interesting mix of electronica, soul-pop, and roots. Fronters Michael Fitzpatrick and Noelle Scaggs are energy giants, and though this was not the easiest gig for these guys to play, they seemed to sell it to the crowd. 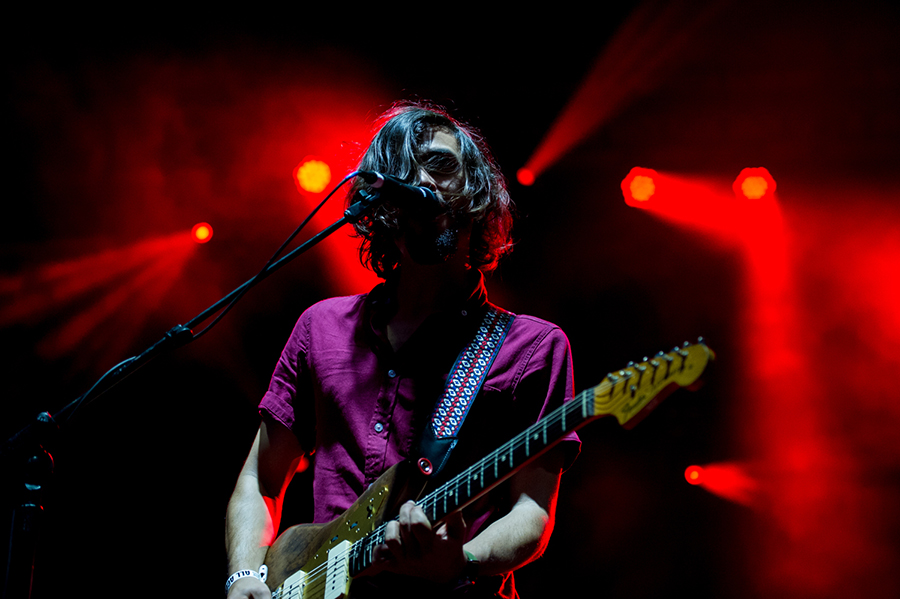 Hamilton’s Arkells blasted in to fill Friday’s last slot, opening with their hit “Whistleblower” (oddly relevant given Edward Snowden’s current situation). All fired up, they gave the crowd sing-along tunes and headlining prowess. Lead vocalist Max Kerman proved an animated performer, especially after pulling out Motown classics that included “I Want You Back” and “You Can’t Hurry Love.” Joined on stage by members of super cover band Dwayne Gretzky, the band provided a fitting night cap.

Frank Turner & The Sleeping Souls started Saturday’s collection of performances. The punk-turned-folk artist was gracious and likely the most enthusiastic performer of the entire festival, not only expressing gratitude to the crowd, but shared excitement for other acts. Strumming foot-stompers like “Recovery” and “Photosynthesis”, Turner encouraged audience interaction with jumping jacks, and with an ear-to-ear grin, paid homage to Canada’s The Weakerthans. A thoughtful, passionate set. 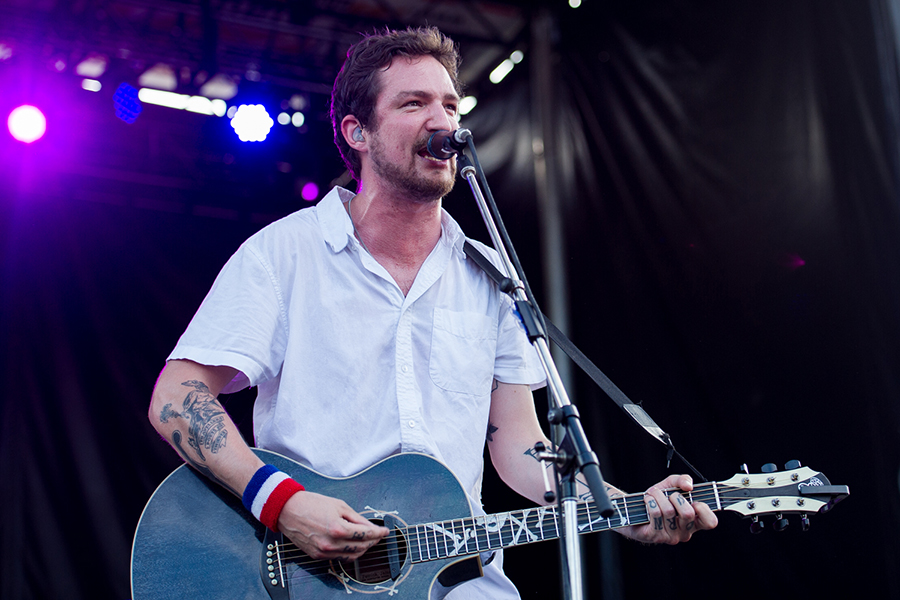 Stepping on next were The Hold Steady, a Brooklyn based indie band with one of the happiest lead vocalists (Craig Finn) I’ve ever seen. Moving back and forth, arms flailing and mouthing excess lyrics, this band announced an upcoming album and strummed older tunes like “Chips Ahoy!” and “Constructive Summer.” Great to see these music veterans up there.

The third evening ended with Celtic punks, Flogging Molly, who feel as much like activists as they do performers. Proudly Irish, they filled their surroundings with fiddles, electric guitars, and marathon-style moves that rivalled Riverdance. Quick, raw, and unapologetic, this group presented a great atmosphere for pre-drinks before a night out. 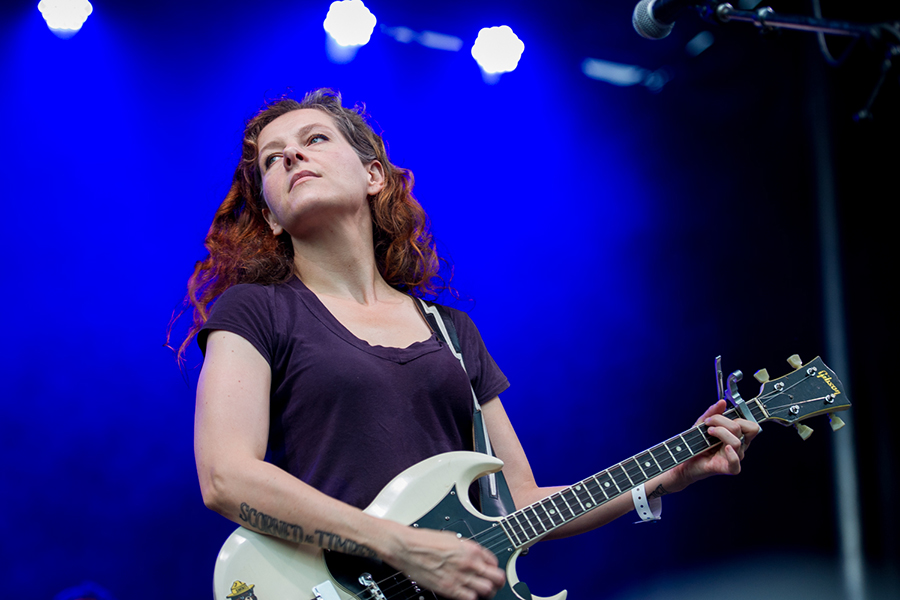 Sunday evening was finally met with rain that softened the ground but not the spirits of concert-goers. Neko Case (of The New Pornographers) played the second last set, which turned into a storm halfway through. Gravelly and gracious, Case was thoroughly touched by the crowd’s loyalty, and fittingly offered “This Tornado Loves You” as well as some oldies that included “That Teenage Feeling.”

The final act to the stage were Glasgow’s own Belle & Sebastian, dreamy pop Glaswegians with adorable eccentricities. Lead man, Stuart Murdoch, is a true entertainer, whimsically arriving with an umbrella and twirling methodically around stage. The wonderful thing about this group is the orchestral atmosphere they create, not only due to their size, but encompassing harmonies. Highlights included audience interactions, which involved a live game of scrabble.

Even though TURF concluded under one of this year’s worst rainfalls the event was a success filling in the gap of chill music festivals and shedding light on local talent. We look forward to watching it grow.

See more photos from TURF on our Facebook page. 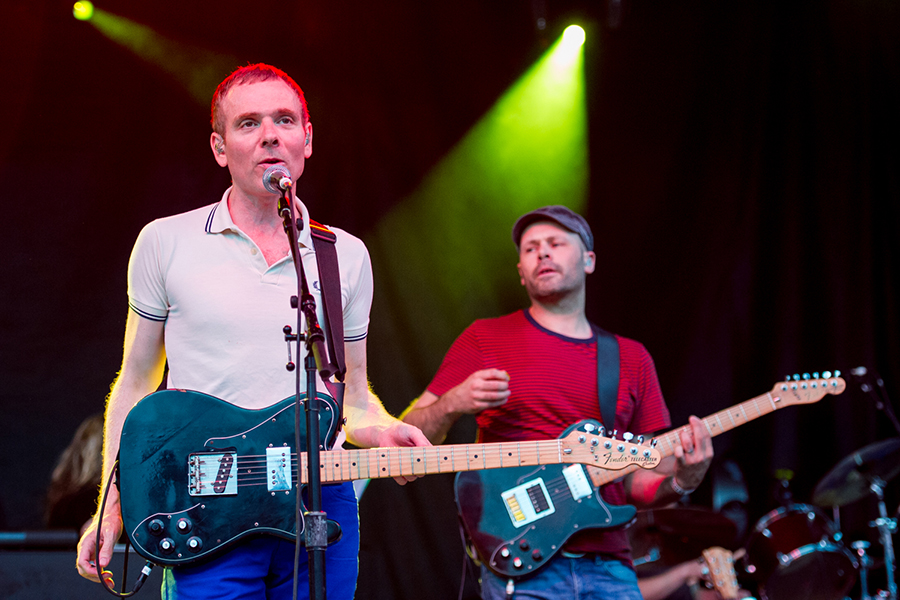