The fields of Toronto’s Fort York were once again overtaken by musicians and music-lovers for the second annual Toronto Urban Roots Festival (TURF). Following the equally indie Field Trip festival only a few weeks earlier, TURF offered a wide range of music from folk to indie-pop and rock ‘n roll.

While the line-ups were strong, and the vendors local, this year’s additional additional south stage that expected patrons to sit on a near-90 degree angle while dodging groundhog holes could have been better-stationed. Aside from the usual festival nonsense, like bad overpriced beer and limited food choices TURF offered a few things that are worth talking about. Here’s a look back at some of the better TURF 2014 highlights:

Gary Clark Jr: This Texas native is a fireball on stage and the guitar. Playing an afternoon set, the Grammy-award winning artist played a series of blues-inspired rock ‘n roll that drew easy comparisons to Jimi Hendrix. The crowd was receptive and many-a-person could be overheard marveling at this rising star’s sheer talent. A treat to watch. 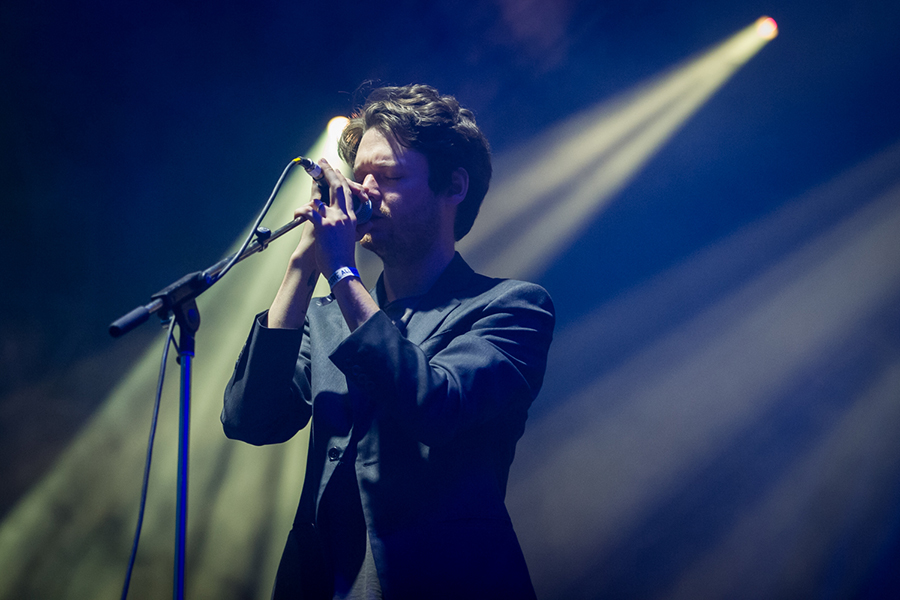 Beirut: Oh, Beirut. With their distinctive, and heavily brassed, indie/baroque pop sound, this band, who originated in Santa Fe, headlined TURF’s first night. Frontman Zach Condon’s silky smooth vocals were delightfully rich and colored, and awesome to witness when accompanied by the blast of trumpets and an accordion. Enrapturing the crowd, their set satisfied the needs of fans eager to hear favorites like “Nantes” and “Guyamus Sonora.”

Violent Femmes: The Milwaukee natives arrived on stage before an anticipatory crowd, including a tambourine-wielding fan who they would later invite to join them for a song. While this is a band with a serious history, their energy remains, especially when charged by the crowd. Offering “Blister in the Sun” and “Add it Up” as set highlights, these guys still put on a great show. 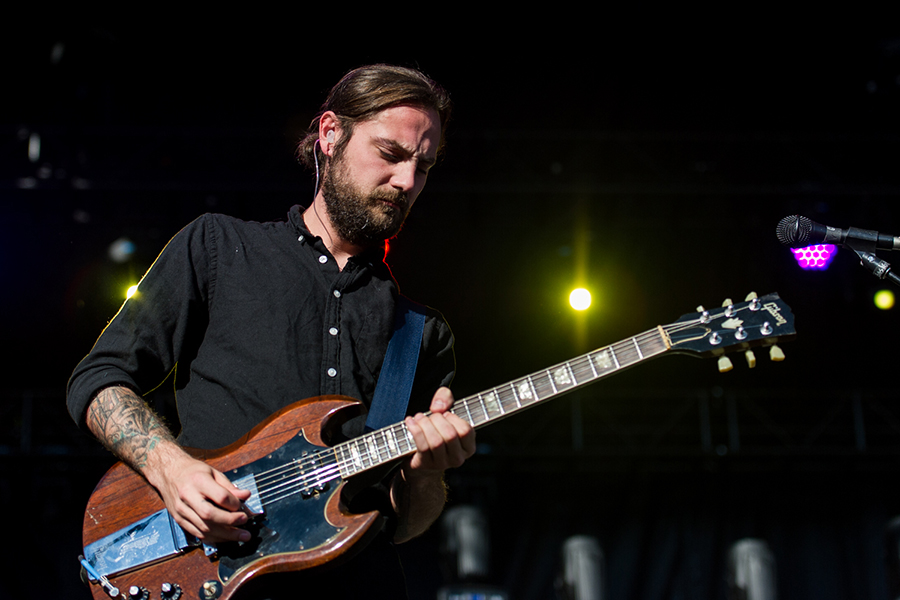 Gaslight Anthem: With frontman Brian Fallon’s gregarious onstage presence (including praising the Violent Femmes for not “having any stinker songs”) the Gaslight Anthem tickled both the emotions and musical senses of TURF’s late afternoon crowd. Playing hits from their earlier records as well as a new single “Rollin’ and Tumblin'” off their upcoming album Get Hurt, the band also strayed into the cover song territory with a rendition of “House of Rising Sun.” Their matching suits and button-downs were suave, albeit palpably sweaty beneath July’s blazing Sun. For a band that’s only been together since 2006, they have a large discography that has helped to drive their appeal. 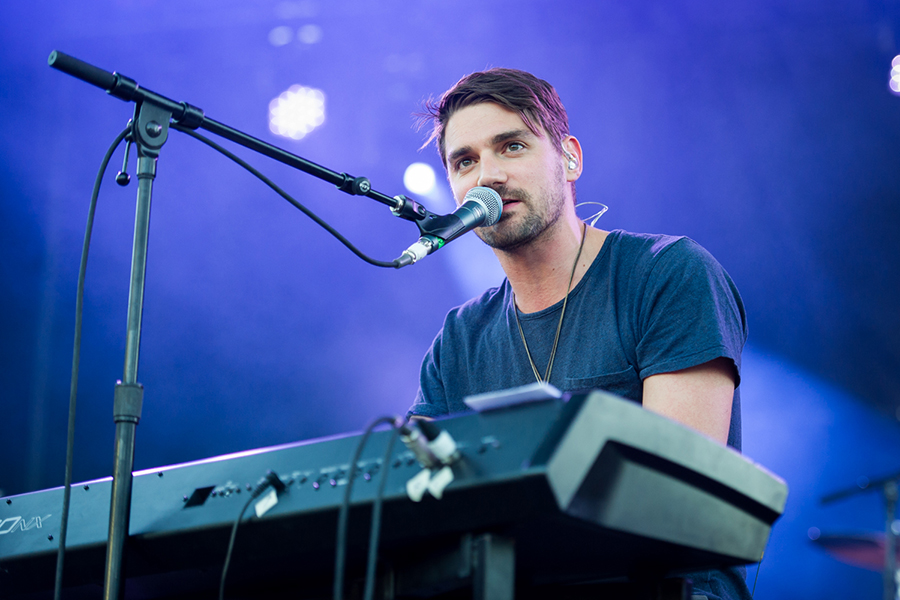 Hey Rosetta! The beloved Newfoundlanders are a fantastic choice for festivals, as they not only offer a laid-back, inclusive vibe, but folk songs that are a romp-stompin’ good time. Frontman Tim Baker tinkled the keyboard and guitar strings, with the six other members playing an assortment of instruments that ranged from violin to drums, bass, and cello. Perhaps due to the group’s sheer size, an orchestral feeling emanated, particularly with hits like “Yer Spring” and  “Young Glass.” Looking forward to new music from these guys.

Sam Roberts Band: Juno Award winning Sam Roberts finished off Saturday’s line-up with a well rehearsed set that showcased Roberts’ vocals and Canadian pride.  It felt fitting to have a Sam Roberts (despite being a Montrealer) headline a Toronto festival, and regardless of your nationality, the set’s upbeat energy was enough to garner appreciation. Playing songs off older albums and his latest record Lo-Fantasy, including crowd pleaser “We’re all in this together,” Sam Roberts is a seasoned musician that knows how to rock.

See more photos from TURF on our Facebook page here. 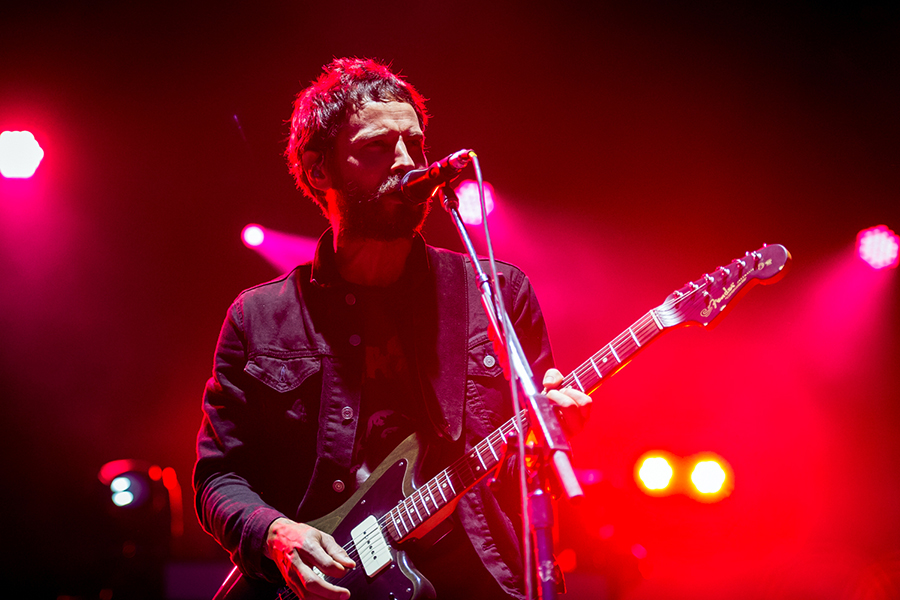