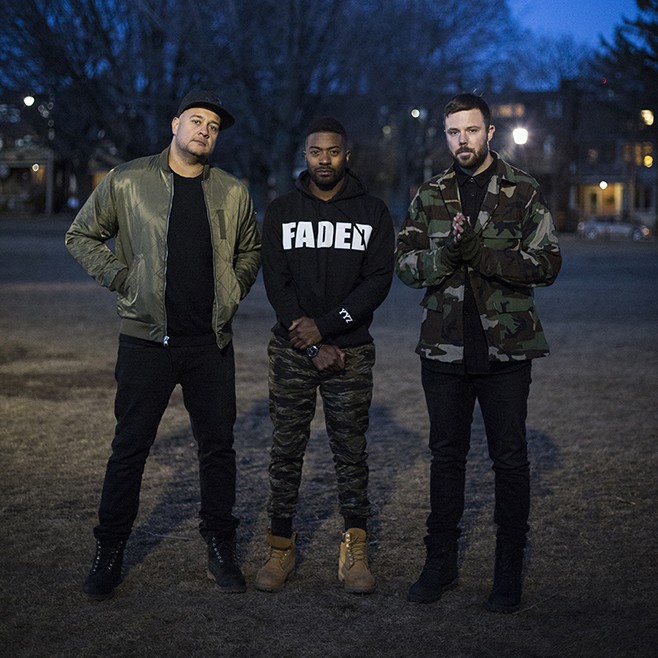 Keys N Krates are having a Birthday Party and it’s not just any party – this is a festival. On August 9th KNK will take over Sunnyside Pavilion for some good old raging and raving with a solid line up of guest performances by Just Blaze, Flat White, Ganz, Tennyson, Ouici, and Harrison. Now that we’ve gotten straight to the point and past it lets have a little throwback, it is a birthday party after all.

Keys N Krates are David Matisse, synth/keyboard, Adam Tune, drummer, and award winning turntablist Jr. Flo. The trio begun operating as a band, some would say first ever DJ band, in 2008. Their remixes of Drake, MGMT, and Dilla, among others, immediately gained attention. The band’s live shows are rather unique, and they are undoubtedly quite proud of the science they bring to their sets.

According to Matisse they “use the DJ as the singer and just interpret around him” deconstructing tracks and reassembling them in real life. The live shows did not go by unnoticed and gained a ton of respect from a variety of critics and fans across north America.

Shortly after, in 2009s, KNK toured with Eh! Team DJs!!! as a part of the Masters of Remix, at the time Red Bull referred to the event as an official bridging between “the raw soul of live instrumentation, manipulation of turntablism and the progressive technology of electronic music”. Matisse, Tune, and Jr. Flo have been no strangers to the RB team since then making appearances on various RB Academy and Thre3style events. This gathering, in fact, is also presented by Red Bull (and no, this isn’t a product plug in, it’s a sign of skill).

Skipping a few years, KNK got signed to Steve Aoki’s Dim Mak some time in 2013 and begun releasing original music starting with critically acclaimed SOLOW EP. That same year Billboard magazine called them EDM’s hottest live band. 2013 also happens to be the year trap music begun taking over basement clubs so it is no surprise that their hip hop heavy sets pushed KNK to the top of the trap bands’ list among the cats like Flosstradamus, DJ Snake, and Baauer.

Fast forward to 2015, Keys N Krates have added three more EPs to their discography (Blackout, Lucid Dreams, and Every Nite) and are on the bill for a long list of major music festivals across North America from Lollapalooza to Sonar.

Admittedly, being local Keys N Krates do play around Toronto quite often, and you may have come across a show or two during your summer festival tour but this event, for quick $20, definitely looks like one you wouldn’t want to miss.