Wavelength is Toronto’s artist-run multi-day Winter music festival. While the organization throws events year round funded by various government support the, February music festival is where their claim to fame takes roots from.

This year the festival runs 4 days, February 13 through 16th so last night we hit up the Adelaide Hall for the second day of the music festivities. Framed by a balcony and lit up by constantly moving abstract projections the stage was actively occupied by Most People as we walked in. As it was still before 10 PM most people of the audience were still trying to make their way to the venue. Somewhere half-way through the Weaves’ set up the room filled up with chattery fans and anxious photographers and so the party begun. 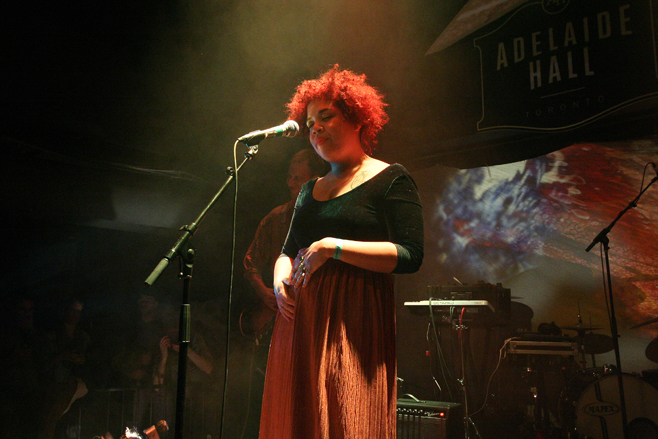 Chart Attack once called Weaves “Toronto’s weird pop future” and they are, admittedly, on the mission to make interesting music. Now, ‘interesting’ means different things to different people, from genuinely interesting to “well, that was out there”, and Weaves are somewhere in between the two. Jasmyn Burke’s vocals are at first unpredictable. She goes from soft surf-rock into (at times off tune) fusion of sounds and letters flying of her tongue like confetti while pacing around the stage like a toddler high on hard candy. They were definitely out there (“I’ll have what they’re on” I overheard in the audience) but the crowd seemed to be into it. The evolving mood of the Weaves’ tracks coupled with the band’s artificial excitement made the set, without a doubt, a memorable one.

Odonis Odonis followed with a hard-hitting electro-shoegaze punk performance but the real highlight of the night was DIANA. Set in smoke and green and blue highlights following the overarching Thank-You’s the band went straight into the set. Elle immediately took the crowd by storm projecting her high energy onto the dance floor and the mood begun to change as the people morphed into a more happy mass. It is Valentine’s day after all, romantic ‘80s inspired synths with a jazzy saxophone is exactly what we needed on this chilly Friday night.

As Indie88 pointed out during the introduction DIANA holds “a special place” in their hearts, I think it’s safe to say that goes for most of the people who attended the show if not before last night than definitely now. 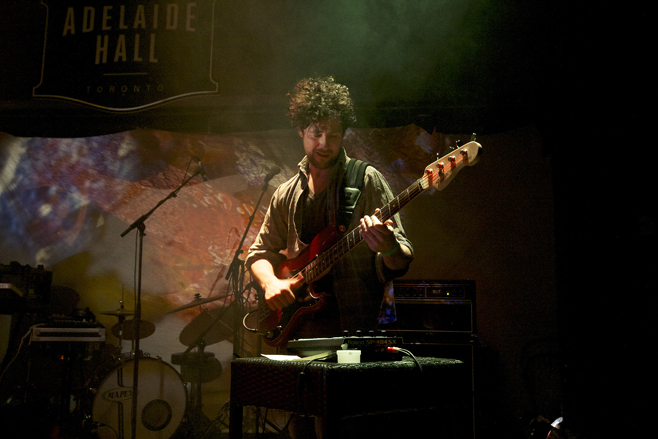 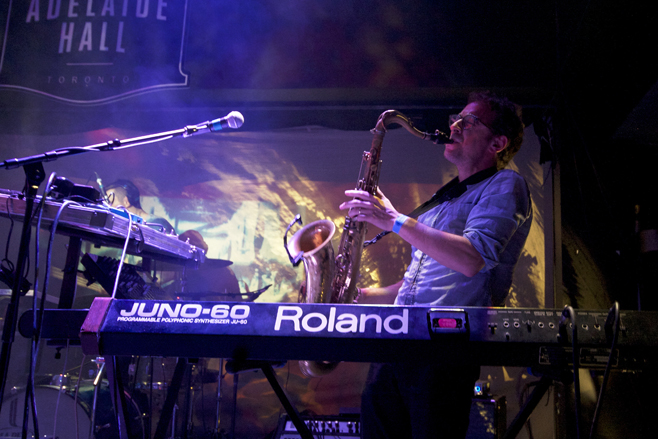