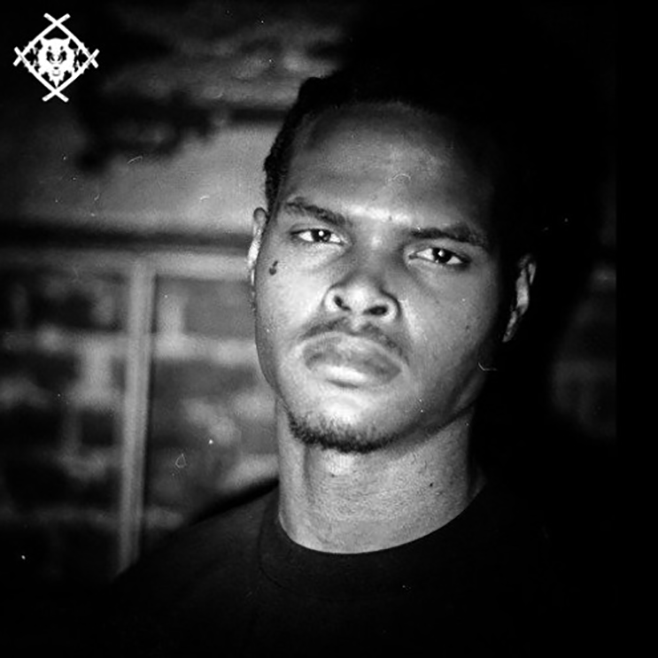 The opening instrumental track of Xavier Wulf’s, The Local Man, sounds like something a trap oriented producer might put together late one night during their stay at a New Age retreat, where “feeling” things is key.  And The Local Man’s production is easily felt. The opener, “Sleet & Hail,” places the listener in a sunny field of warm synths during a mild storm of transcendental 808s.

The album carries on with a hypnotic progression that evokes both 90’s era Three 6 Mafia, and Bone Thugs. A Raider Klan graduate, Wulf ‘s style of lyricism is often compared to both groups, and for good reason; the influence of their music on his overall sound is unmistakable. Still, when listening to The Local Man, it becomes obvious that Wulf is indeed his own man. Having left the Raider Klan to expand upon this sound, he uses frequent shifts in volume and speed to keep his voice from being lost in cloud rap purgatory. The atmosphere in which the music exists is not one of mindless reverb and weed smoke. The production on tracks like “The Hazard,” featuring Eddy Baker, is reminiscent of the delicate precision of Brian Eno’s Ambient 1: Music for Airports.

One of the standout tracks is “Last Step In The 1st Place,” which features frequent collaborator Bones. Anyone familiar with Cartoon Network’s Adult Swim programming will immediately recognize the “absolutely” sound bite from Tim Heidecker and Eric Wareheim’s Abso Lutely Productions, with which it opens. (From a cursory browsing of his Instagram account, one can see his interests in other stoner vices such as anime, Adventure Time, and Canadian cult classic Trailer Park Boys.) His voice is both cool and fragile, when he raps reflectively with “I don’t know what you want/and I don’t know what I want,” the thoroughly depressing piano progression that loops throughout “Last Step In The 1st Place” is satisfying in the way a good cry during a tragic foreign film is.

But the album isn’t all subdued doom and wavy gloom. On “Beyond The Clouds” his playful side comes out with lines like, “She say ‘JK’/She so silly” and “They think I’m Tom Hanks/ I cast away when I hit the spliff/ Jack Wulf Sparrow/ That’s my name when I hit the ship” Smoking is important to Wulf, and at times this subject matter, along with the smoky production can begin to feel a bit repetitive. But this isn’t a long album; all of the ten tracks come in under three minutes, and because of this The Local Man doesn’t overstay its welcome at the aforementioned New Age retreat. In an interview with the Memphis Flyer, Wulf stated that he’s “never recorded a song sober.” Everyone comes down from the clouds eventually, and this album encourages you to do it peacefully